[Naomi Fina, recipient of the NVC Women’s Auxiliary Scholarship for 2022, is the daughter of Mari Horita and granddaughter of Korean War Veteran and NVC Lifetime Member, Akira Horita. She plans to attend Carleton College in the Fall.] 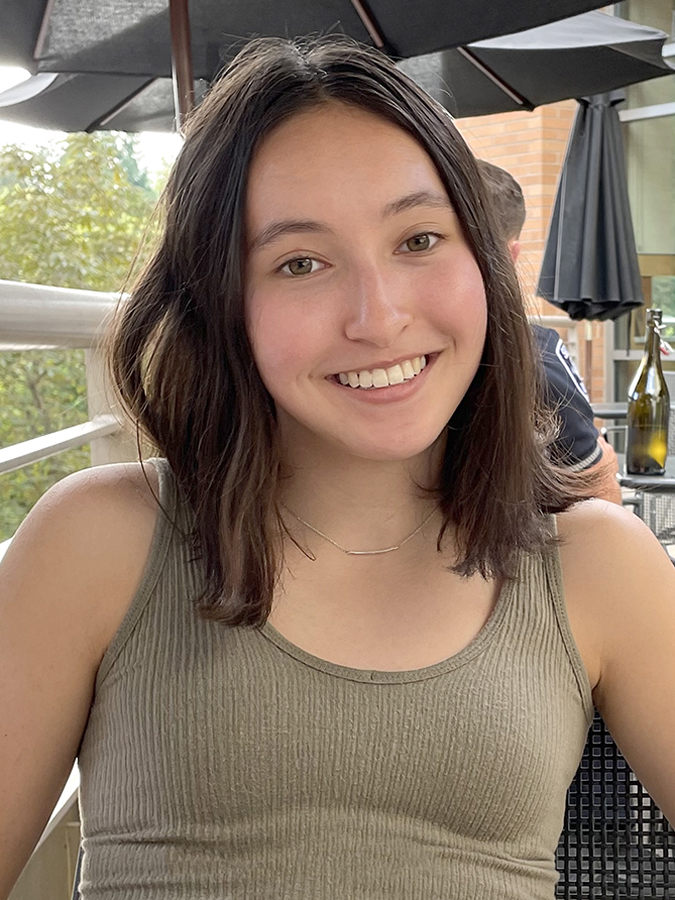 When I think about the history of the Japanese American community, I think of my family. I think of my grandfather, who worked harder than everyone else just to get onto the same playing field. I think of my mom, the strongest person in my life, whose never-ending determination has guided me throughout my life. And I think of my grandmother, whose resilience in the face of unthinkable adversity has shown me what it looks like to rise above.

Like millions of kids across the country, I grew up a child of divorce. My parents separated when I was eight and decided that I would split time with them evenly. Thus began a weekly trek across neighborhoods, carrying backpacks and sports bags in between. The logistical aspects of divorce are difficult, but as the years went on, they became routine. What challenged me for years was the shift in culture that I felt every time I switched from one house to the other.  I began to sort life into two categories: Japanese, Mom’s house. White, Dad’s house.

At my mom's, I felt understood as a Japanese woman: My mom is a 3rd generation Japanese American who witnessed the effect that Japanese incarceration had on my grandparents and fought hard to give me a better future than they could’ve imagined while behind barbed wire in 1942. She is the person who understands my academic mindset, my competitive drive, and my love for family. As hate crimes against Asian-Americans rose throughout the pandemic, it was her shoulder I cried on.

That isn’t to say that I didn’t occasionally feel like myself at my dad’s house: he’s the person who best understands my passion for ultimate frisbee, the sport I’ve played since age eight. But as a white man with a Japanese daughter, disagreements arose between us that would make the Asian part of myself cringe. No, I’d think, your mispronunciation of a Japanese city wasn’t THAT funny. No, it wasn’t “fine” when political pundits talked about Japanese incarceration being a reasonable decision at the time.

At age 17, I’d almost accepted that this constant shift in cultural mindset was permanent and would ease once I entered college. On a particularly difficult afternoon, I walked on the beach with Bāchan, who told me, “I know it’s hard. I’ve seen you trying. I’ve seen him trying too. I know it’s hard to find things in common with him, Naomi.” She paused, making eye contact. “If you need to take a break, take a break. But don’t shut him out. He cares about you. He wants to understand.” Once again, my family was here providing me with their resilience, the kind that comes from a culture of healing and caring. While I still have a long journey ahead of me in terms of understanding my identity, I take comfort in knowing that my family and culture are behind me, lending me strength throughout the way.