[TJ Okamura, 2022 recipient of the Nisei Veteran's Committee Scholarship, is the son of Tim Okamura and grandson of NVC Member, George Okamura. He currently attends the University of Washington.] 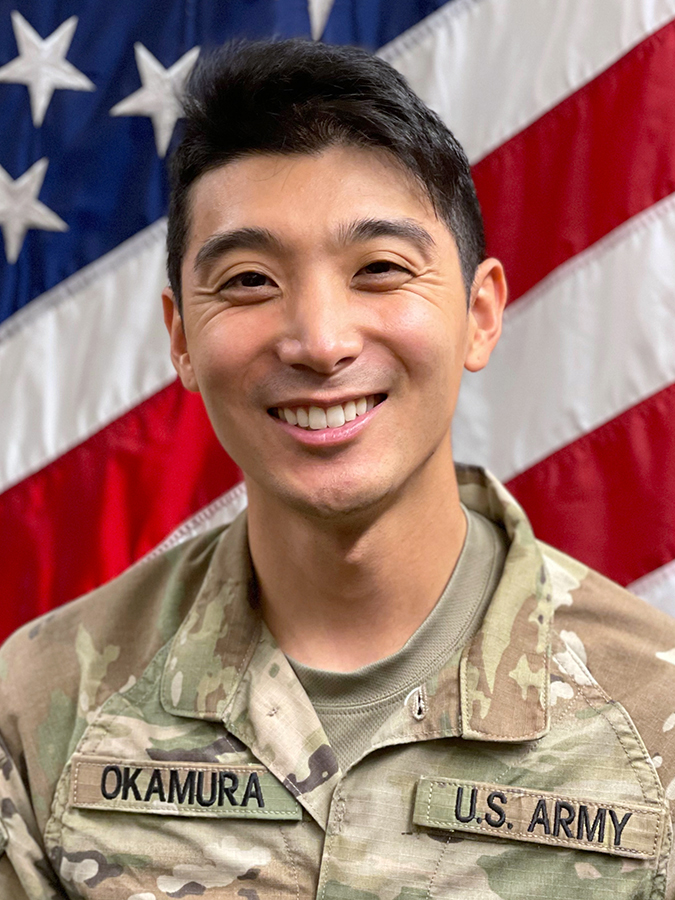 The history of the Japanese American community is embodied by the gaman spirit, to persevere even in the face of adversity. My father’s side of the family is no different. My great-grandfather immigrated from Yamaguchi Prefecture to the United States where he operated a laundry business that eventually grew to be one of the largest Japanese owned businesses on the West Coast. His success allowed him to support other Japanese businesses in the International District. The laundry business is where my grandfather grew up working as well, right up until he and his family were forced from their homes under Executive Order 9066. Under the authority of the President of the United States, they were sent to Minidoka War Relocation Center. They lost everything.

Despite devastating loss and discrimination from his own government, they persevered. My grandfather volunteered for service in the 442nd RCT, serving two years in Europe and reaching the rank of corporal. Upon discharge, he would go on to graduate from Harvard and become the head of a Japanese trading company, becoming President and Director for two of its divisions simultaneously. Again, through the spirit of gaman my grandfather reforged his life from nothing.

As a Yonsei of mixed Asian heritage, their achievements and sacrifice serve as my motivation to succeed daily. At present, it influenced my decision to follow my grandfather’s footsteps and enlist in the United States Army Reserve at 27 as a Geospatial Intelligence Analyst, with the purpose of pursuing a commission and attending graduate school in the future. This dream came true in 2019 when I was accepted into the University of Washington’s Jackson School of International Studies graduate program. Balancing both the Army and school has constantly forced me out of my comfort zone, physically and mentally straining me. Through gaman, I have come out stronger because of it. I maintain a 3.89 GPA. I have held several leadership positions both in the Army and UW ROTC and am on track to commission in June 2022 upon graduation with a master's degree in Japan Studies.

Their legacies have prepared me to succeed and shaped who I am now. I take their gaman spirit to heart. I recognize that their hard work put me in a position ahead of where they started themselves, which enabled me to reach achievements that neither I nor they would have thought possible. I owe it to them to continue to strive to be the best I can be, despite the challenges and setbacks that being a minority presents in today’s America. I owe it to them to drive on no matter what. There is no other option but to make them proud of what I have done and pass their achievements and history onto the next generation.