[Tali Tamaki, 2022 recipient of the Col. Jimmy Kanaya Scholarship, is the daughter of Steve Tamaki and Michelle Chinn and granddaughter of Tetsuo Tamaki. She will attend Seattle University in the Fall.] 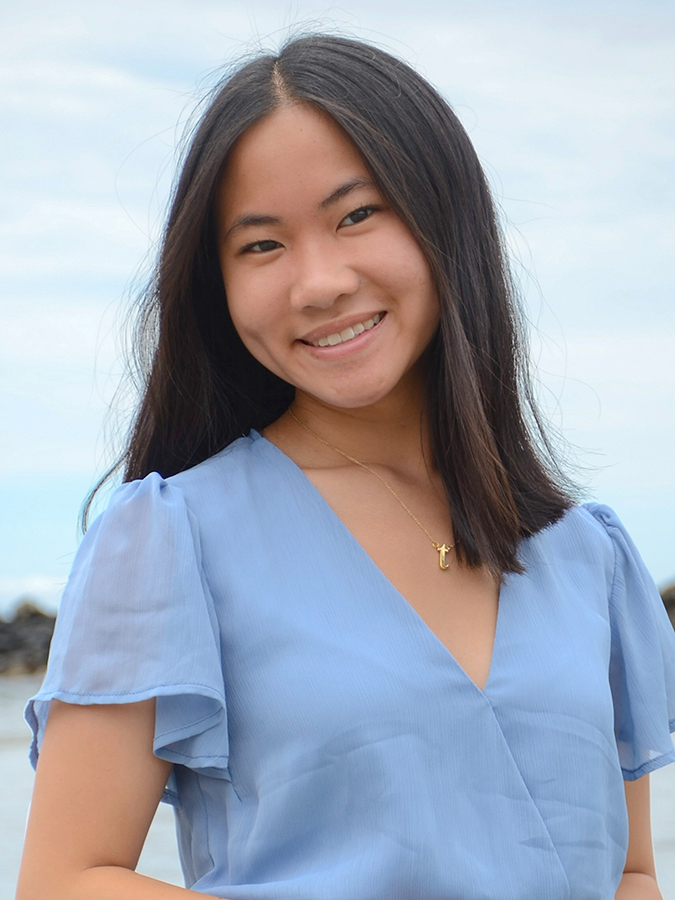 I am fortunate to have grown up with a strong Japanese influence in my life despite only being half Japanese. I have had opportunities to learn about the culture, traditions, and history of my Japanese heritage. This knowledge has allowed me to understand and appreciate the experience and sacrifice of the Issei, Nisei, and Sansei. Despite having never met my great-grandparents, I feel as though I knew them because of the ways that my Bāchan and Jichan speak of them. I am grateful for their sacrifices, knowing the hardships they endured that ultimately led to me being here today. They battled racism at an intensity that I have never known and persevered constant false stereotypes that surrounded them.

More so, I am thankful that my family has such tight bonds.  It has created a strong relationship between me and my grandparents.  Their stories and those of other Nisei who also faced discrimination and racism during their lifetime, helped trailblaze a brighter future for my generation. My Jichan often tells me about his time in camp Minidoka and how he was forced to graduate in captivity, reminding me of how fortunate I am to be graduating in a real school. While my Bāchan did not go to a camp during the war, she still felt the effects of the discrimination. She often tells me about my great uncle, Tom Kubota, who was a proud member of the 442, fighting for his country and proving his loyalty to them, despite the fact that they still saw him as the enemy. And while the levels of discrimination against Japanese Americans in our country had improved after the war, small signs of it were still present during the Sansei’s childhood. My father recounts times when he was the only Asian student in a class growing up in Portland, Oregon.  I have never experienced this in the richly diverse and accepting community I am a part of, in part due to the gradual assimilation in sometimes unwelcoming neighborhoods of the Issei, Nisei, and Sansei generations.

The determination of past generations is the reason why I am almost always in a setting with someone who looks like me.  They are the reason that the worst discrimination I have had to withstand was immature racist jokes which have since decreased. Most importantly, they are the reason why I am here today, as a proud Japanese American woman who is graduating from high school and going into college and the world, where the opportunities for me are limitless.