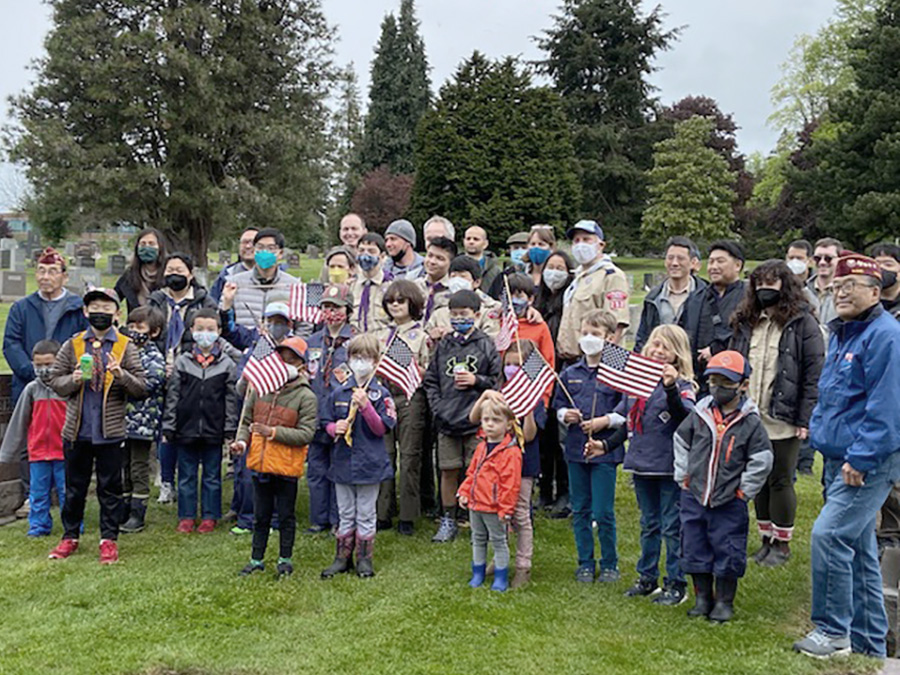 Again this year, the Seattle Buddhist Temple Boy Scouts and Cub Scouts placed over 350 US flags at the graves of Military Veterans buried at Evergreen-Washelli cemetery. The majority of the graves are Nisei veterans who served in WW II.

The Scouts followed maps of the grave sites developed and maintained by Craig Omoto. The Scouts were directed by Scoutmaster Corey Murata and Cubmaster Rob Ketcherside.  Many of the Scout parents assisted in the flag placing along with Commander Mike Yaguchi, Craig and Sheila Omoto, and Shiz and Dale Kaku.