On April 13, 2022, Kimitomo Muromoto received the French Legion of Honour at the NVC Memorial Hall from the Consul General of France in San Francisco. 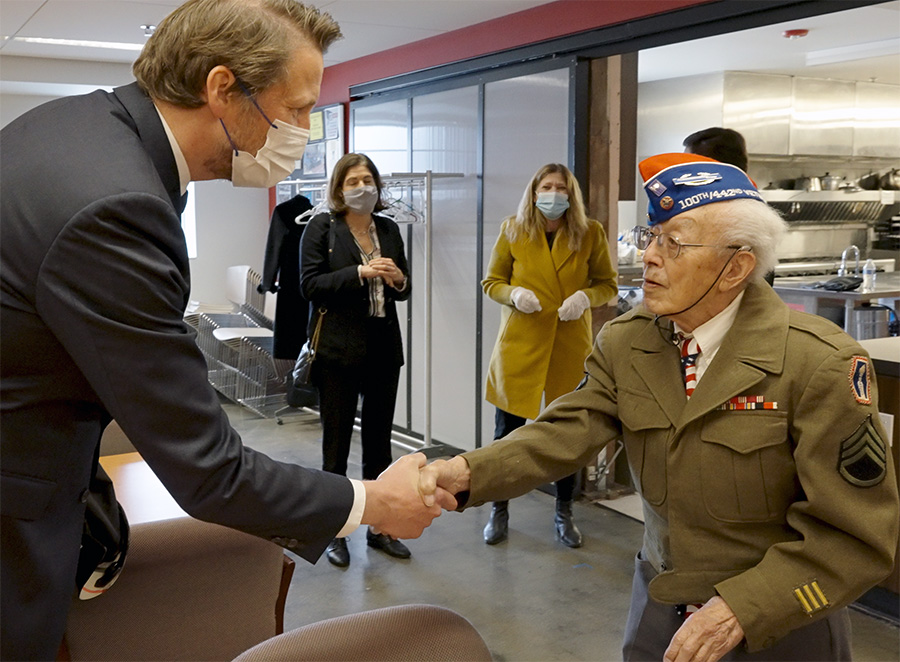 Kimitomo Muromoto was inducted into the U.S. Army from Tule Lake Segregation Center on April 27, 1944.  He served with George Morihiro as a BAR team in I Company.  Almost 78 years later, his extended family were witness to Consul General Frédéric Jung’s presentation of the highest distinction awarded by France.  Only a few medals are issued each year.  Kimitomo, who goes by Kim, says that it is not about him, but the story of the soldiers of the 442nd and the MIS who served during WWII, especially those who volunteered after being incarcerated in a concentration camp.

Much of his story is included here in the text [and transcript] of Consul General Frédéric Jung’s presentation: 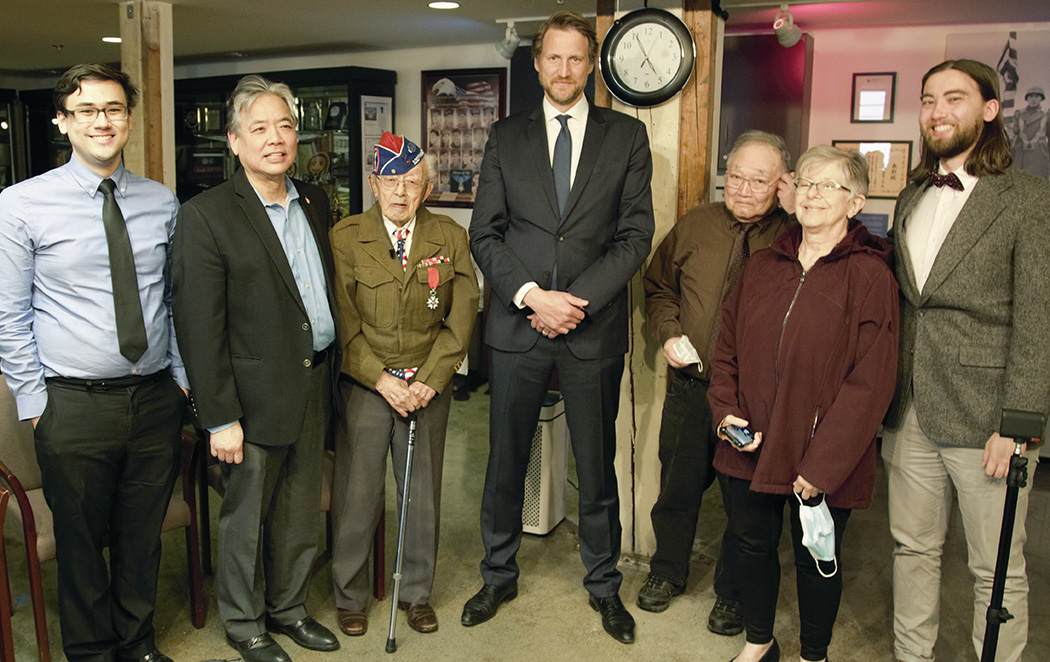 On behalf of French government, I would like to thank you all for joining us today for this moment of friendship and of celebration, which gives us the opportunity to highlight the path of an American citizen who showed remarkable courage during a tragic period of the history of France, and who contributed to create a bound like no other between our two countries.

As French Consul general in the United States, I am particularly moved and I feel privileged today to be part of this truly exceptional occasion where we, French citizens and institutions, can solemnly express our deepest gratitude to a war veteran who fought at the risk of his life to liberate our nation. 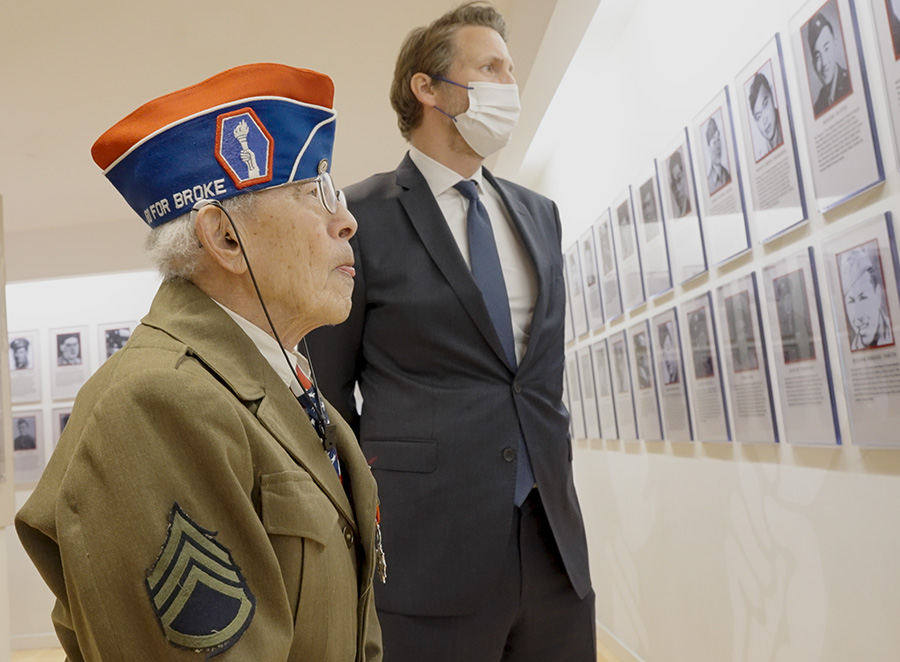 Your journey is impressive. You were born in Bellevue in January 1923. You are 99 years old! You spent your pre-adult years working on farms, until you were inducted into the U.S army in April 1944.

You arrived in the European Theatre of Operations to serve as an assistant Automatic Rifleman in the 3rd battalion of the famous 442nd Regiment Combat Team, a regiment composed almost entirely of Japanese American Nisei combatants.

[I must say I have had the privilege to honor Nisei veterans in Hawaii, so I am familiar with the 442d and the GO FOR BROKE motto. And I understand you yourself have attended numerous reunions in Hawaii.]

From mid-November 1944 to March 1945, you and your friends from 442nd Regiment received orders to lead 2 crucial operations in the Rhineland-Vosges and Maritime Alps Campaigns where you participated to the destruction of the German army. 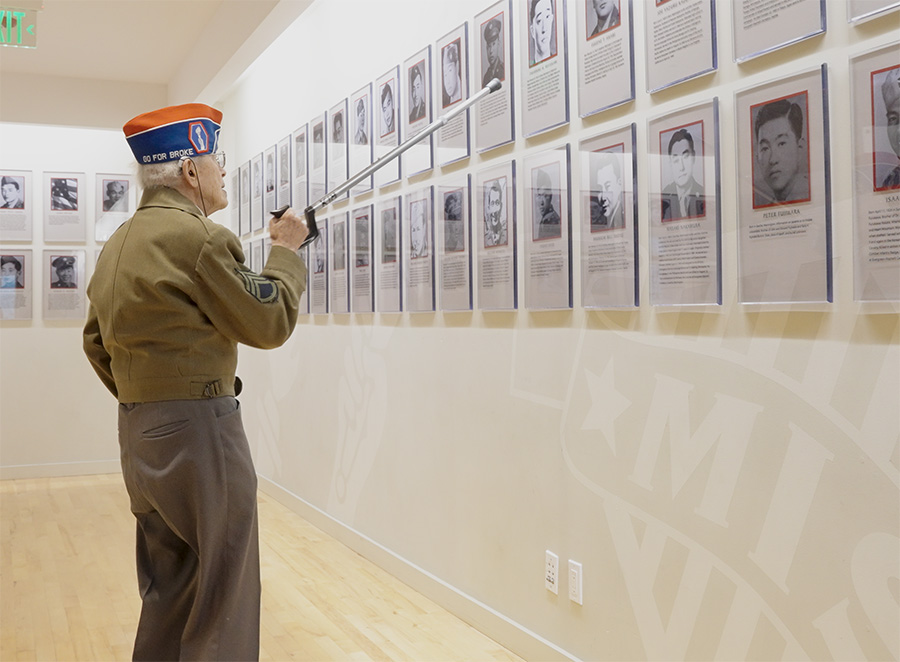 [I myself come from the Alsace Region in Eastern France. I am very conscious that I owe you personally.]

Your self-sacrifice and heroism were key to successful Allied combat operations during both of these military campaigns to liberate France from the oppressor.

[Allow me here to highlight the admiration one must have for the Nisei soldiers, who fought for the freedom of another country, while their own family was forcibly incarcerated by the authorities of your own country in a concentration camp despite their American citizenship. And in your case, your parents and siblings were relocated to 3 relocation centers across the West.]

With your fellow combatants, you enabled the liberation of towns and villages of Eastern France such as Bruyeres, Belmont, Biffontaine, La Housseire.

In the Maritime Alps area, you protected the right flank of Sixth Army Group along the French-Italian border and you held defensive positions. You also maintained the security of the French coast from Cape Martin to the Italian border.

Confronted to the tragic deaths of numerous brothers-in-arms, you used to give them this piece of advice: "when you advance find a slope or hill to dig a foxhole for protection. When the artillery or mortar shells come, you will be a little safer".

You always did your best to help your fellow combatants in this war, especially in providing them medical assistance when the medics were overwhelmed or also wounded.

Sometime, fate was also on your side. One day, you saved the life of a fellow soldier by asking him a simple question that made him move his head and instead of receiving a bullet in his head, he received it in his ear.

Given these terrible memories of war, I wish I was able to say barbarism has now long disappeared in Europe.

Unfortunately, it has not. The evils of territorial expansion and savagery have resuscitated with the unprovoked Russian military invasion of Ukraine. Again, civilians are confronted to the absurdity of war, and exposed to the most terrible war crimes. 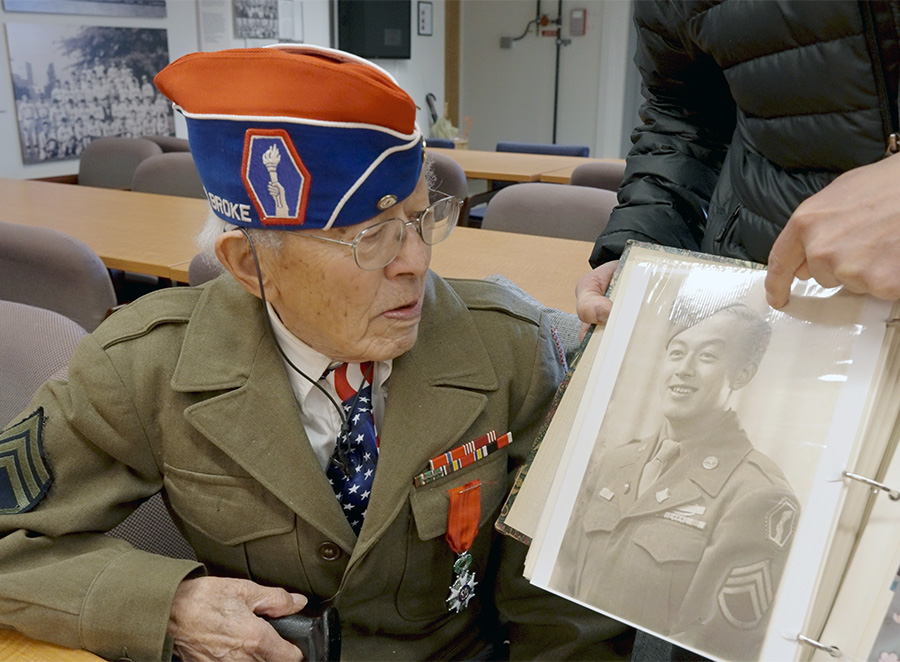 In this context, it is even the more essential to remember what you have been through, to convey to the younger generations your story, your terrible experience of facing barbarism, and to recall your bravery, which allowed freedom and justice to prevail.

This is why I now express to you, in the name of the people of France, our most sincere appreciation for your actions. As young men, you and your comrades left your country, your families, and your friends to risk your lives to defend our common values of liberty, tolerance, and democracy.

France has not forgotten and will never forget the unbelievable sacrifices you made.

We, the French people, know exactly what we owe to the American people, to the US Army, to the men and women who dedicated their lives to save France and Europe.

We, the French people, know exactly what we owe to you personally. Thanks to you and thanks to America, people of my generation were allowed to grow up in a free country.

As decided by the President of the French Republic, I will now bestow the Legion of Honour upon you.