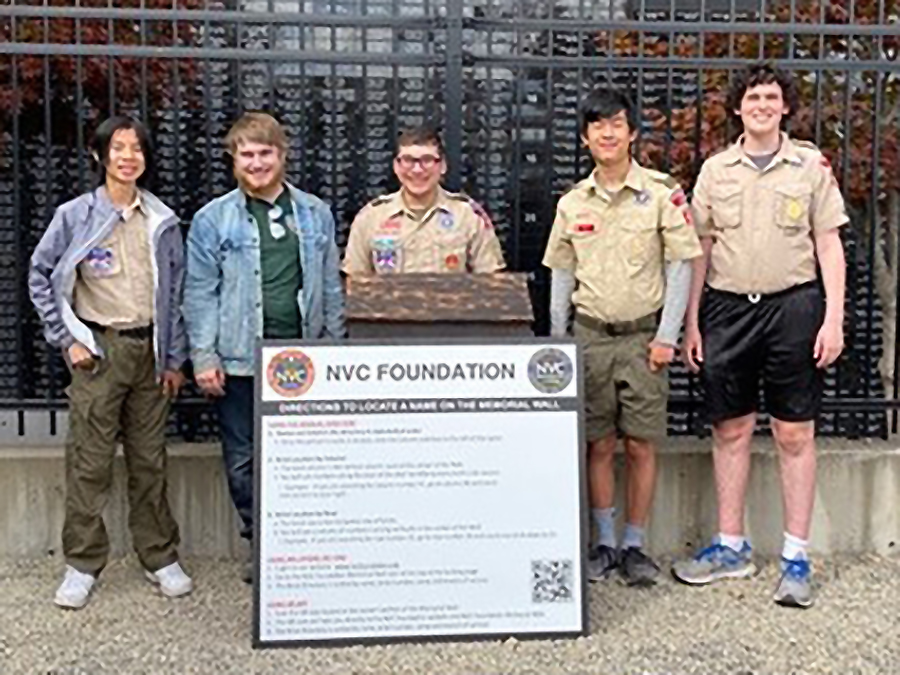 Work on this project, including the planning phase, began after the Life Scout Board reviewed and approved it.  This was a very formal and structured Scout proposal that will earn Ryan an Eagle Scout Badge.  This project is the second to last step on his way to earning the rank.  His last step will be to participate in an Eagle Scout Board of review and organize an application packet to submit to the Seattle Scout Council.  The packet will include this Eagle Scout project, all merit badges earned, ranks earned, service hours completed, miles hiked, days camped, and miles ridden on his bike.  The Council will verify everything in the packet, and if he meets all requirements, he will be granted the rank of Eagle Scout.

As most of you know, there is a Memorial Wall with bricks at the Nisei Veterans Committee (NVC) Hall. Each brick has a name of a Japanese American veteran who fought during WWII, Japanese Americans incarcerated during WWII, and other more recent veterans. The Memorial Wall has needed a housing box that can hold the directory so that all have access for help in locating each brick.  A part of the project included cosmetic clean up.

We greatly appreciate the hard work and planning Ryan and his crew put forth to make this project a success!   Ryan made many significant enhancements from what existed previously.  Thank you, Ryan!