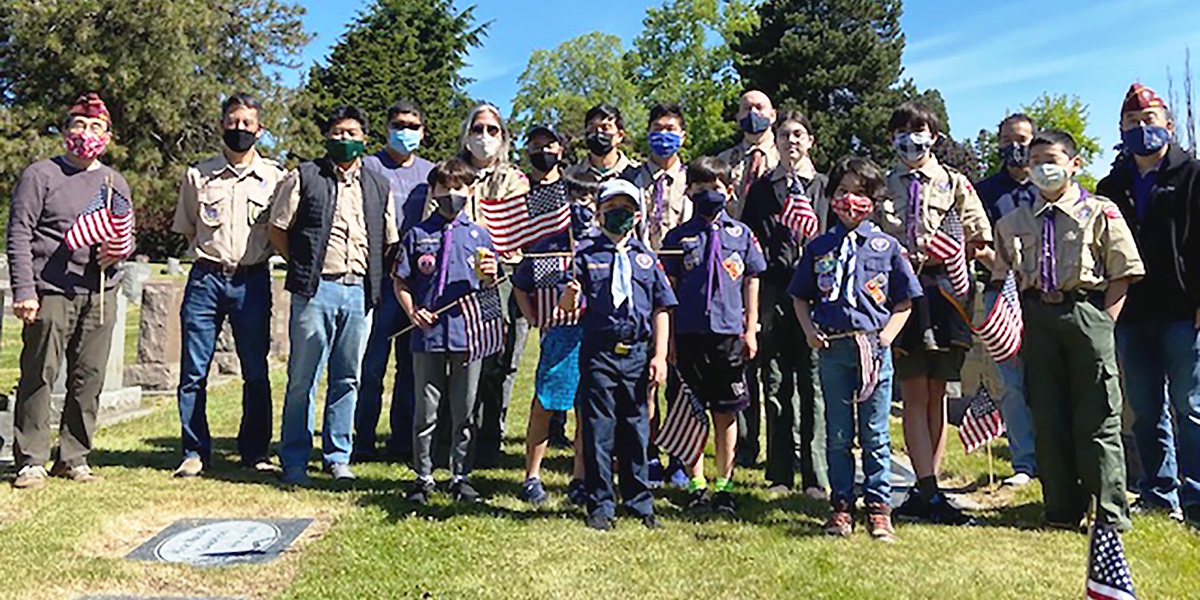 After a one-year COVID 19 postponement, the annual NVC U.S. flag placing at Evergreen-Washelli Funeral Home & Cemetery was continued on Saturday of Memorial Day weekend.  Over 350 flags were placed at the grave sites of Nisei Veterans. 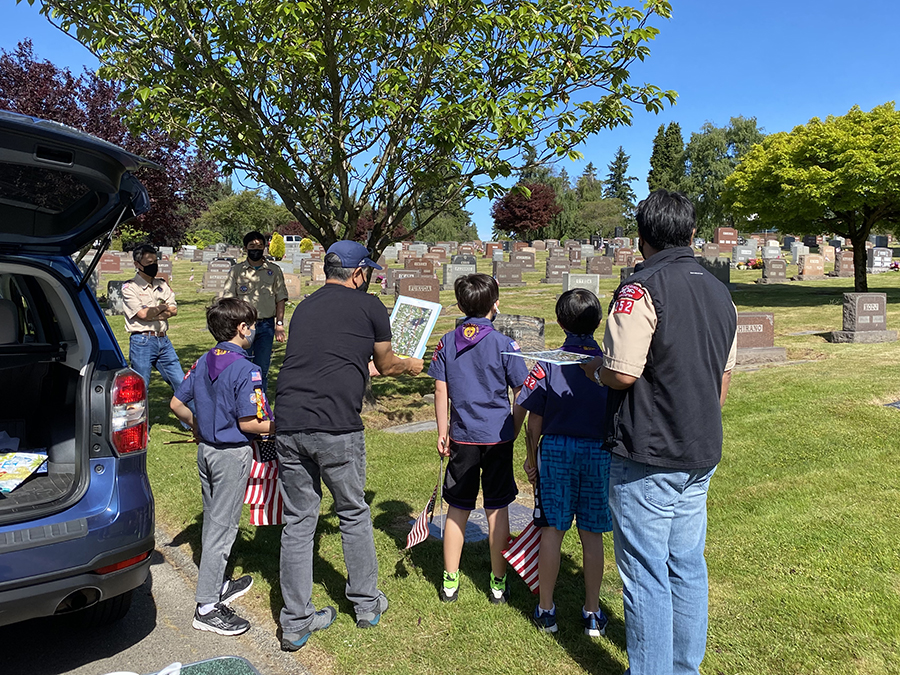 In recent years, combinations of Scouts and NVC members walked through the cemetery to place the flags at the Nisei headstones.  This year, the flags were placed primarily by the Boy Scouts, Cub Scouts, and their parents, from the Seattle Betsuin Temple Troop/Pack 252.  Hopefully it was a meaningful activity for the boys to honor all the Nisei Veterans who served our country.  The Betsuin Scouts were directed by Scoutmaster Corey Murata and Cubmaster Rick Kawaguchi.

The placing of flags was completed in about 1 ½ hours, thanks to the excellent gravesite maps produced by Craig Omoto.  Craig developed maps of the grave sites about 15 years ago after helping his father-in-law, the late Tosh Okamoto, place flags at Washelli.  In those days, the NVC volunteers would roam the cemetery searching for Nisei Veteran headstones or plaques.  The flag placing took all morning and then volunteers would retire to a local fast-food restaurant for lunch. 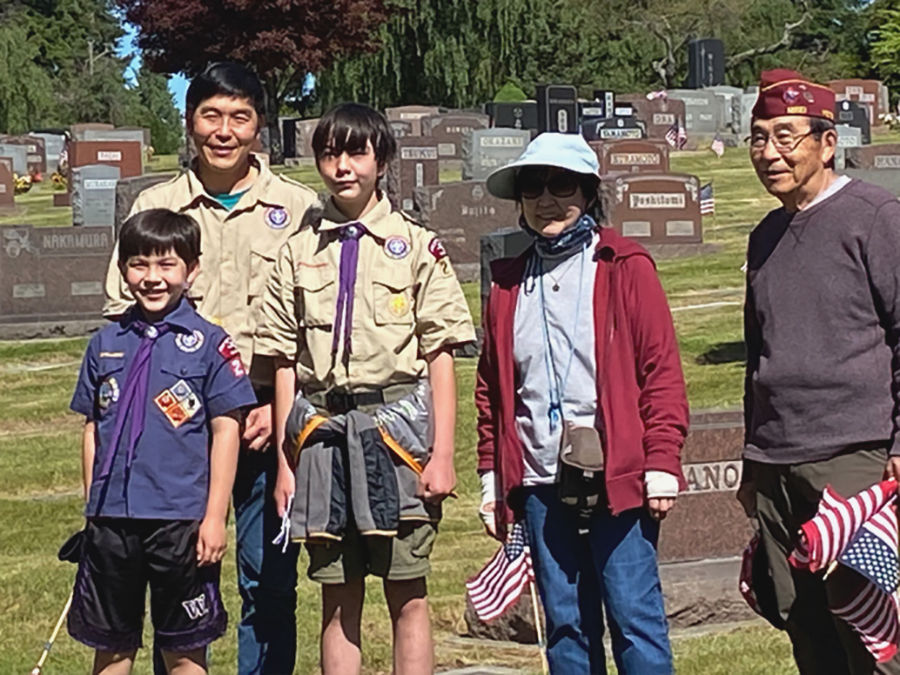 Craig, with assistance from his wife Sheila, produced the grave site maps from overhead photos of the cemetery.  Craig also notes the passing of the Nisei veterans and updates the location of any new graves at Washelli.  He frequently visits the cemetery during the year to confirm grave locations on his maps.  He stated that if there are new or missed gravesites, please notify NVC, and we will update the maps. 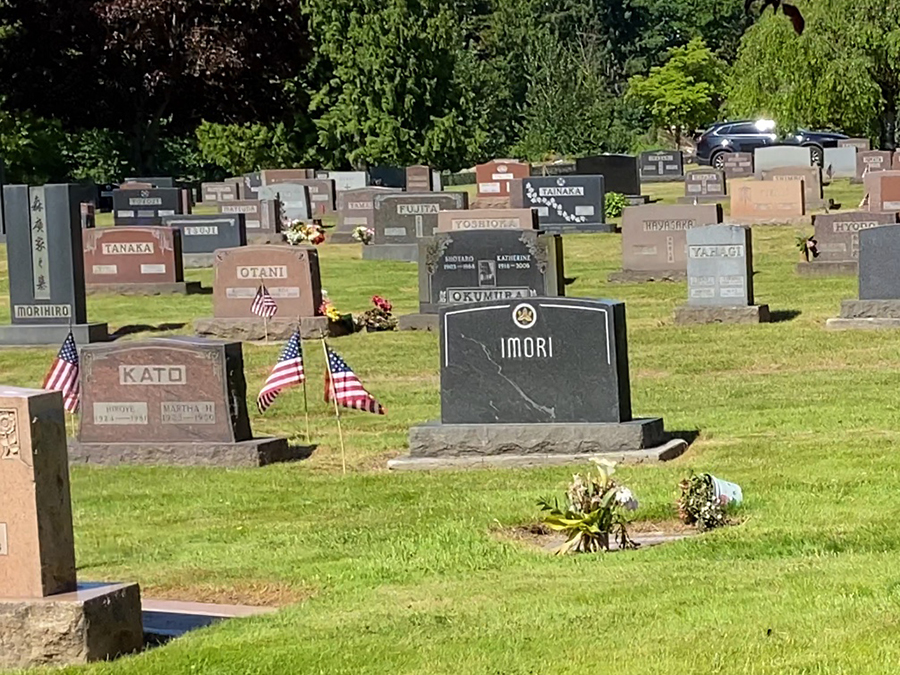 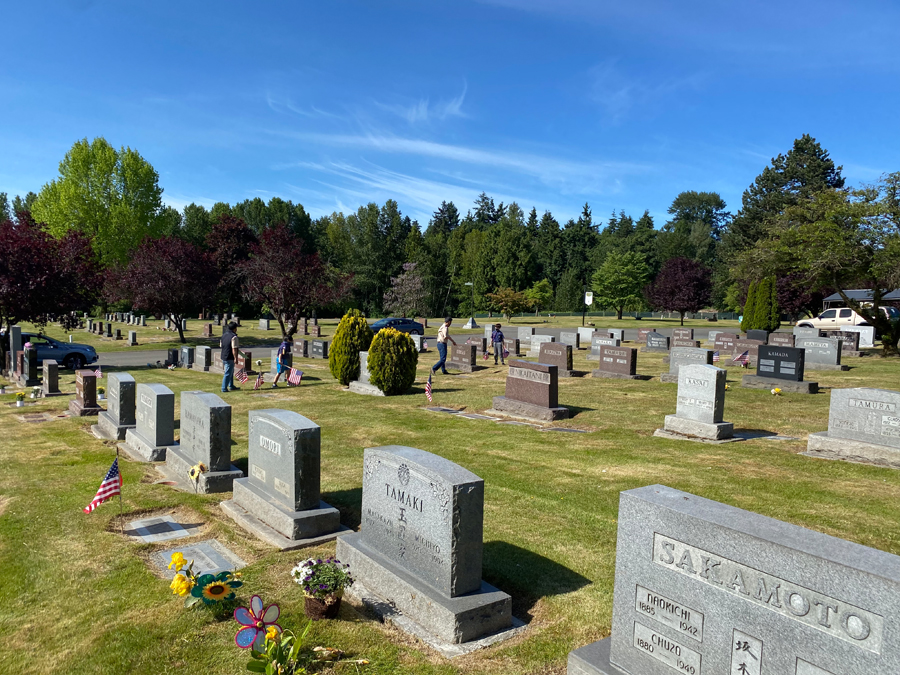 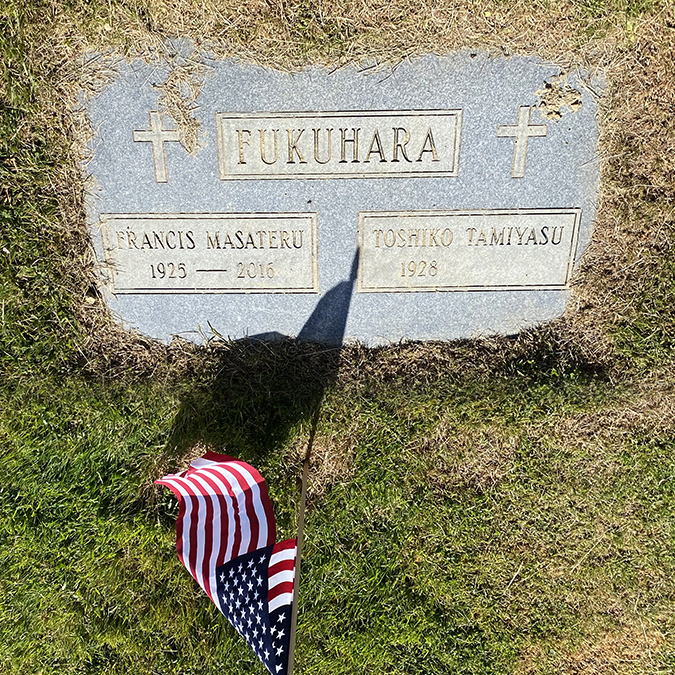