On Saturday, April 17, 2021, Fred Shiosaki returned home to his beloved Spokane Valley and his wife, Lily. My cherished friend, dedicated public servant, environmentalist, war hero, and avid fly fisherman died peacefully at the age of 96 on April 10 in Seattle. 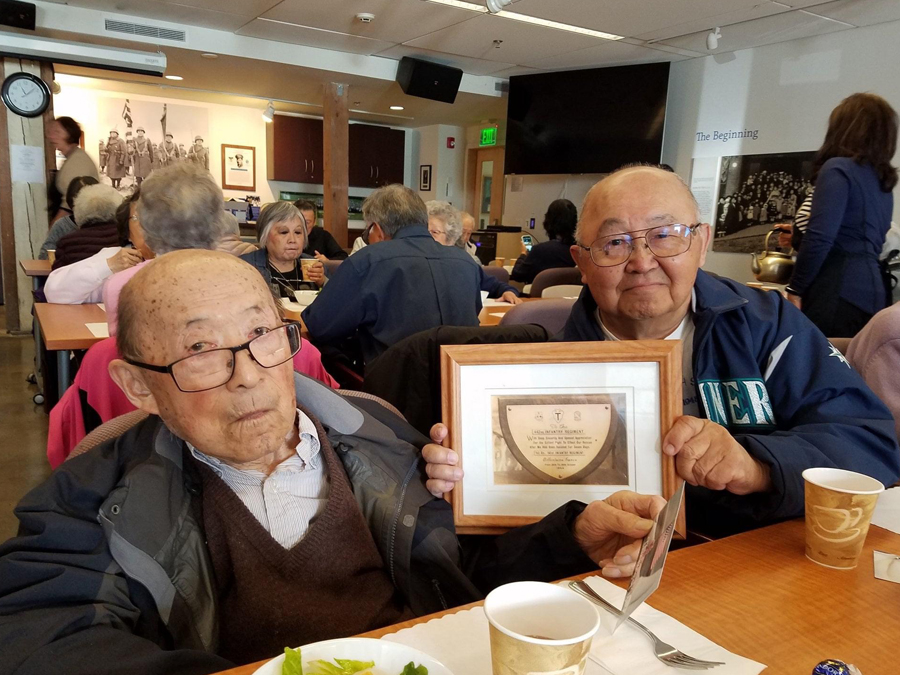 We first met in 1990 when Fred was appointed to the State Ecological Commission by Governor Booth Gardner. Among my duties at the Department of Ecology -- as charged by my director -- was to keep the commission busily “entertained and informed” (but not meddling with agency policy or programs).

Unlike most citizen volunteers, Fred was not one to be merely “entertained and informed.” As commission chairperson, he used his own experiences as the Spokane County Regional Clean Air Pollution Control Authority director to probe our department’s environmental management programs.

Fred continued his voluntary public service as a member of the State Fish and Wildlife Commission in 1999. His leadership was recognized when the new regional office in Spokane was named in his honor.

After his retirement, Fred and Lily moved to Seattle, as the latter’s health declined and to be nearer to their son, Michael.

We renewed old acquaintances and swapped stories of the “good old days” of the environmental movement. I occasionally joined them for lunch at Aegis of Madison.

Fred and Lily quickly became favorite and honored guests at the Nisei Veterans Committee luncheons and functions. Even as memory faded, he would ask the names of his 442 buddies that were at the luncheon. 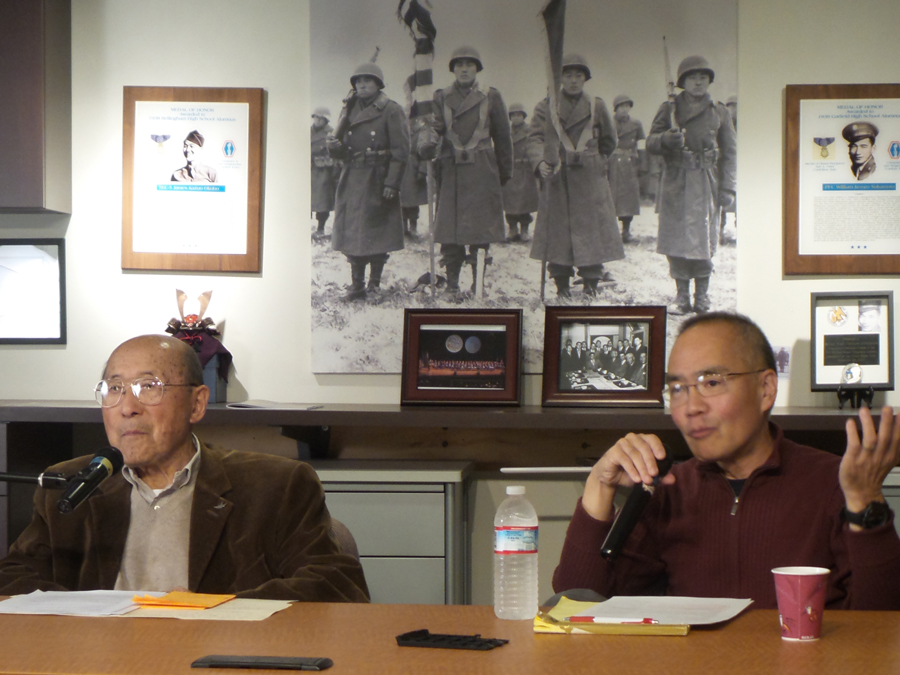 Fred’s family history is centered in Spokane. His father emigrated from Japan to British Columbia as a Canadian Pacific railroad laborer in the early 1900’s. He walked across the border near Spokane. “Crossing the border was a little easier then,“ Fred explained in his typical, dry humor.

With a partner, his father started a laundry in Hillyard -- Spokane’s industrial area.  He and his three brothers and a sister grew up in a mostly white neighborhood.

When WW2 broke out, Spokane was outside of the Department of Defense “exclusionary zone.” Nikkei residents there were not subject to EO9066.

“I wasn’t much of a freshman student at Gonzaga. When I heard they were seeking volunteers for an all-Nisei army unit, I enlisted.  My father was furious. He said I was “baka“ (dumb),” Fred recalled.

“When I got to Camp Shelby, there were Hawaiians also training. Contrary to rumors, we statesiders (“khatunks”) did not get along with them (“buddaheads”). I think the language barrier was the main cause. They spoke Pidgin English—a mixture of all the races in Hawaii,” Fred explained.

Following training, Fred landed in Naples, Italy, as a member of the 442nd Regimental Combat Team. “We were joined by the Hawaiian-based 100th Battalion (Separate) who already saw combat duty in North Africa, Sicily and in Italy at Casino and Rome. Then we began the push into Northern Italy, then to France and back to Italy as the war concluded,“ Fred said.

History will call the unit the “Most decorated WW2 US Army unit for its size and length of service.” Fred was in Company K, 3rd Battalion when the unit rescued the 211 members of the Texas Lost Battalion in France. After the battle, he was one of the 17 survivors from the 186-member company unit.

“It’s pitch black ...we hung onto the guy in front, stumbling and falling ...couldn’t chicken out …we reach the top of the hill onto a ridge…the fire fight’s intense…bullets and shells…trees exploded over head from the artillery…a piece of shrapnel hits me on the side….we dug in….On the fourth day, big Colonel Purcell… about 6 feet 6 inches of him... stands up and yells ‘Come on you guys, Let’s go! Let’s go!’...the firefight ends, and artillery sounds come from far away… We had reached our goal “

Fred loved fly fishing. He always tied his own flies -- small, delicate, feathered creations. He was a catch-and-release advocate.

Several times he demonstrated how to tie flies, showing me his latest creations.  Fred made one for me. Today that fly is pinned to my Nisei Vets cap.

It’s a reminder of this gentle, kind man—a true hero.