Takeko "Tak" Todo was born in Seattle, Washington on April 3, 1927. She lived with her mother (Hideyo), father (Takeshi) and 3 sisters (Keiko, Yoshiko, and Donna). Her mother was a teacher at the Japanese Language School in Seattle, and her father was a truck driver. Tak and her sisters’ childhood was simple. They went to regular school during the day and Japanese school in the early evenings. They walked to the movies downtown on the weekends, listened to music, and enjoyed time with family and friends. In 1941, Tak was a Sophomore at Garfield High School when Japan attacked Pearl Harbor and her life changed forever. These years helped define the woman she would become. 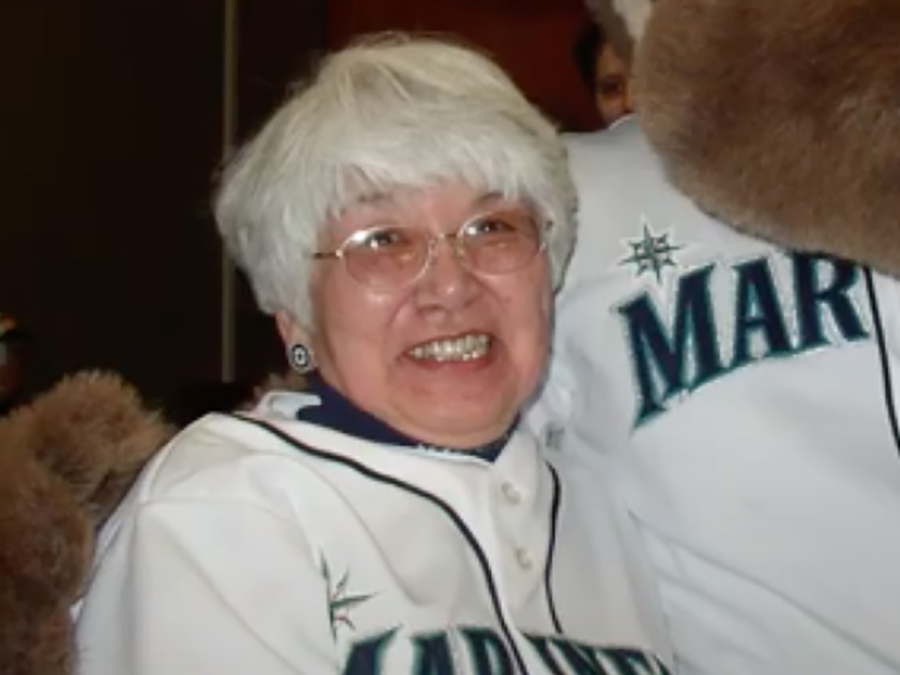 In 1942, as a result of Executive Order 9066, Tak along with 120,000 men, women and children of Japanese ancestry who lived along the West Coast were incarcerated. Tak's family was removed from their home, allowed one suitcase each, and taken to Camp Harmony in Puyallup sleeping on straw beds. They were later taken to be incarcerated in the Minidoka camp near Hunt, Idaho.  Even under these harsh circumstances, Tak demonstrated her perseverance by making the most of her camp life.  She continued her education, demonstrating strong skills in math and bookkeeping, and she and her friends were affectionately known in the camp as the “lipstick girls” as they left lipstick on the glassware.  Throughout, she remained positive and driven to create better opportunities for herself.

As an adventurous and intelligent young woman, Tak decided she wanted to receive a deeper education.  In 1943 she applied for a job through the War Relocation Authority and went to Toledo, OH to care for three girls and complete her high school education. After turning down a full college scholarship she worked another year and moved back home to Seattle to be with her family. As one might expect, her mother was not thrilled about this decision. However, Tak's perseverance paved the path for her future.

A progressive thinker for her time, Tak researched and found a company in Seattle who carried a Burroughs bookkeeping machine and impressed the Office Manager, who said he had never hired a Japanese girl before. In her quiet, yet confident way, she said, "If you don't hire me, how are you ever going to know?" She was hired on the spot with Crane Co. and worked for 6 years teaching herself the entirety of the back-office operations. Taking a short break after giving birth to her daughter Judy (with her first husband Hiroshi), she went back to work for the brokerage firm, Foster & Marshall. After going through a divorce and being recruited for another job in San Francisco, she and Judy moved to California for a number of years where they were also closer to her sisters, Kay and Yo.

While visiting Seattle in 1966 with the passing of her father, Tak became re-acquainted with an old camp friend who was also a dishwasher in the Mess Hall (the one who named her and her friends the lipstick girls), Jiro Todo. A year later they wed and lived with his four children (Janice, Patricia, Jerry, and Alan) and Judy on Vashon Island, WA. Jiro and Tak, now parents of five children, remained in Vashon until 1977, when they moved to Seattle.

Throughout this journey Tak continued to build relationships in the community, earning respect from her peers and clients alike. She was encouraged to become a stockbroker and took a leap of faith in 1977 at the age of 50! In a time when female stockbrokers were extremely rare, a Japanese female broker was simply one-of-a-kind. Yet, anyone that crossed paths with Tak would say she was nothing but one-of-a-kind.  She had an infectious personality and did not have to speak to be heard. Tak went on to work as a broker at Merrill Lynch and retired as a Vice President in 2001.

Despite loving her career as a broker, Tak focused her passion and energy on her family and four grandchildren. She proudly hosted gatherings and brought them along to many of the Nisei Veteran's social engagements including Friday nights at pickleball, chow mein dinners, bake sales, Christmas celebrations and many more.  Never unwilling to accept a challenge, she even braved a family trip to Disneyland, shopping in San Francisco, and Lake Tahoe with four teenagers!

Years later Tak was blessed to reunite with another old friend whom she met when she was just 16 years old, Frank Muramatsu. Tak was forever grateful for her companionship with Frank as they spent the latter years travelling, going to the casinos and remaining active within the Nisei community.

Through the adversities Tak faced in her adolescent years and early life, she honored her past and always looked forward. She had a gift for bringing people together and accomplished this in every facet of her life. Through her love of baseball and the Mariners, she left her mark on former Mariner's Sports Broadcaster, Dave Neihaus, as well as Ichiro's mother, whom she would visit in Japan and at Mariner's home games. Despite her successes, Tak remained humble, taking pride in who she was and allowed her experiences to shape, but not define, her. She had a passion for serving and continuing to educate within the Japanese community, the Nisei Veteran's Committee, Densho, Minidoka Pilgrimage and many other endeavors.  May her sense of adventure, ability to live and learn through love, positive outlook, and unmatched perseverance and independence serve as an example for us all as we celebrate her legacy.

On February 18, 2021 Tak, 93, left behind her many family and friends. She will be greatly missed by her daughter Judy and husband Scott, daughter Janice Russell and Tom Spade, daughter Patricia and Brad Andrews, son Jerry and Sindy Todo, and son Alan Todo. Her legacy is realized everyday through her grandchildren:  Liz Johannesen (Jesse), Wayne Maxwell (Lara), Jenn Strutzel (Andrew), and Anne Russell (Jemma Hovance). Her great grandchildren were also blessed to know and learn the source of her feistiness:  Addison, Sienna, Taea, Alex, Thomas, and Zoe.

The family would like to thank you for your love and for reading her story. We ask that you continue to learn and share the story of Japanese Americans who take great pride in being an American. If you would like to celebrate her legacy and also support on-going Japanese American history, donations can be mailed to Minidoka Pilgrimage or online at Densho. Ganbatte Kudasai.