I met Rian and Shelly in the early days of Kona Kitchen restaurant. With so much in common we easily became friends. If you ever hung out with Rian at Kona, you would know it seemed like he was friends with everyone. That was just Rian -- friend of all walks of life. Growing up playing ball, coaches always stressed 110% effort. Even though 100% is all you can give, Rian gave 110%. Everything he committed to was over the top, done with intensity and perfection until every ounce of energy was spent. 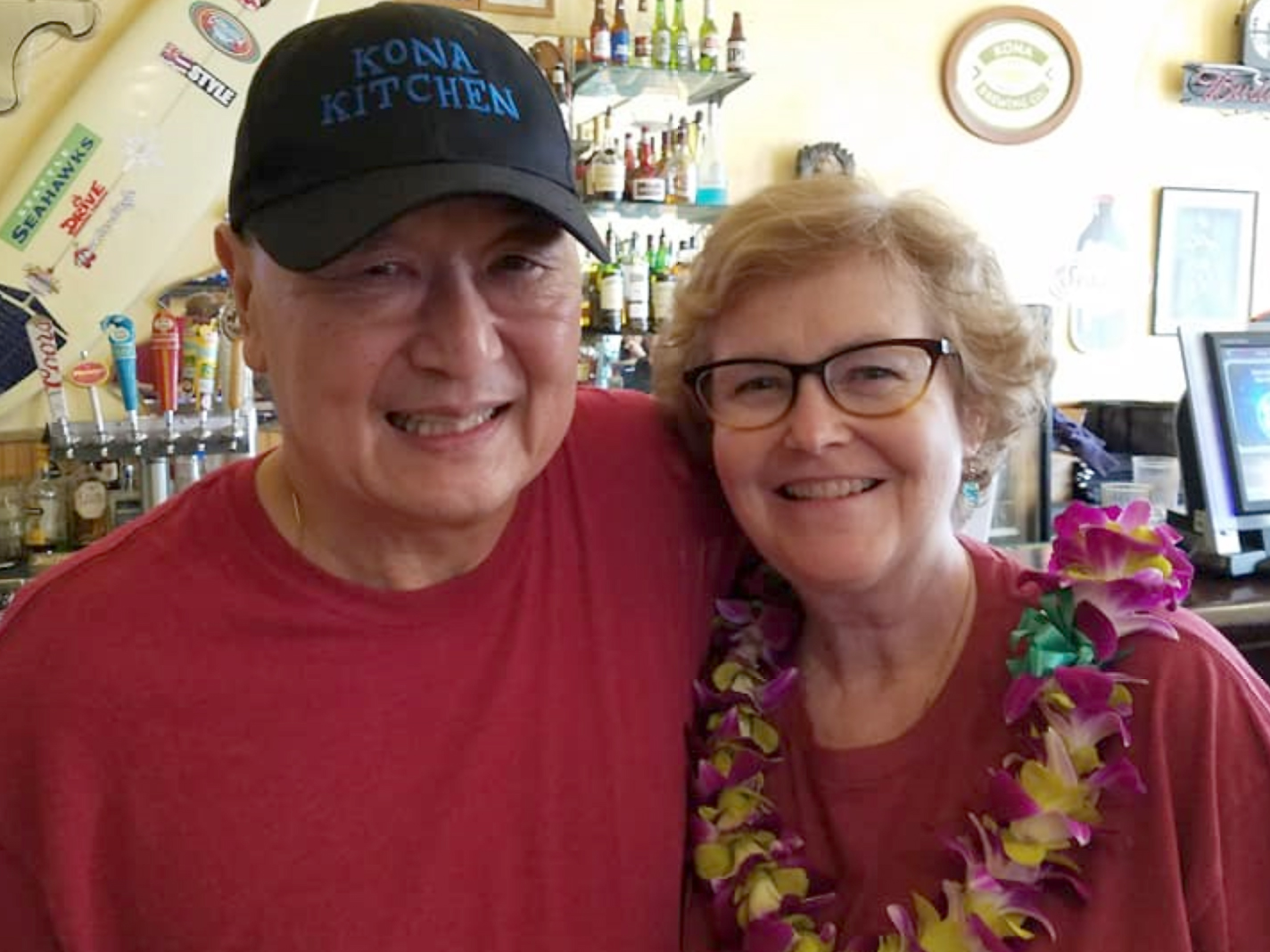 Rian was a big help to the NVC and NVC Foundation in so many ways. He loved giving tours through the hall. His family found a wonderful letter written by a family he toured that simply said, "thank you so much, best docent ever!" Because I was close to Rian, I knew his daily health struggles that went on for years, yet you would never know it by the way he would put his all into everything he did.

This leads me to talk about the NVC museum. I was semi-content on putting out a few displays on the countertops, so we had enough to tell a few stories to visitors. This was not acceptable to Rian of course. For years he told me that this is not a side show, this is going to be "world class". Second best was not acceptable. With May Sasaki's blessings we went full steam ahead.

Rian was a King County DA, and his skills were invaluable in putting the museum together. If I could not find information on a display piece or the display was missing something, he would find it. When I think of the donors who got the museum off the ground, I think of Tosh Tokunaga, Jimmie Kanaya, and Ted Yasuda whose donations were massive. Now, against Rian’s wishes, I am registering hundreds of Rian’s donations from display cases, historic photos and documents, props, military gear, framing, Internment Camp used items -- all ranging from WWI to the Gulf War.

My favorite donations are his labor-intense one of a kind GI Joe dolls. These were all custom made from parts made around the world. Each one looked like the soldier in the display. Rian's handy work can also be seen at the JA Museum of San Jose, Club 100 HI, Daniel Inouye Airport HI, and Kona Kitchen. We owe a great debt to the Hawaiian born, who loved and embraced this community. Thank you, Rian! Miss you buddy!

[To learn more about Rian please see May Sasaki's Article Dec. 2012 Volume 62 Issue 11 when Rian did his speakers series about propaganda "The Good the Bad and the Ugly" at the NVC: https://www.nvcfoundation.org/newsletter/2012/12/ ]