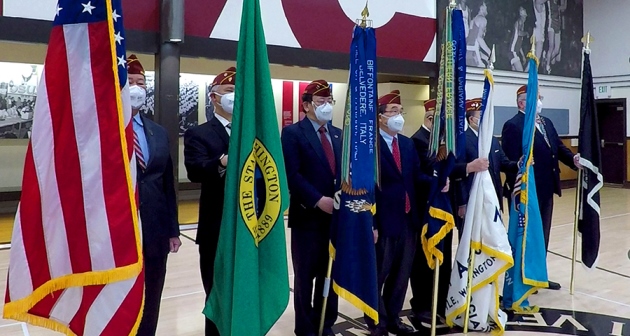 The first Day of Remembrance event was held in November 1978 at the Puyallup Fairgrounds, the former site of “Camp Harmony”, the temporary detention center during WWII where thousands of Japanese Americans were processed for removal and incarceration in inland camps like Minidoka and Tule Lake. This first DOR program was attended by thousands.

Support Sought for 3rd Printing of ‘Journey of Heroes’

“Journey of Heroes: The Story of the 100th Infantry Battalion and 442nd Regimental Combat Team,” an internationally acclaimed and historically accurate graphic novel by Stacey Hayashi, has reopened its call for ad space going into its third printing.

Congratulations to the six outstanding recipients of the 2021 NVC Foundation Scholarship Program.  Due to the pandemic, the award presentations will be postponed until later this summer with a celebration at the NVC Hall for lunch and a hall tour.