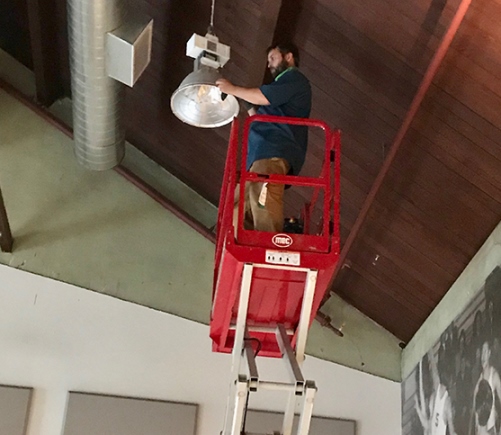 During the COVID-19 shutdown, we have continued to maintain and upgrade our NVC Hall.  Since the renovation of our Hall in 2008, we have changed the mercury vapor gymnasium lights only once, in 2012.  The gym lights were again burning out and needed to be replaced.

AJA Success in World War II: Hawaii Made the Difference

...The 442nd Regimental Combat Team’s battlefield heroics delivered America’s Japanese populace from the shameful injustice of mass removal and incarceration in World War II. That’s true, but it’s only part of the story. That vindication could not have occurred without the Americans of Japanese ancestry from Hawaii...