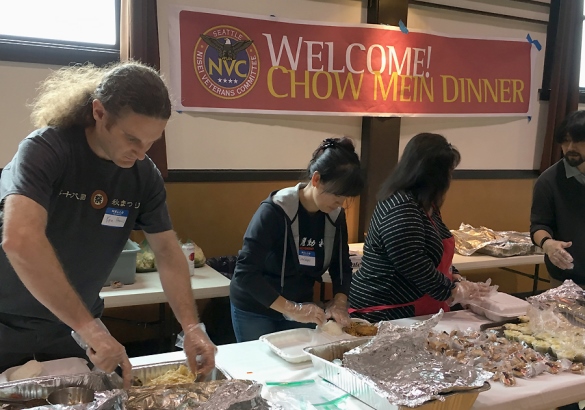 Each year we have held our Chow Mein dinner as a fundraiser to help cover the expenses of maintaining our Memorial Hall and continuing our NVC activities.  However, due to the pandemic, we made the decision to cancel this year’s dinner out of concern for everyone’s safety and well-being.

Consul General Yoichiro Yamada sends his thanks. Consul General Yamada left Seattle on August 6 after serving here for three years. A virtual Community Farewell gathering was organized and attended by many via Zoom on July 29.

With our aging WWII, Korean War, Vietnam War, and Cold War veterans, this article may be of interest to families taking care of elderly veterans.  Veterans earned this benefit by serving honorably in the U.S. Armed Force, and should take advantage if you qualify.  Read more about elderly benefits at the link at the end of this article.

Take a few minutes to view some NVC photos. An archive photo from the Congressional Gold Medal ceremony in 2011 of the Nisei soldiers of World War II. There is a photo of the NVC Foundation President David Fukuhara and NVC Commander Walt Tanimoto at the NVC Memorial Hall. Also some photos of the Nisei Lunch take out after the pandemic shutdown.