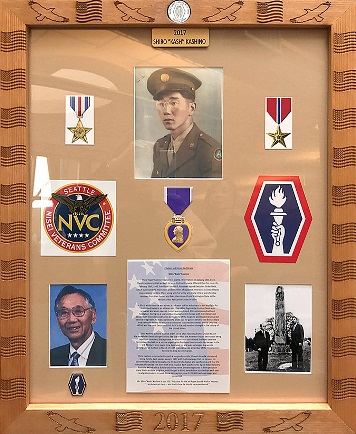 Plans to conclude the Fund over next few years - From the Kashino Family. A few years ago, our mother marveled at the fact that we had surpassed the 20-year goal she had set for the Shiro Kashino Scholarship.  She took great pride in presenting the award each year to the deserving young students, many who were grandchildren or great grandchildren of her friends...

In January 2020, Sat Ichikawa attended the showing of the film, Children of the Camps at the NVC Hall.   At the presentation he shared some of his memories of being reunited with his father at the Crystal City Camp.  He then pulled out another children’s book he wrote about his experience there.

At 9:40 PM on February 15, 1898, five tons of powder charges exploded in the forward section of the battleship USS Maine as she lay at anchor in the harbor of Havana, Cuba.  The explosion obliterated that part of the ship where the enlisted crew had their quarters and were retiring for the night.  Of the 355-member crew (26 officers, 290 enlisted seamen and 39 Marines), 261 men died or were declared missing and presumed dead...

At 12 noon (East Coast time) on July 15, 2020, JAVA plans to lay a wreath at the Price of Freedom Wall, National World War II Memorial, to show our appreciation for the legacy created by the Nisei soldiers who served in World War II. JAVA will commemorate the triumphant return of the 100th Infantry Battalion/442nd Regimental Combat Team from the bloody battlefields in Europe to Washington, DC. The Memorial is close to the Ellipse along Constitution Avenue in Washington, DC.