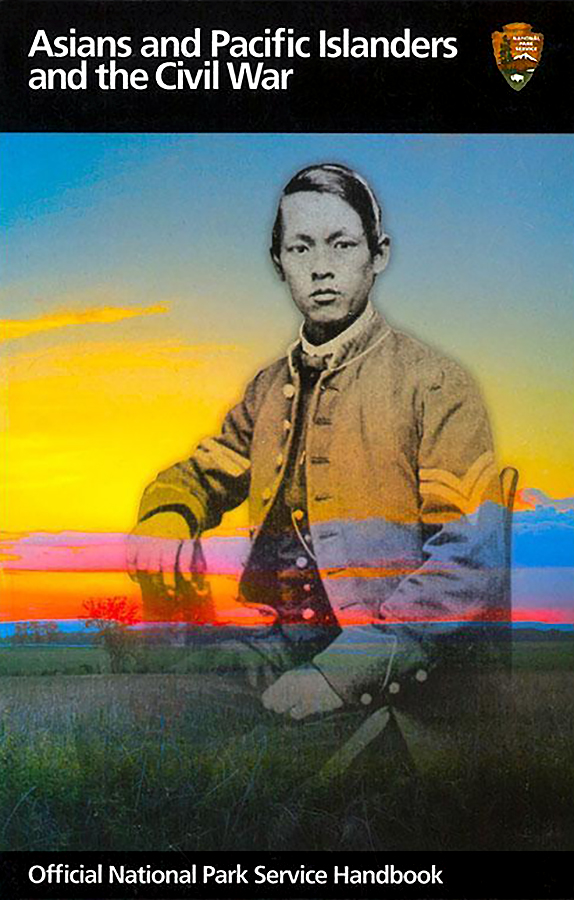 Approximately 250 of the Asian and Pacific Islands enlistees, including two Japanese nationals, used Anglicized names because recruiters had difficulty spelling foreign names and were under severe pressure to meet demanding recruitment quotas. Enlistees could not write their names in English, and administrators did not care.  Many were listed as “Joe”.  Ruthanne Lum McCunn, a principal writer of the Handbook, said “the lists of Asian Pacific Islander enlistees in the book do not differentiate between Union and Confederate combatants.  By far the majority fought for the Union.  But some did fight for the Confederacy.”

McCunn also said the reasons Asian nationals served in the Civil War were “defense of the homeland, desire for citizenship which was promised to foreigners, opposition to slavery, and adventure”.

Information in the Handbook and independent research have helped to compile the profiles of the two Japanese nationals who used Anglicized names, Pvt John Williams and Pvt Simon Dunn.  Despite its best efforts, JRT has not succeeded in locating their Japanese names.  If anyone has or succeeds in obtaining their Japanese names, would you kindly share that information with JRT (JAVAPotomac@gmail.com).

Pvt Williams was age 22, born in Japan, 5’ 1” tall; black hair, dark complexion and a laborer.   He enlisted at the 3rd District Enrollment Board, New York, on August 25, 1864 and served in the 1st Regiment New York Cavalry (Lincoln).  He arrived in the US to study 10 days before he enlisted. McCunn said in an article of the book that according to historian Katsuya Hirano, “if Williams knew how to ride, perhaps even fight, he could have been of samurai origin”.

After each hard day of fighting, Williams and his fellow cavalrymen would unsaddle and rub down their horses, feed them and saddle them up again.  They then slept, fully dressed, with rifles at their side, anticipating the bugle to sound to mount their horses for another engagement.  In 1864 the 1st Regiment fought in the Shenandoah Valley campaign.  Williams was engaged in combat operations until he was hospitalized in the 3rd Division Cavalry Corps Hospital with fever caused by a disease called “febris remittens” and later transferred to Armory Square General Hospital in Washington, DC.  Today this disease is called remittent fever, the symptoms of which are elevated body temperature showing fluctuation each day but never falling to normal.   He was not able to ride with the regiment for the final discharge ceremony in New York on June 27, 1865 but was discharged from the hospital earlier on June 16.