[Editor’s Note: Kelly Jinguji is the 2020 recipient of the NVC/WAC Scholarship. She is the daughter of Thomas and LeeAnn Jinguji.  Kelly is the granddaughter of Shig and Faye Tanagi.  She attended Liberty High School and is currently studying at the University of Washington.]

When I was a young girl, I remember my grandfather, Shig, bringing out his sumi ink set to paint with me. He would dip his sumi brush into the ink well, drawing delicate strokes onto the white parchment. Me, being the curious eight- or nine-year-old I was, would look down interestedly at the strange lines and ask what he was writing. Nihon, or Japan, he told me. That was home. 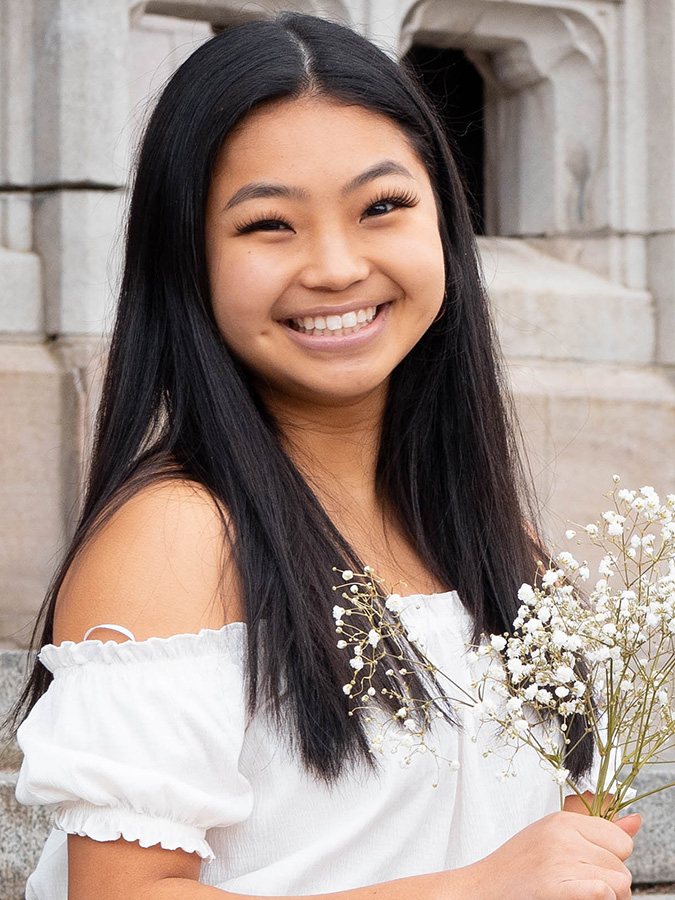 It was many years later that I began to fully learn and understand what he meant by this simple phrase: Japan being home and starting life over after World War II. As I learned about my family’s history of Japanese internment and, specifically, my grandfather’s courageous efforts on behalf of the United States during the war, the curiosity I had as a young girl carried into my high school years. Not only did I spend months on Japanese Internment projects and multiple accounts on my family’s personal experiences in camp, it sparked my deep appreciation for my Japanese heritage. From competing in National History Day’s “Take a Stand” competition about samurai warrior Saigo Takamori and the bushido code to spending my first quarter at UW conducting an in-depth research project on Seattle’s famous Panama Hotel, I am humbly reminded of the great sacrifices the Nisei Veterans made to this country during the greatest of hardships for the residing Japanese American community. With the privilege of attending the University of Washington, I feel honored to be able to carry the principles of resilience, passion, and gaman with me throughout my continued education.

It is no coincidence that my grandfather also fought on behalf of the Military Intelligence Service unit, where he helped to stabilize the hostile environment by the use of linguistic and interpretive skills. I remember him telling me about his crash-course Japanese language classes, preparing him for his service in the U.S. Army. I sometimes still hear him singing Japanese songs that he had learned during this time, and I hope to someday understand those songs, too. In regard to my culture, my upbringing, and my academic drive, I credit these qualities I possess to every battle that my grandfather fought in, both internal and external. And along with all Japanese Americans, I am forever indebted to the Nisei Veterans for showcasing their commitment to their country while fighting their own battles.

I am honored to receive the Nisei Veterans Committee Foundation Scholarship. To be forcefully uprooted from the place you called home and to fight on their behalf is the greatest act of courage and sacrifice, and it is something I do not take lightly or for granted. Though I have learned a great amount about the Japanese American community, I recognize I only know a small fraction of it. Through this scholarship, I hope to delve deeper into the rich Japanese American history and allow our community to understand the diversity of those who have served and defended America. It is the sacrifices of those who came before me that have enabled me the opportunities I have today, and I hope to make my family and our outstanding community proud through the rest of my education. Thank you again for this great honor.