The largest airborne operation in military history was a joint effort of U.S. and British troops. Operation Varsity produced three U.S. Medal of Honor recipients and hastened the end of the war in Europe.

Army 2nd Lt. Lou Brough recalled the first moments after his glider crossed above the Rhine River during the last months of World War II.

“We landed near a German command post so we started receiving enemy fire right as we exited the aircraft,” the former Army Air Forces glider pilot said in a 2011 newspaper article. “One of the paratroopers got sniped through the helmet and dropped immediately.” 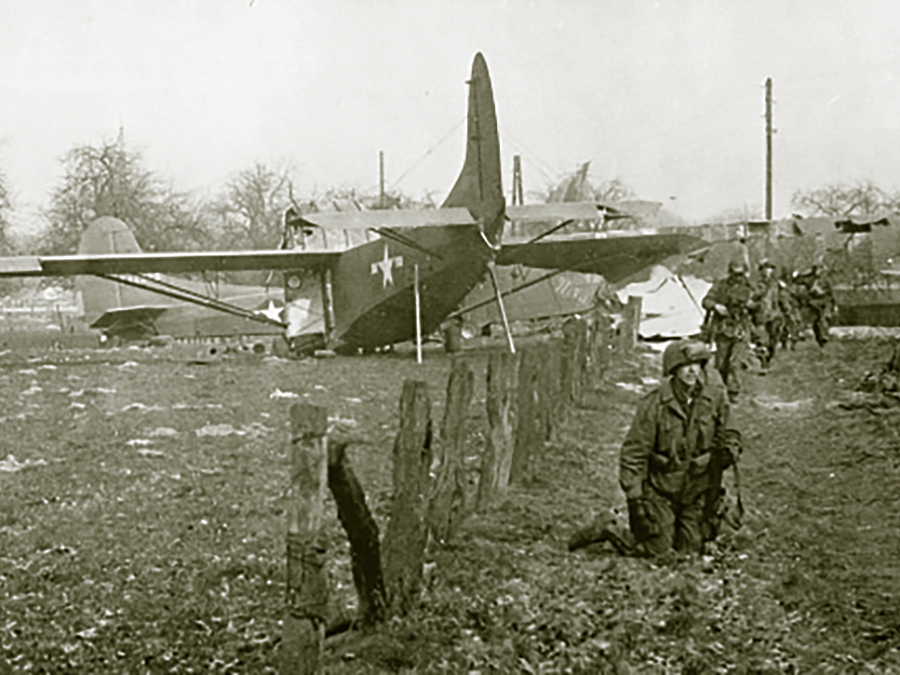 So began the first moments on the east side of the Rhine River for Brough. He had just guided his plywood and canvas “Waco” glider to a safe landing in the heart of Nazi Germany. Brough and his fellow soldiers were part of an enormous airborne attack, which was code-named Operation Varsity.

Just a few minutes after landing, the intense German fire would severely wound Brough, kill his co-pilot, and destroy his glider’s cargo. Operation Varsity would become the largest air- borne operation in history, and it was the last big jump of World War II.

In two-and-a-half hours on the morning of March 24, 1945, more than 21,000 men of the U.S. 17th and the U.K. 6th airborne divisions jumped and glided across the Rhine River. Although the U.S. First Army had crossed the Rhine in southern Germany two weeks before, the Allies had yet to get into the industrial heartland of northwestern Germany.

21st Army Group and the U.S. Ninth Army assaulted across the river in the pre-dawn hours of March 24. The Airborne troopers were to jump and secure the high ground on the far side of the river later that same morning to prevent the Germans from rushing in reinforcements.

The paratroopers rode in two types of aircraft. The older and smaller C-47 Skytrain and the newer, larger and more powerful C-46 Commando. In a design compromised to save weight, the Commando was built without the “self-sealing” rubber-coated fuel tanks included on the Skytrain.

When German fire began to rip through the densely packed formations of aircraft, the horrible consequences of this trade-off became obvious. C-46s hit in the wings leaked fuel, which then ignited and turned the damaged plane into a fireball. German fire destroyed 19 of the 72 C-46s that flew in that morning, a loss rate of more than 26 percent.

By comparison, the slower C-47s, with self-sealing fuel tanks, had a loss rate of only 3 percent. It is no wonder the surviving aircrew and paratroopers started calling the Commandos “flying coffins.”

‘BLOOD RUNNING DOWN THE FLOOR’

“A chunk of shrapnel ripped a large hole in the plane’s fuselage next to my head,” Coutts said. “I glanced back and saw blood running down the floor, so I knew one or more of my men had been hit. Then the plane’s motor burst into flames.”

The pilot of Coutts’s doomed plane, Lt. Col. William Filer of the 313th Troop Carrier Group, immediately turned on the light that signaled the troopers to jump. Though it cost him his life, Filer’s quick action got the last of the paratroopers out just as the airplane exploded.

Although this was their first combat jump, the 17th was battle hardened. They had spent six weeks helping stop the last great German offensive of the war, the Battle of the Bulge. Despite being scattered by their violent ride into the battle, when they hit the ground, they knew what to do and went right to work.

‘LET’S GO GET THE BASTARDS’

Across the battlefield, paratroopers were working in small groups to exploit their surprise arrival. In one drop zone, 17th Airborne Division Commander Maj. Gen. William “Bud” Miley gathered up three privates to form a fire team. Together the team crawled under heavy fire to recover a cargo bundle containing a machine gun. They assembled it and began returning fire so other troopers could organize and move toward their objectives.

Nearby, Pvt. George J. Peters of G Co., 507th Parachute Inf., 17th Abn. Div., was pinned down near a German machine gun bunker. Seeing other troopers being cut down by the heavy fire, he began a single-handed assault. Peters lobbed grenades into the bunker and killed its crew. Though he was eventually killed himself, Peters’ actions made it possible for his unit to move off the drop zone and seize their first objective.

Meanwhile, the troopers of the 513th had organized and were working to expand the landing zone for the inbound glider-borne elements. During an assault on a nearby farmhouse, Pfc. Stuart S. Stryker of the 513th’s E Co., saw an entire platoon of paratroopers get hit by enemy machine gun fire. Determined to rescue his fellow soldiers, Stryker shouted, “Let’s go get the bastards,” and led a counterattack that netted 200 German prisoners and freed three captured American airmen.

As he led the attack, Stryker was hit by German fire and was killed. Peters and Stryker were among the three members of the 17th who received the Medal of Honor for actions during Operation Varsity.

Throughout the day, the paratroopers destroyed dozens of enemy artillery pieces and captured hundreds of prisoners. By day’s end, despite heavy German resistance and the confusion of the drop, the soldiers of the 17th Airborne and their British comrades in the 6th Airborne Division had accomplished their goals.

The price of success was high, with the 17th suffering 159 men killed, plus an additional 41 aircrew confirmed dead, and more than 160 missing. The British losses were even greater, numbering at least 1,300 men killed, wounded or missing.

After the war, U.S. Army Gen. Omar Bradley criticized the massive amphibious and airborne assault as “overkill,” implying that committing so many resources to the crossing was excessive. The target of his critique was British Field Marshal Montgomery, not the soldiers of the 17th Airborne.

It was hard to argue with their courage and success. Their jump paved the way for a smooth crossing of the Rhine by the tanks of the U.S. Ninth Army, which lost less than 50 men during its passage. Upon crossing the Rhine, the Allies began a massive attack across the entire Western Front, crushing all German resistance in their path.

Eight weeks later, the German Army surrendered, and the war in Europe ended. Operation Varsity and the 17th Airborne had opened the door for final victory. 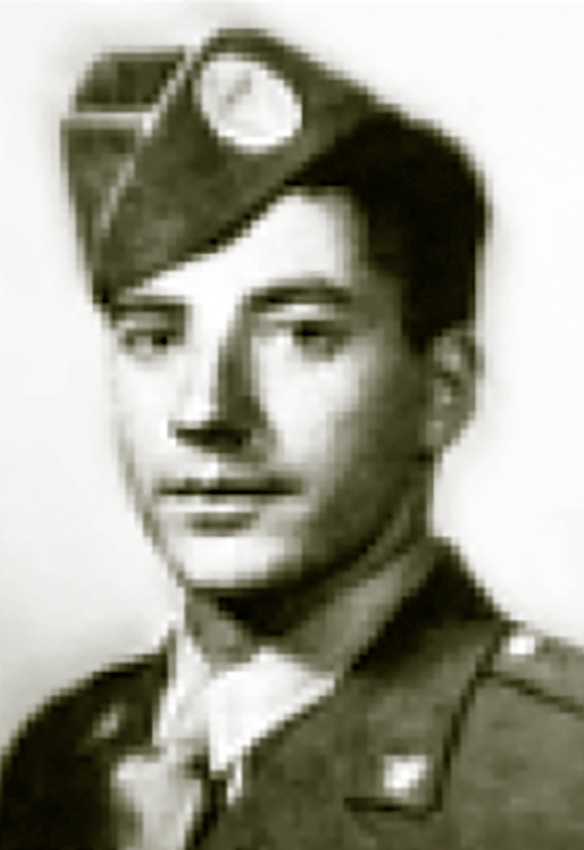 Army Pvt. George J. Peters of G Co., 507th Parachute Infantry Regiment, 17th Airborne Division, received a posthumous Medal of Honor for his role in Operation Varsity. Peters sacrificed his own life when he attacked and destroyed a German bunker, which allowed his unit to move out of a killing zone and seize its first objective. – U.S. Army Airborne and Special Operations Museum photo. 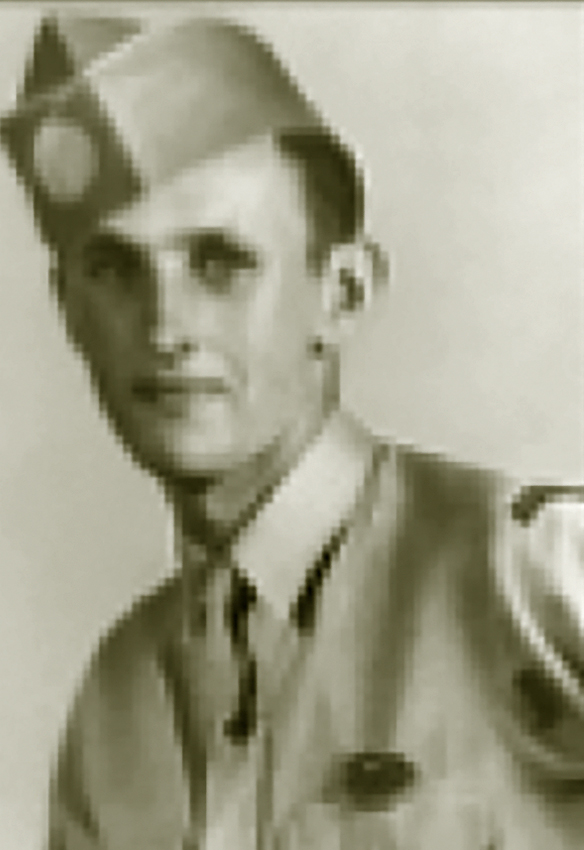 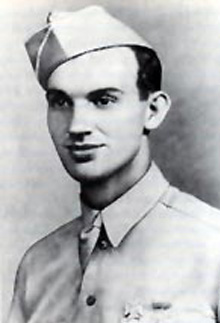 Army Tech. Sgt. Clinton M. Hendrick of I Co., 194th Glider Infantry Regiment, 17th Airborne Division received a posthumous Medal of Honor for his actions on March 27-28, 1945, near Lembeck, Germany. Over the two days, Hedrick inspired other troops as he repeatedly charged enemy positions in and around enemy positions in and around Lembeck Castle. Although mortally wounded, he was able to cover his fellow soldiers as they eventually took the castle. – U.S. Army Airborne and Special Operations Museum photo.

Craig Price is a life member of VFW Post 4639 in Williamsburg, Va., and a Marine Corps veteran of the Iraq and Afghanistan wars.

Photo caption: U.S. paratroopers of the 17th Airborne Division disembark from their air gliders on March 24, 1945, near the Rhine River in northwest Germany. They were participants in the largest airborne attack in the military history, called Operation Varsity, which would lead to allied victory in Europe less than two months later. --  U.S. Army photo.