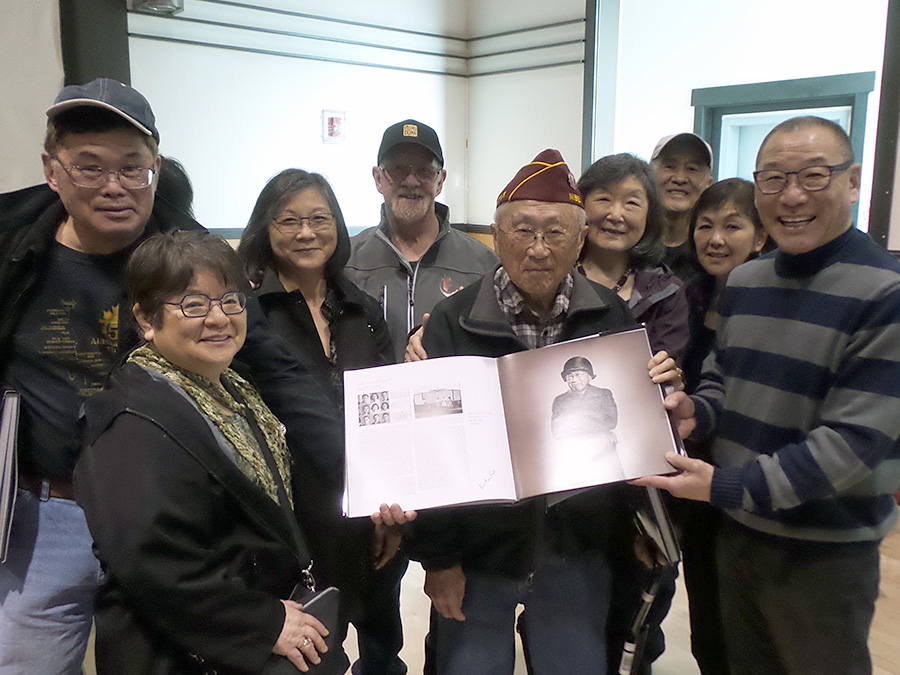 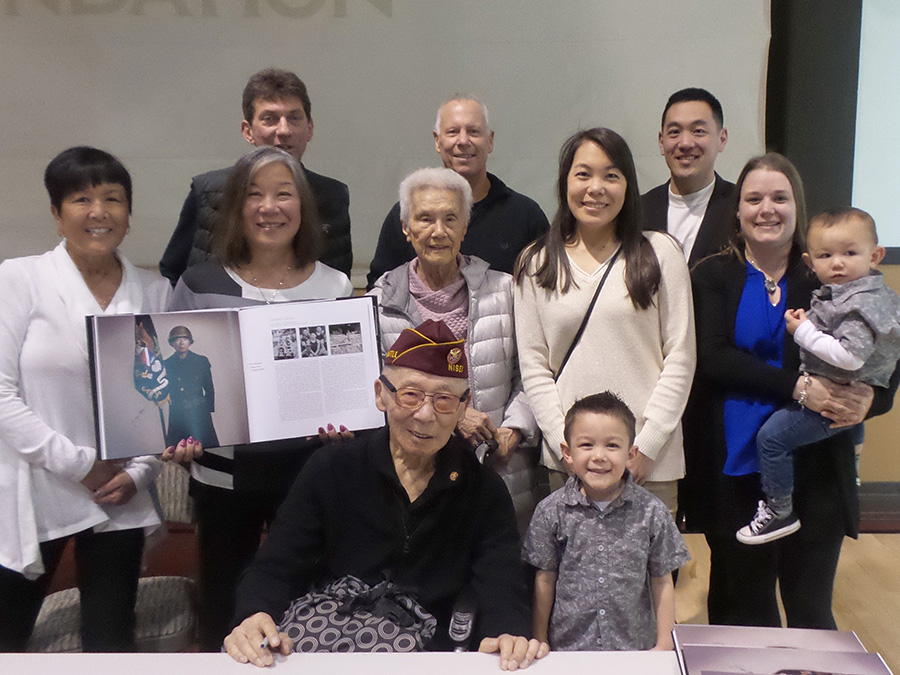 On Saturday, February 29th, Shane Sato joined the NVC Foundation to share his book, The Go For Broke Spirit: Portraits of Legacy. 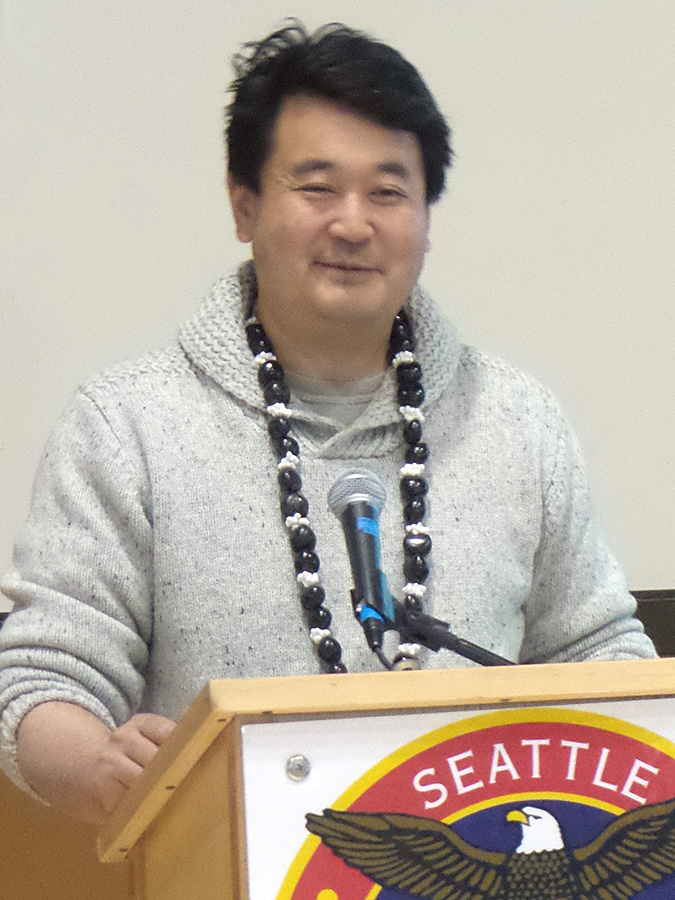 The book is the second volume in The Go For Broke series, which showcases portraits and stories of Japanese American WWII veterans. The book captures photos of men who fought for America, despite the country incarcerating them and their loved ones.

Shane Sato, a professional photographer based in Los Angeles, started working on this project 20 years ago. Sato shared that his inspiration was his family, as his own mother was incarcerated during World War II. However, as a child, Sato’s family never discussed the war and how it affected his parents. Sato’s goal in making this project was to help other 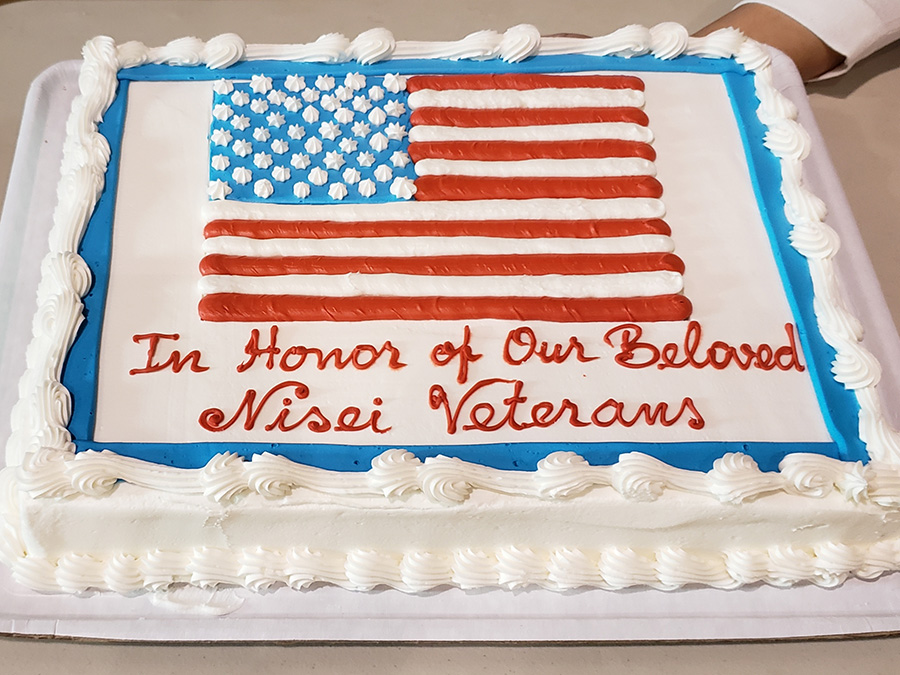 families start discussions about their experiences during WWII, as he was not able to do with his own. Through photos that show the conflicting time period, Sato aims to educate the younger Japanese American generations and those unaware of the Nisei Vets’ stories. 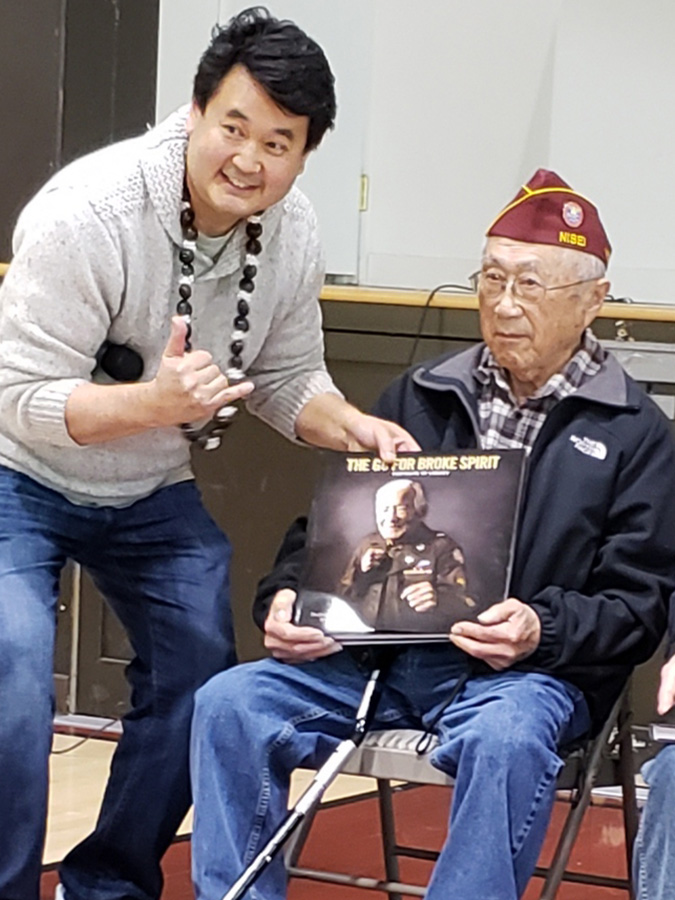 We also heard from the grandson of George Kozu and the son of Shig Otani, who shared their family member’s stories during the war. George Kozu and Shig Otani both have portraits included in The Go For Broke Spirit, along with several other Seattle Nisei Veterans. While there are many veterans from the West Coast represented throughout the book, Sato also included veterans from states such as New York, Utah, Colorado, and Washington DC in the second volume. This showed how the war did not just affect those on the West Coast, but Japanese Americans all around the U.S. 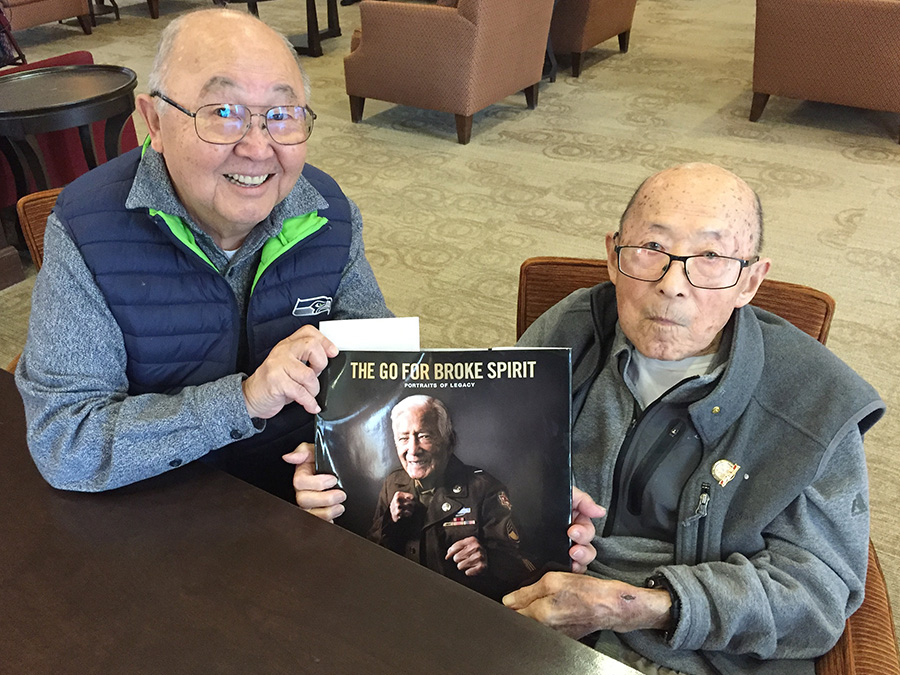 Sato also shared the difficulties he faced while trying to capture these portraits due to many veterans not wanting their pictures taken. As many veteran’s act with humility, keeping their stories to themselves, Sato wished to share the stories that many veterans never told. By trying to connect with the veterans, Sato was able to draw emotion out of them, capturing rare moments. 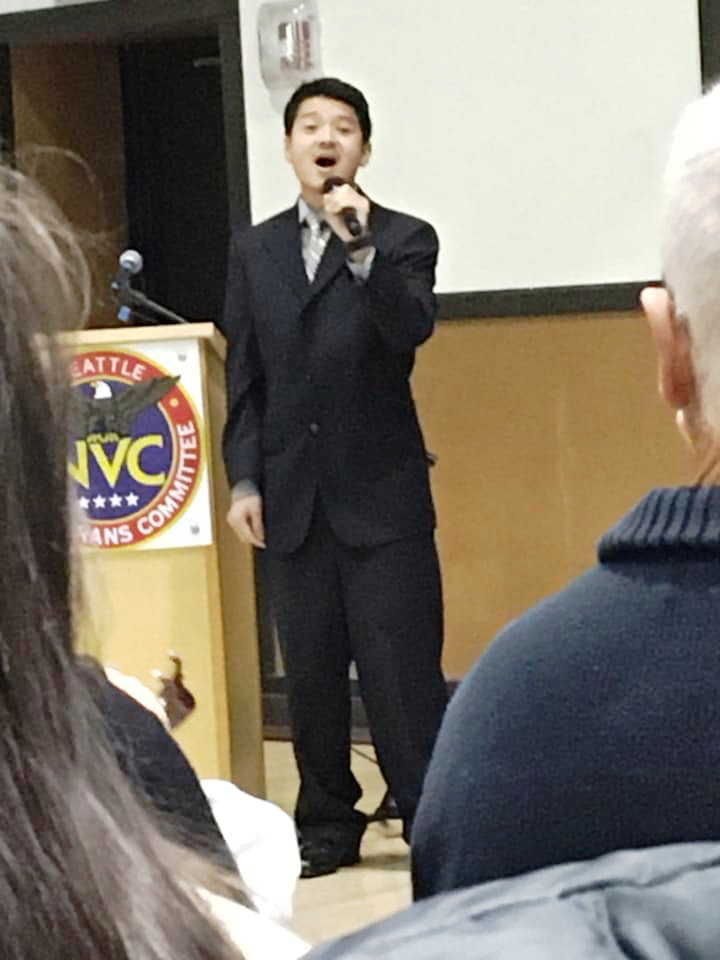 This can be seen on the cover of the book which displays a portrait of Dr. Dick Momii from Denver, Colorado. Sato stated that it was a struggle to photograph him as he was reluctant to be a part of the project. However, Sato tried to spark conversation by asking about his hobbies. After sharing that he enjoyed boxing as a kid, Sato asked him to give him a punch. This allowed Dr. Momii to feel more at ease, and ultimately lead to the cover of Portraits of Legacy.

Through Sato’s work, the legacy of the Nisei Vets is immortalized, allowing the younger generations to understand the hardship that these young men faced. The book is a powerful piece of work that shows the true strength and courage of those who fought in WWII. The book release concluded by Sato presenting a copy of his book to each of the Seattle Veterans featured in it: Shig Otani, Fred Shiosaki, Mickey Hiroo, Roy Kirita, George Kozu, Shig Tanagi, and the late Jimmy Kanaya.

NOTE: If you missed the program and wish to purchase a copy, visit the website at: thegoforbrokespirit.com 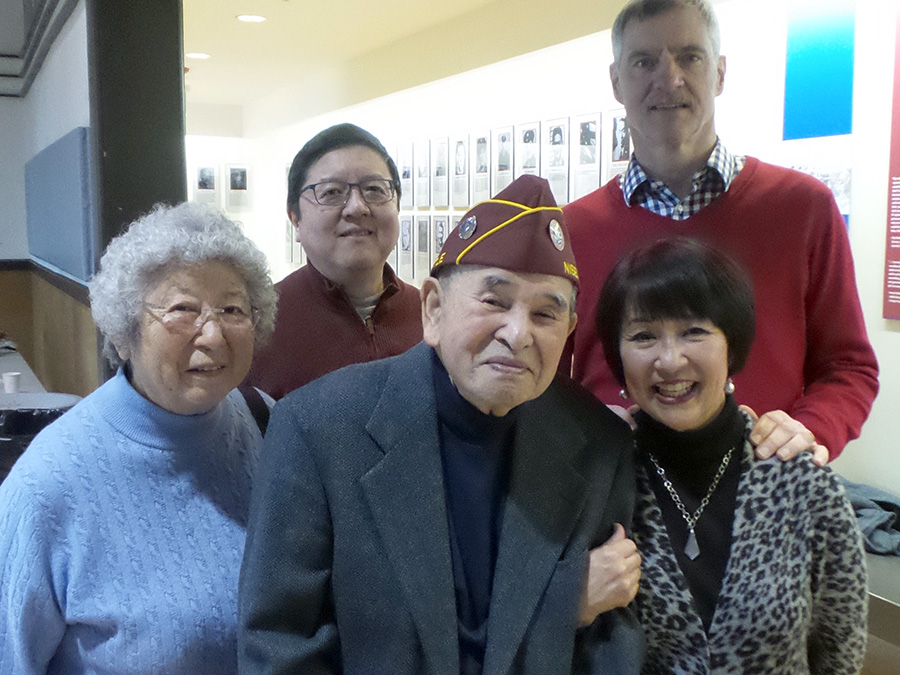 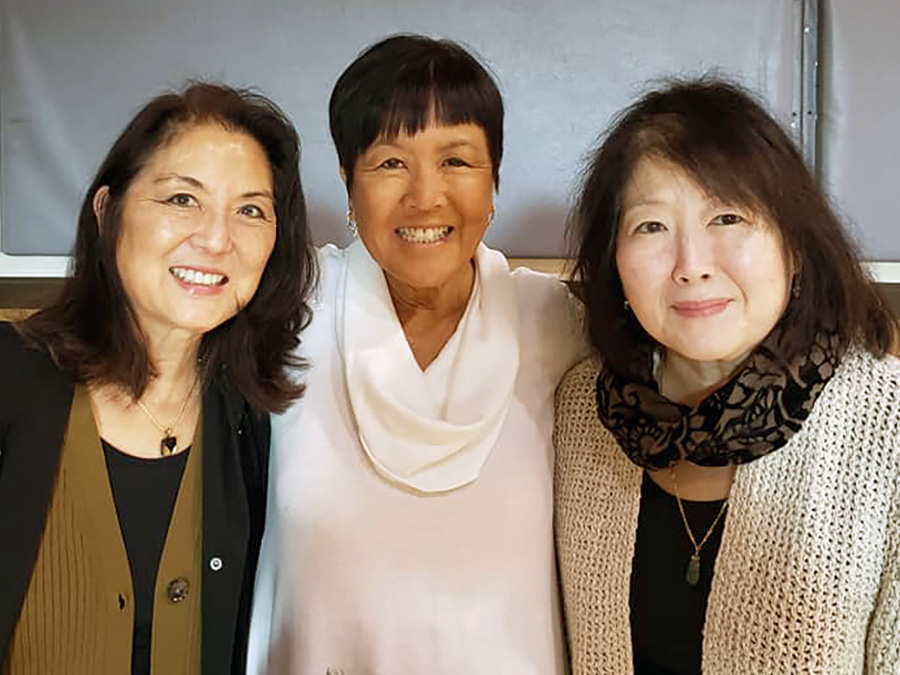 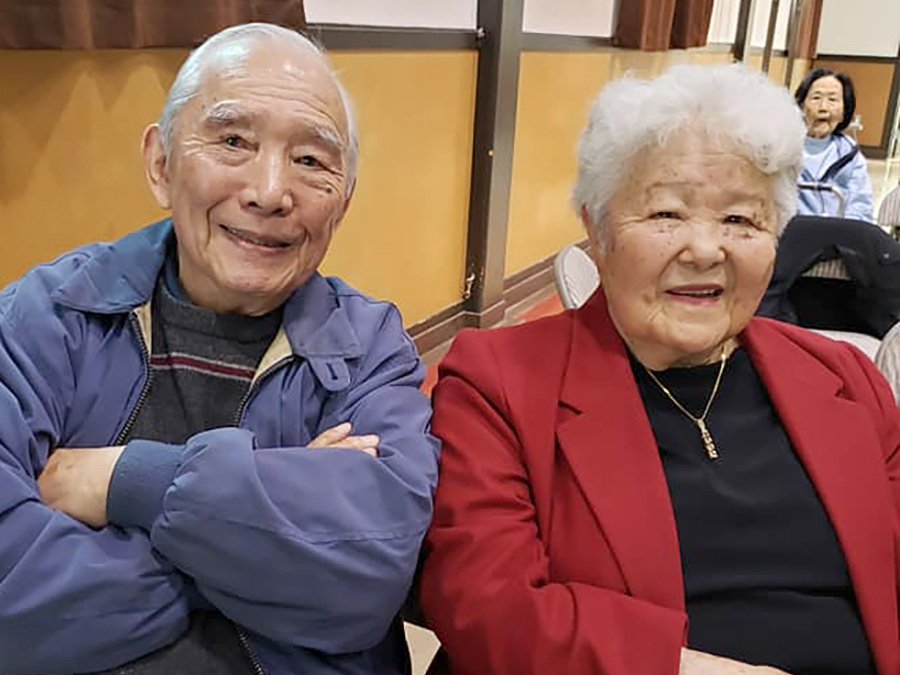 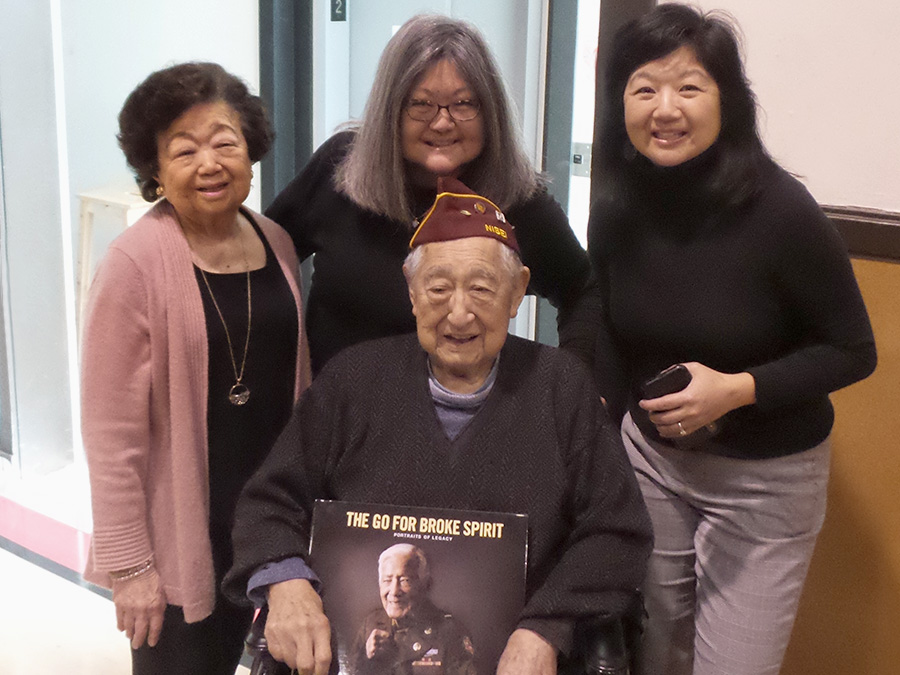 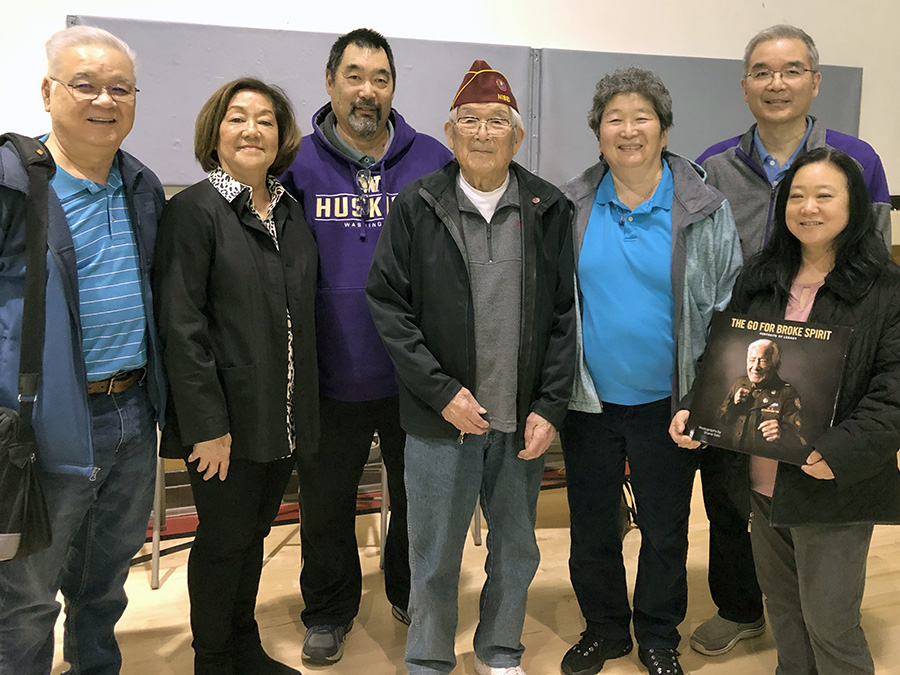 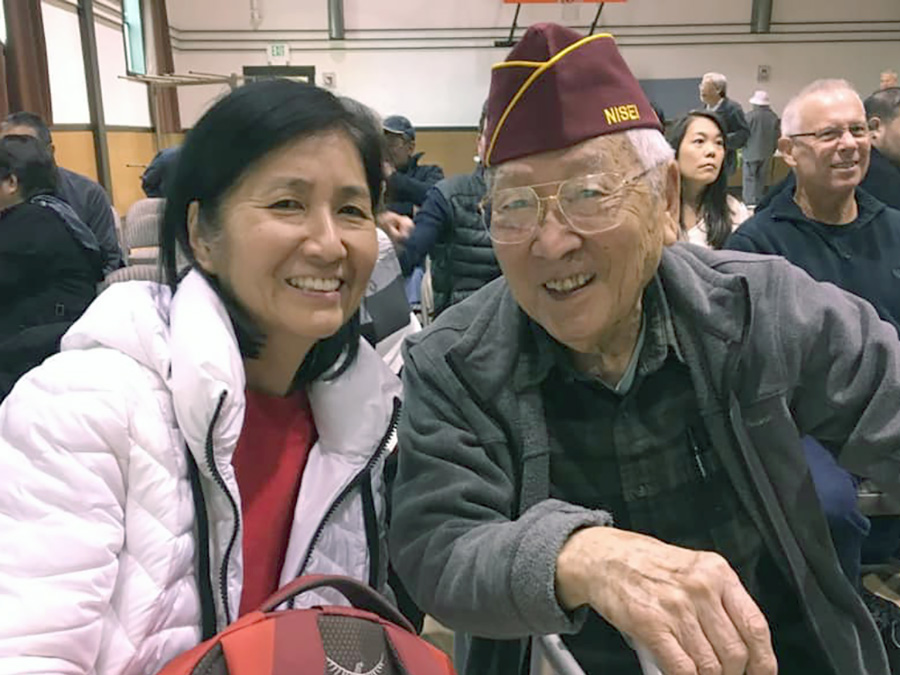