Each year, the NVC Foundation conducts tours of the NVC Hall to students, ranging from 5th graders to college students.  The tours satisfy both objectives of our mission statement of “Honoring the Past, Educating the Future.”  In an average year, we give tours to about a dozen schools which is in addition to the many religious, senior housing, military, and non-profit groups.

For the most part, the tours can be quite rewarding.  Seeing children’s faces light up when they hear the stories and sacrifices of Japanese Americans during World War II gives you a feeling that our parent’s and grandparent’s legacy will never be forgotten. 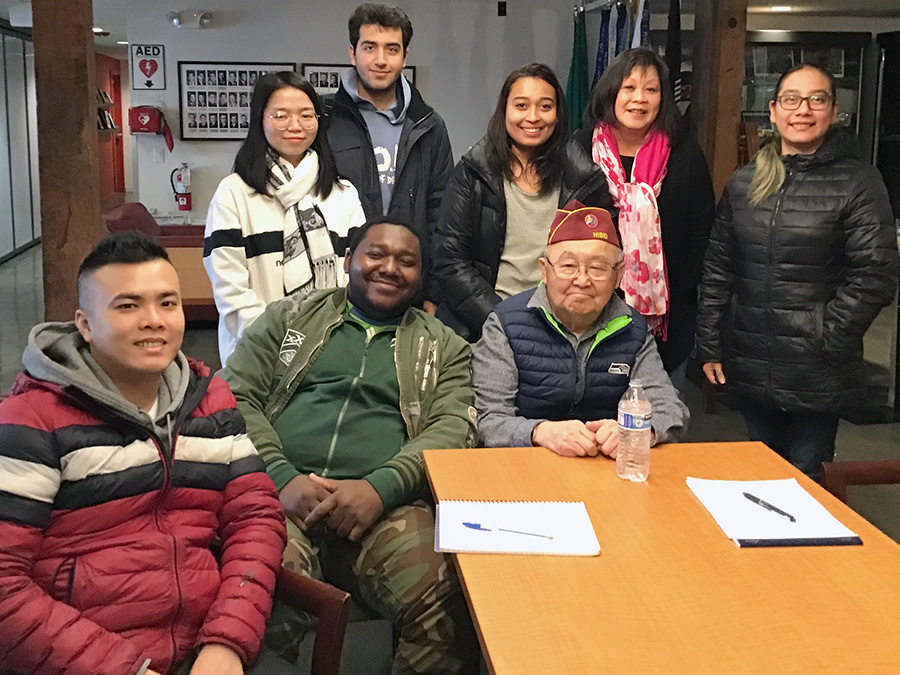 On some occasions, the roles can be reversed and NVC Foundation docents can learn a few lessons from the students.  This was the case when a group of students from South Seattle College visited the hall on March 5th.  Each year, instructor Dorrienne Chinn, brings members of her ESL 060 class which prepares immigrant students with the skills necessary to study at colleges and technical schools.  This year, Dorrienne’s class had representatives from Mexico, Brazil, Congo, Vietnam and Iran.  Some of these students immigrated to this country on their own while others came with their families.

Once the tour was completed, the students gathered in Lefty’s Room for lunch.  It was the perfect opportunity to converse with the students and learn about their homelands.  I asked the students, “What was the attraction in this country that motivated you to immigrate here?”

The goal of the NVC Foundation education team is to teach the injustices suffered by Japanese Americans during World War II, so that ultimately history will not repeat itself.  After learning of the many hardships and injustices suffered by our group of students from South Seattle College, obviously the world could use a lot more education.