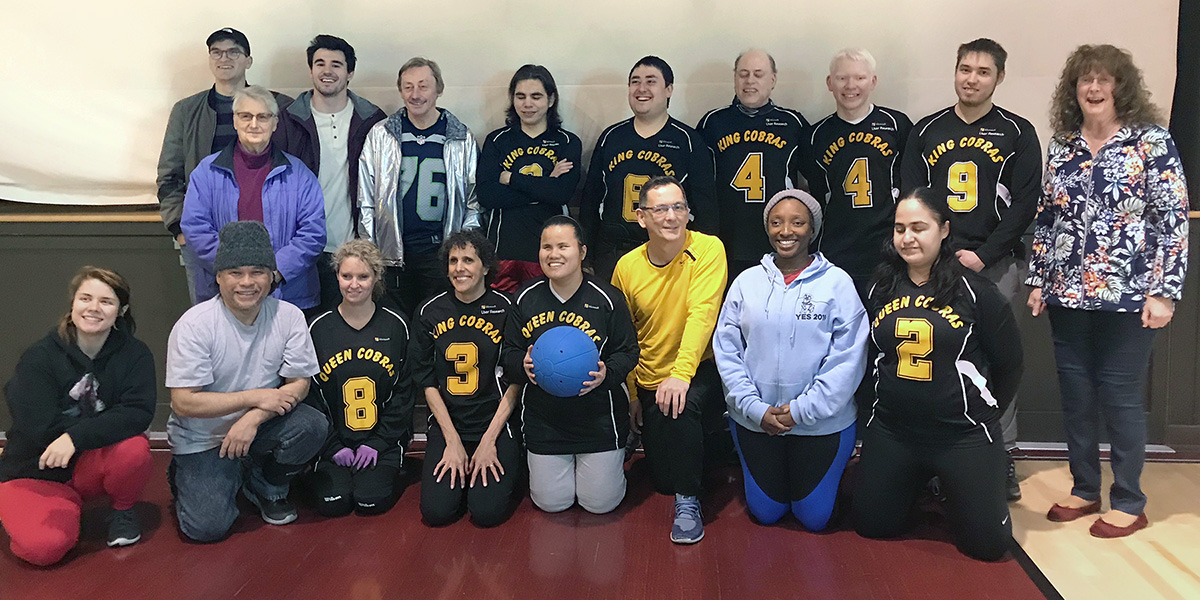 We have many diverse groups utilizing the NVC gym.  A Sunday basketball group has been playing in the gym for over 45 years and contributed to the installation of our new floor two years ago.  Another group, the Vision Loss Connections, has played Goalball in our gym for the past 10 years and calls the NVC Hall their “home”.  The NVC gym is the home of the goalball team named the Killer Cobras.

The game is played by visually impaired 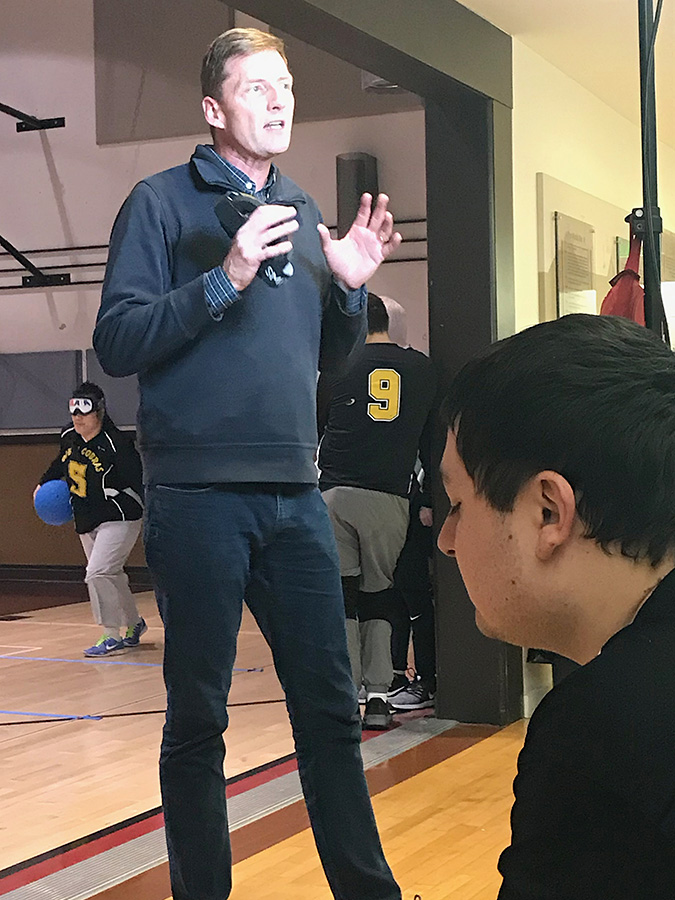 participants on the gym floor.  A Dodgeball type of game is played with a heavy basketball sized ball with a bell inside.  There are three players on a side and the object is to throw the ball through the 3 defensive players, usually lying on their sides, at the other end of the court.  The court is marked by strings taped on the floor to guide the players to their positions.

The game is played in silence so the players can locate the ball noise and stop it before it hits the wall for a score.  The ball is thrown very fast, so the players wear protective padding. 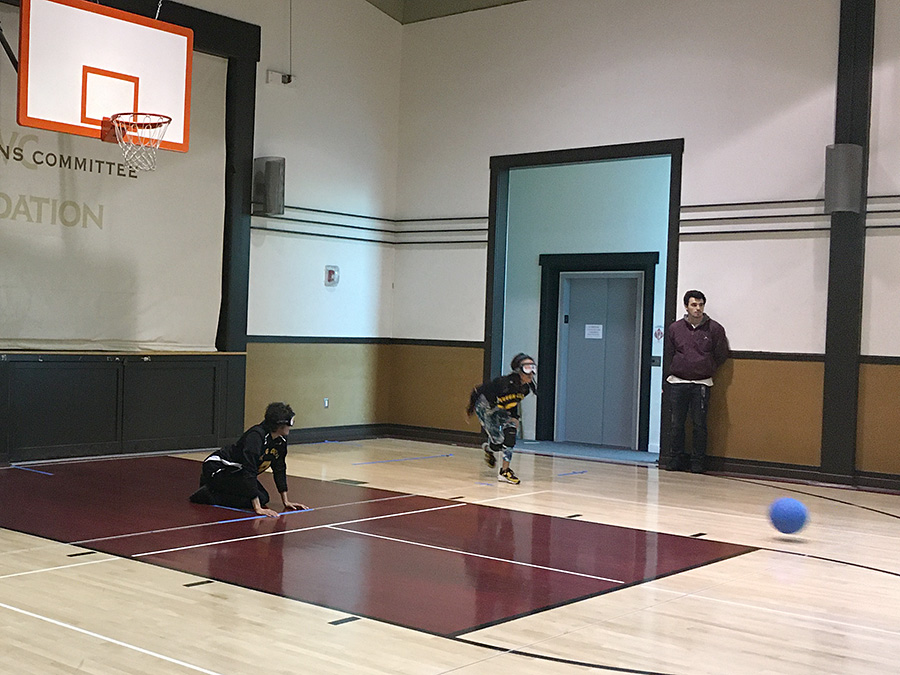 Practice consists of 10-minute games for both the men and women participants.  The players are excellent at locating and stopping the ball resulting in scores ranging from 1 to 3 goals. The men’s team is one of the best on the West Coast and the players are quite athletic. The game has been included in the Paralympics since the 1970’s.

One recent practice was filmed by King 5 TV for their Evening show with Mr. Saint Bryan and featured on their program in late February.  The organizers of the group are Pat Copeland and Tony Brown, and much of the funding is provided by the Seattle Parks and Recreation.  The photos include a group photo and KING 5 Evening anchor Saint Bryan.