[Editor’s Note: Hailey Hirano is one of the 2020 recipients of a NVCF Shiro Kashino Memorial Scholarship. She is the daughter of Cindy and Tim Hirano and the grandchild of Henry Hirano. She attended West Seattle High School and will attend New York University.]

I am a third generation Seattle native; I will be the 4th generation to attend a four-year degree institution; I’ve attended the same elementary, middle school and high school as my dad; and I’m a 4th generation Japanese American. Next year when I attend New York University (NYU), I’ll be following in the footsteps of my maternal great grandfather who graduated from there in 1923. My whole life has been and continues to be the history of my family, and it’s up to me to add to it. 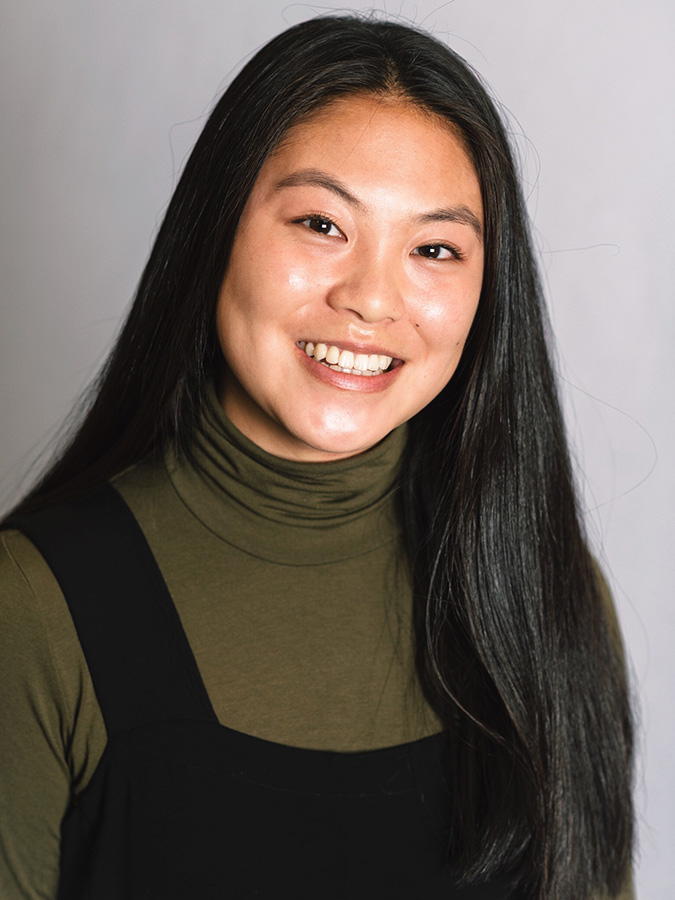 With this tradition comes unsaid expectations that have become my responsibility as the only descendent of my family’s next generation; I am an only child with no first cousins despite having five aunts and an uncle. Yet, greater than my family’s hopes for my success is my internalized pressure to do well for them, because their lives all lead to mine. When I think about the oppression my grandparents endured as Japanese Americans during World War II, and the hardships my great grandparents faced as immigrants, I know how fortunate I am that it’s me who gets to live with more opportunity. I am able to feel proud to be Japanese American because they lived through the times when they were told to feel ashamed. This is why I try to demand more of myself, to always push harder. I want to make my dreams come true so my family can share in my happiness.

I may know what they went through, but I’ll never understand how it felt. My grandpa and his family were relocated to the Minidoka internment camp and my grandma’s family was taken to Poston. Alongside the 2,000 Japanese Americans who served in the Military Intelligence Service, my grandpa chose to prove the worth and loyalty of his citizenship. I have the greatest respect for the Nisei Veterans and their legacy. Their bravery, action and resilience has made our country a better place: a place where we look back on this history and are reminded of what raw patriotism looks like, what it means to “Go for broke” and the pain that racial prejudice, profiling and ignorance inflict.

The stories I hear Nisei tell are so matter of fact. They’re not bitter even though they understandably could be. They don’t identify themselves as victims even though they certainly were made to be. They don’t demand retribution even though they were unjustly and unconstitutionally treated. In fact, they still have hope in humanity to focus more on the future rather than on their past. They speak from experience when they tell my generation the importance of equal opportunity and the danger in letting fear dictate how we treat and think of others. This is what their legacy has taught me.

This August I’ll be in New York City as an 18-year old fresh out of high school. I’ll be a New York University student and a soccer player for the school. When you’ve been doing something your whole life, it’s difficult to imagine your life without it. That’s what soccer means to me. I’ve been playing for 12 years. So, I figure, “If I have the opportunity to play soccer at a school where I want to be a student, I’m going to play!” I committed to play collegiate soccer at NYU last spring as a junior. The process was long, demanding, nerve wracking, humbling and exciting. Making the decision to play soccer in college wasn’t something I was certain about. I’ve learned over the years that you can’t always love the things you do. I might hate soccer after one practice but at the next practice might have the most fun. It’s all ebbs and flows and I can’t abandon something I’ve been committed to for so long just because of one tough week. Being a student-athlete in college will challenge me to be responsible on my own, time manage efficiently, and work hard. However, I’m most looking forward to making lifelong friendships and memories with my new teammates.

NYU always appealed to me because of its urban setting and respected academics. I was recently accepted into NYU’s Stern School of Business, and I plan to major in statistics, marketing or somewhere within the business world. Hopefully I can minor in something related to computers whether it be computer science, programming or graphic design. If given the chance, I’d like to study abroad for a semester, possibly in Europe. College is where I want to learn more about myself and explore my options in life. One of my biggest hopes is that I end up working at a job I’m passionate about and that will financially support my dreams to travel the world and check experiences off my bucket list such as skydiving and learning to play the cello. I can see myself working for a big company in the fashion or technological industry, but I'm also drawn to the idea of working for the United Nations or in public health.

As for personal life goals, I want to be a dog owner by the time I’m 23 years old. Growing up as an only child, I treated my dogs as siblings. Currently, my dog is a certified therapy dog and I’m his certified handler. Together we volunteer at local senior living houses and say hello. Another goal of mine is to live in a foreign country. I hope my job will take me to a place I've never been before and I'll have a work visa to live abroad.

Going to college is a big step and I'm excited to see where it takes me. I'm motivated by the dreams I want to make real; I'm not led by a set-in-stone plan to check everything off. My biggest hope is to find happiness in any success I achieve.