Greetings and Happy February!  I hope all of you took the time to enjoy Valentine’s Day with your best.

First a couple of acknowledgements:

I want to thank NVC Past Commander Allen Nakamoto and Mari Wilson for taking the time to show the Vets Hall and tell some of our history to Major General Yoshihiro Kataoka, the Director of Training and Evaluation Department of the Japanese Ground Self Defense Force.  We also welcomed Lieutenant Colonel Fumio Takagi back to the NVC since his reassignment last year to Japan at the Ministry of Defense. 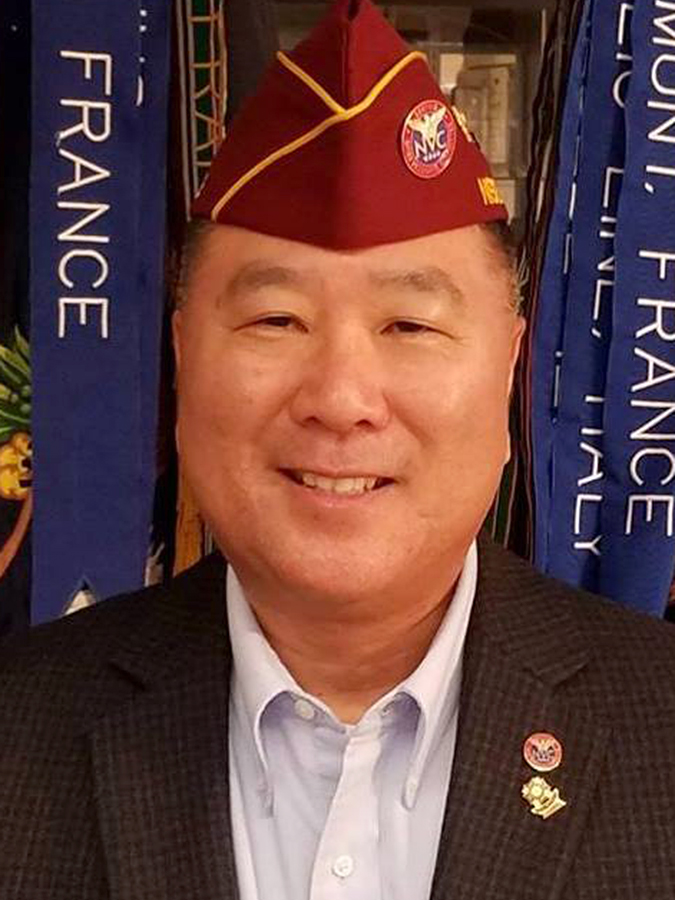 The volunteer brunch was fun, and Terry’s Kitchen’s food was amazingly good as usual.  Thanks to the committee chairs Keith and Mary Ann Yamaguchi and Geri Lynne Egeler for setting up another fantastic volunteer brunch.

The NVC and NVC Foundation open house was a success.  We can all look forward to the double header open house on 29 February with Shane Sato’s second book The Go for Broke Spirit: Portraits of Legacy in the morning, and Lane Nishikawa’s new film Our Lost Years in the afternoon.

The year 2020 is the 75th Anniversary of the end of World War II (WWII) and the start of the closing of the WRA incarceration camps and DOJ internment camps in the United States.

On 8 May 1945 (VE-Day) and 15 August 1945 (VJ-Day) soldiers began redeploying home; those dates also mark the start of occupational forces in Europe and Japan.  The 442nd Regimental Combat was inactivated in Honolulu in 1946, but reactivated in 1947 in the U.S. Army Reserve, where the 100th Infantry Battalion carries on the legacy of the Nisei in today’s fight on the Global War on Terrorism.

Take the time to talk with your Nisei parents, grandparents and great-grandparents and have them tell you stories about their time at war and in the camps.  You will learn so much more than what you read or watch in an interview.  First-hand personal accounts are not covered in many areas. Have them show you items they kept as keepsakes.  Their stories and experiences are so important, but their time is little and precious as they age.

As we celebrate the Year of the Rat, we also celebrate the Nisei from the greatest generation, their contributions, and their perseverance for making our lives much better.  They paved the way for generations to follow, and we must remember that the freedoms and rights we exercise today come at a cost.  Remember those who did not come home, the Prisoners of War, the Missing in Action, the Gold Star families and the sacrifices all their families made.

Think of and honor the veterans.  The Nisei Vets started a legacy that is still being carried on in the 100th and by veterans who followed them in Korea, Vietnam, Cold War, Grenada, Somalia, Panama, Desert Storm, Iraqi Freedom, Enduring Freedom, and many other conflicts.