On the Passing of Judge Vincent H. Okamoto

Los Angeles, CA - As the Chairman of the Board of Trustees for the Japanese American National Museum, it is with sadness and much respect that I note the passing of Judge Vincent H. Okamoto, a decorated Vietnam veteran, a prominent lawyer and judge, an articulate speaker and historian and a community leader. 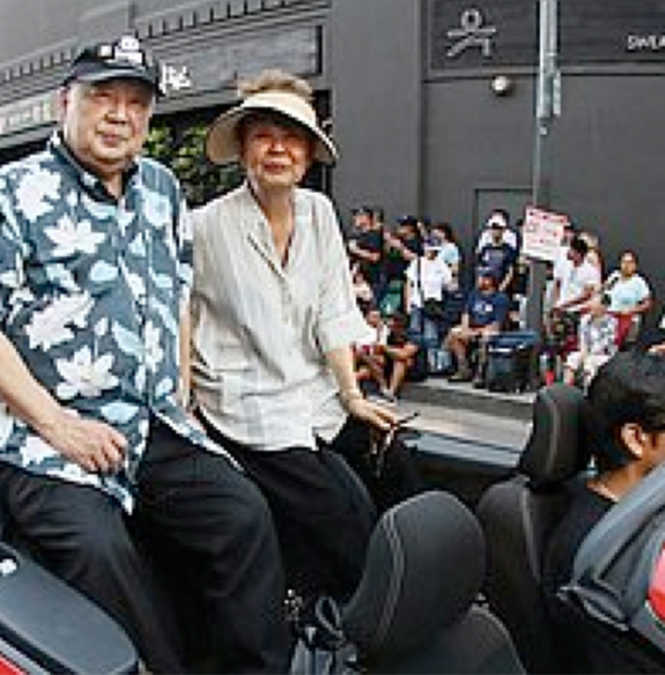 Judge Okamoto’s personal story is remarkable. The 10th child and sixth son born in an American concentration camp during World War II, he grew up in a family in which all six of his older brothers served in the military. His two eldest brothers were members of the famed 442nd Regimental Combat Team during World War II.

After graduating from USC with a degree in international relations in 1967, Judge Okamoto completed officer infantry school, ranger school and airborne training before serving with the 82nd Airborne Division. He volunteered to serve in Vietnam and was an infantry platoon leader, company commander and intelligence officer. Wounded three times, he was recognized with 14 combat decorations including the Distinguished Service Cross, America’s second highest award for valor in combat. Leaving the military with the rank of captain, Judge Okamoto earned his law degree from USC and became a Los Angeles County deputy district attorney. He entered into private practice, but his public service continued as a Gardena City Councilman, a member of the Board of Directors for the California Veterans Affairs Commission and a member of the founding board of the Japanese American Bar Association. He was instrumental in the establishment of the Vietnam Veterans Memorial Court at the Japanese American Cultural and Community Center. In 2002, he was appointed to the California Superior Court.

Judge Okamoto had an important relationship with JANM, beginning in 1995 with his frank and detailed on-camera interview in the museum’s documentary, “Looking Like the Enemy,” which was directed by Robert Nakamura and produced by Karen Ishizuka. Karen, Chief Curator, noted that Judge Okamoto had been on a “personal quest” to understand the war in Vietnam and his own role in it. In 2010, his life story was among those featured in our exhibition, “American Tapestry: 25 Stories from the Collection.”

Judge Okamoto deservedly was recognized with numerous awards, including chosen “Hero of America” by the American Veterans Center in Washington, D.C. in 2016, and being elected to the Army “Ranger Hall of Fame” in 2007, the first Japanese American to earn that honor. In 2018, the Nisei Week Foundation chose him as its Grand Marshal.

On behalf of the leadership, staff and volunteers of JANM, I send our condolences and deepest sympathies to Judge Okamoto’s wife Mitzi and son Darby and family. His heroism, leadership and public service ensures his place in our country’s history.