A New Documentary Film Commemorating the 75th Anniversary of E.O. 9066 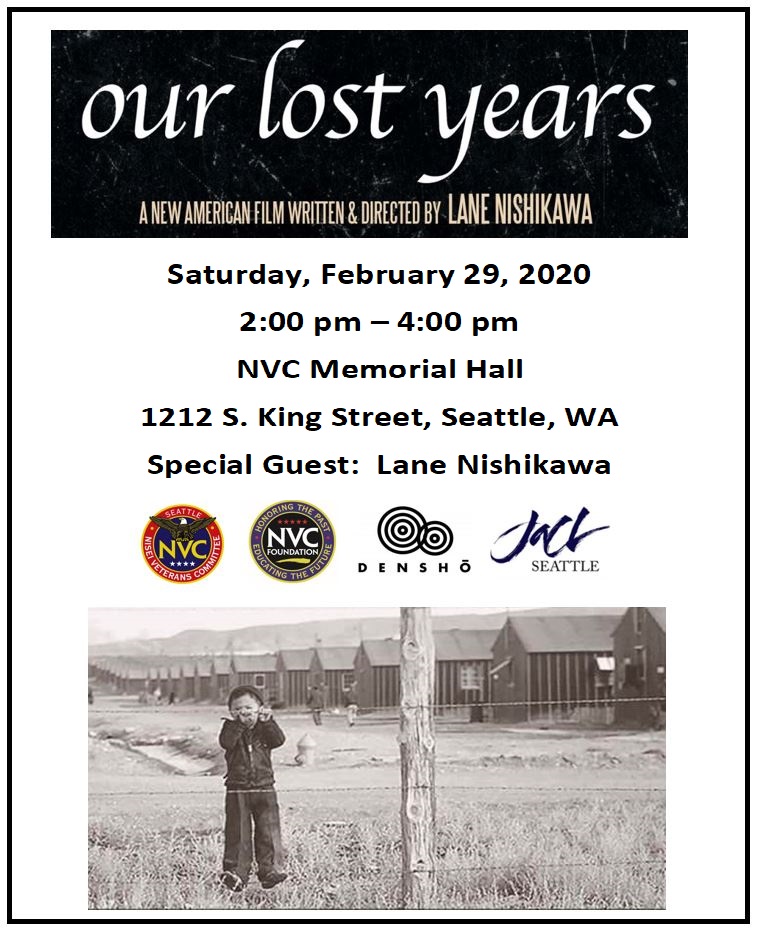 Our Lost Years, a professional feature-length educational documentary film, commemorates the 75th anniversary of Executive Order 9066. It was produced by the San Diego Chapter JACL, working with filmmaker Lane Nishikawa. Our Lost Years examines how lives were challenged, how livelihoods were lost, how families persevered and started over, and how the following generations continue to feel the effect of the incarceration of Japanese Americans during World War II.

Though the Issei (first generation) have all passed on, we witness through their children and grandchildren how their lives drastically changed, and their futures dissolved into the unknown. The film utilizes historic and personal footage and photos to visualize stories of the West Coast Japanese American communities as the government uprooted them from their homes and sent them to ten major WRA concentration camps and smaller DOJ prison camps across the U.S. It follows them out of the camps through later years, as the Japanese American community fought for Redress and finally won in 1988.

Lane Nishikawa has numerous stage and screen credits as an actor, writer and director. He served as artistic director of the Asian American Theater Company in San Francisco and is known for his one-man shows, including “Life in the Fast Lane,” “I’m on a Mission from Buddha” and “Mifune and Me,” as well as a two-man show with Victor Talmadge, “The Gate of Heaven,” about a Nisei veteran and a Holocaust survivor.

Nishikawa wrote and directed two short films about Nisei soldiers, “Forgotten Valor” and “When We Were Warriors,” as well as a feature film, “Only the Brave,” in which he starred along with Tamlyn Tomita, Greg Watanabe, Mark Dacascos, Jason Scott Lee, Yuji Okumoto, Pat Morita, Kenneth Choi and many other Asian American actors. His other film acting credits include “Living on Tokyo Time,” “Eat a Bowl of Tea,” and “East Side Sushi.”

We gratefully acknowledge our community co-sponsors for this film showing: Densho and Seattle JACL