During a very busy time of the year, NVC member Dr. Brian Yamamoto presented a 60-minute video of his 75th Anniversary 100th/442nd France Tour on Saturday, December 14th in the NVC gym. The video was produced by Mike Isumi, detailing their July 5-16, 2019 tour.

The 75th Anniversary Tour of France included 120 tour participants; Lawson Iichiro Sakai, 442nd RCT E Co, was the only Nisei veteran on the tour.  Brian, the tour organizer, was thankful that the tour was able to preserve and promote the legacy of our Nisei soldiers by visiting the combat campaigns of the 100th/442nd RCT during WW II.

Brian’s summary of the tour:

The tour began in Nice on the French Riviera.  Our group visited the towns of Sospel and L'Escarene in the French Maritime Alps. From Sospel we were able to visit Ft. Agaisen on the Maginot line by jeeps.  From L'Escarene a small group took jeeps up to Piera Cava where Nisei troops were stationed.  Lawson was presented with "Honorary Citizenship" in L'Escarene. 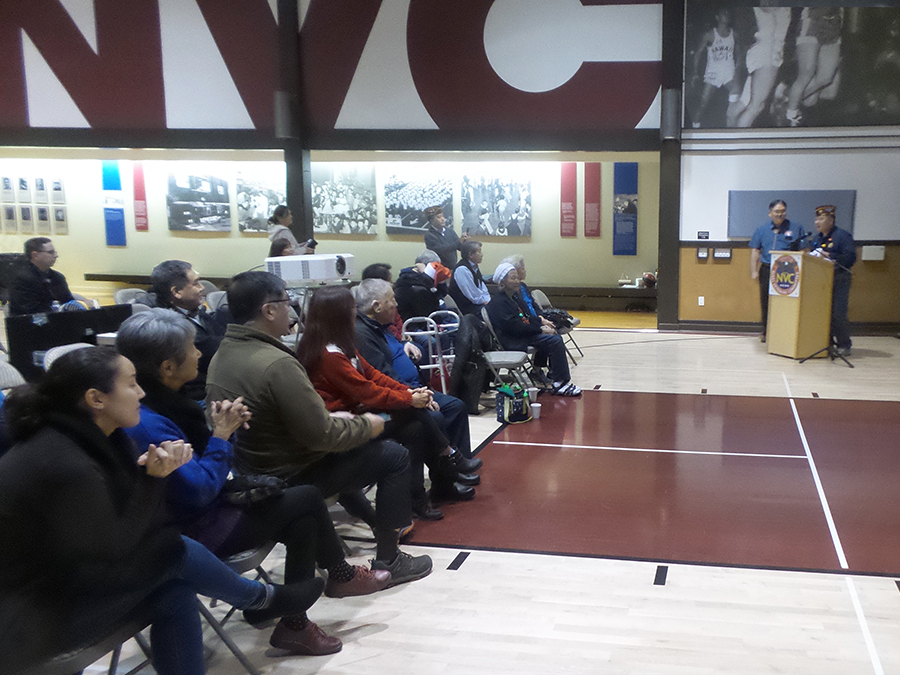 We visited Menton, where members of the 100th Infantry Battalion captured a German mini-submarine.  We presented gifts and Lawson Sakai received a French military medal.

We flew to Bruyeres, where we visited Hill 617 where George Joe Sakato won his Medal of Honor.  We visited Laval sur Vologne where Yohei Sagami became the first Nisei soldier killed in the Vosges.  His niece placed a wreath, and we gave gifts to the mayor and dignitaries.  We secured a US Color Guard from USAG Stuttgart who presented the colors for the next 4 days during all of our ceremonies in the Vosges.

Our tour visited the American Cemetery at Epinal to place a wreath and visit the grave sites of Nisei soldiers buried there. We placed a new sign at Col de Croisette, where Barney Hajiro won his Medal of Honor, and viewed the foxholes and terrain where they made their suicide charge.  Our group held ceremonies at the Lost Battalion monument as well as the new 405th Fighter Squadron monument. 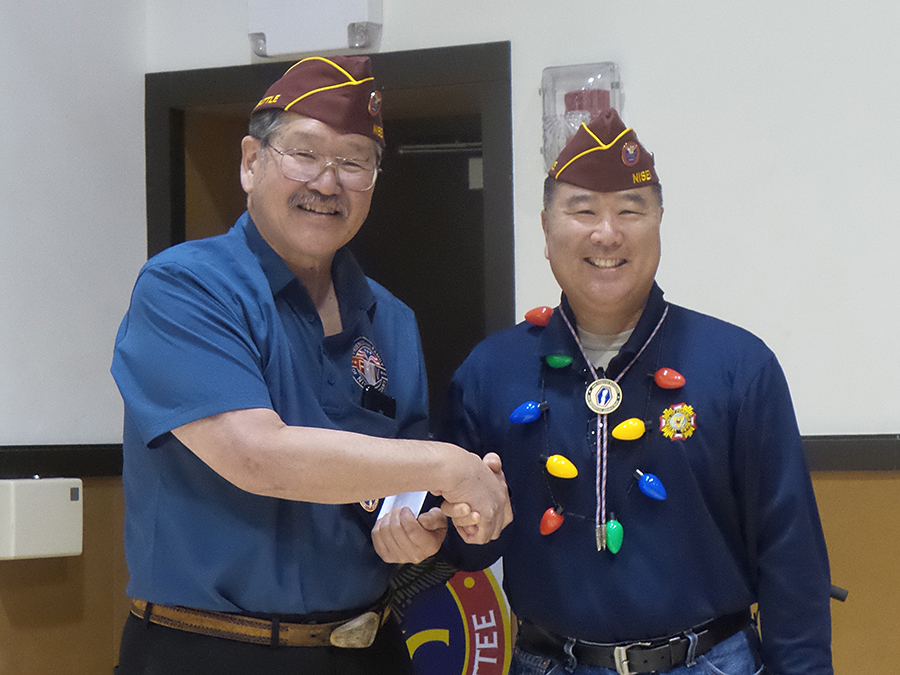 We held ceremonies in Biffontaine which was liberated by the Nisei troops.  Lawson and I both received Honorary Citizenship there.  Finally, on Bastille Day, we attended a church service, participated in a town parade, placed wreaths and presented gifts.  Lawson received Honorary Citizenship in Bruyeres.  The group also placed a wreath at the Tomosu Hirahara Square with the Color Guard in the ceremony.

On our way back to Paris, we stopped at the American Cemetery at Lorraine to place a wreath and have ceremonies at the grave sites of the Akimoto brothers, who are buried side by side. 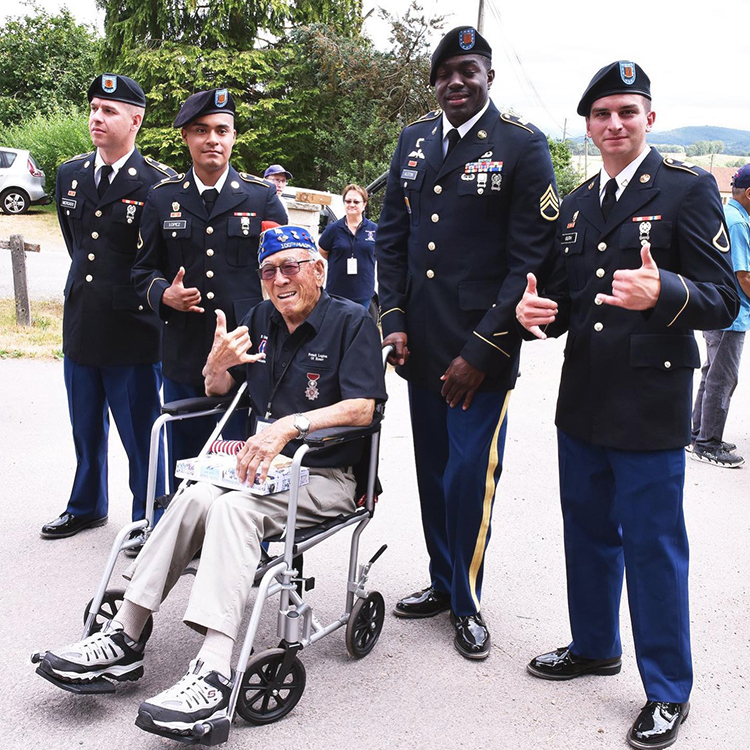 Brian E Yamamoto has practiced dentistry in Alaska since 1985, after serving in the US Army for 5 years on active duty and 8 years in the Reserves. Brian's father and two uncles served in the MIS, two in Japan at the end of the war, and another uncle was in 442nd Cannon Co.  One of his MIS uncles had 3 brothers who fought in the 100th, 442nd, and 522nd Field Artillery Battalion.

This was a significant tour as it will possibly be the last French reunion with a 442nd veteran in attendance. Future reunions will not be as meaningful without the 442nd veterans. The video was very moving when showing the emotions and gratitude of the citizens of France, even after 75 years. The French remember the legacy and bravery of the Nisei soldiers.

We would like to thank Brian Yamamoto for showing his video to our members.  I also would like to thank Mary Ann Yamaguchi, Geri Lynn Egeler, and Shiz Kaku who prepared the refreshments.  Walt Tanimoto ensured that our video equipment was in excellent order.