Louise Kashino Takisaki -- a leader in her community, and a beloved mother, grandmother, and great-grandmother -- died surrounded by family on August 20 after a sudden illness. She was 93.

Louise was born in Seattle on April 25, 1926, to Kakichi and Tamiye Tsuboi. She was the third oldest of six siblings, and was preceded in death by her parents, sisters Hideko Shimomura and Esther Tsuboi, and brothers Henry and Roy Tsuboi. 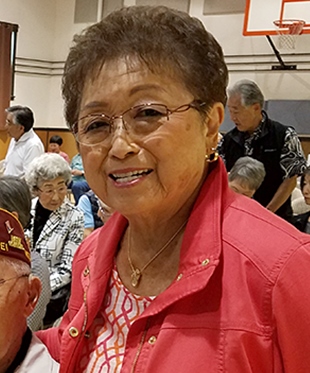 She was 16, and a recent graduate of Broadway High School, when the U.S. government forced Japanese Americans into concentration camps. Louise and her family were incarcerated first at the Puyallup Fairgrounds, then at the Minidoka incarceration camp in Hunt, Idaho.

While incarcerated, Louise met her future husband, Shiro Kashino. He volunteered from camp for the segregated Japanese American Army unit, the 442nd Regimental Combat Team, becoming one of the most decorated soldiers of World War II. Louise, meanwhile, was cleared to leave camp at age 17 to attend business school in Chicago. Shiro eventually joined her there, and they were married on December 1, 1945.

Once home in Seattle after the war, they raised three daughters in the Lakewood neighborhood. When her girls got older, Louise went to work as a legal secretary at the law firm Casey, Pruzan, Kovarik & Shulkin, where she was a valued employee until her retirement. She and Shiro were married 51 years before he died of cancer in 1997. She was married to her second husband, Jiro Takisaki, for five years before his death in 2009.

At 93, Louise still lived a full and independent life. She remained active in the NVC Foundation, educating younger generations about the Japanese American incarceration so that such an atrocity would never happen again. In recent years -- alarmed that Muslims and Latino immigrants could face similar persecution by the American government -- she became an advocate for those communities as well.