On Sunday, September 8th, the story of the NVC veterans’ legacy and the Japanese American Experience was shared with all who attended the NVC luncheon with 7th Infantry Division soldiers stationed at JBLM and visiting Japanese 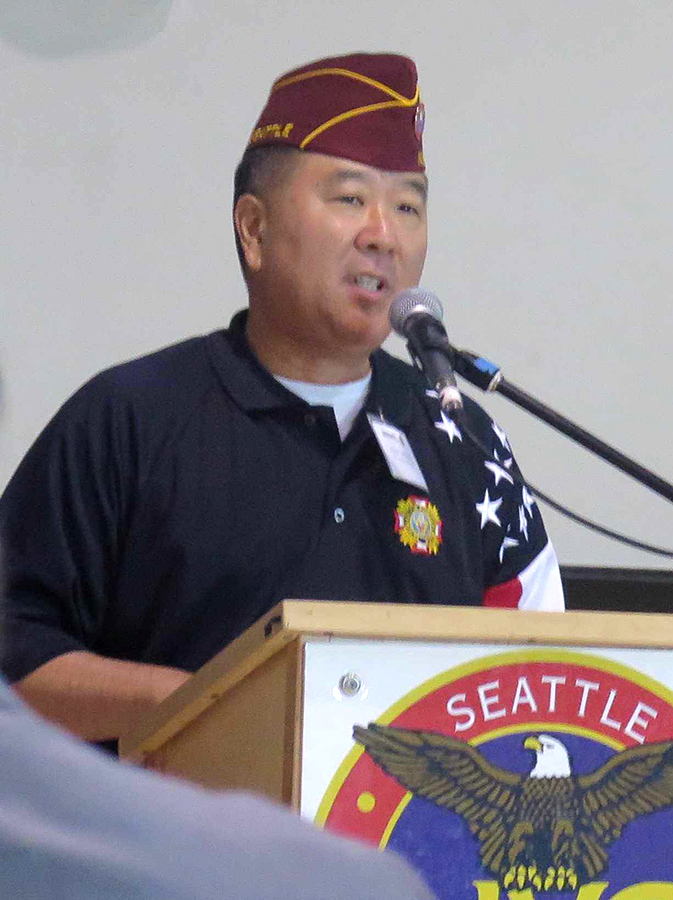 Ground Self Defense Force soldiers.  This 7th annual luncheon honored active military soldiers at the JBLM military base and Japanese soldiers participating in the Yakima Range Live Fire Drills.  It is an annual opportunity for active military soldiers to hear stories from NVC’s veterans about their experiences during WWII, Korean War, Viet Nam War, and current conflicts in which NVC members have participated. 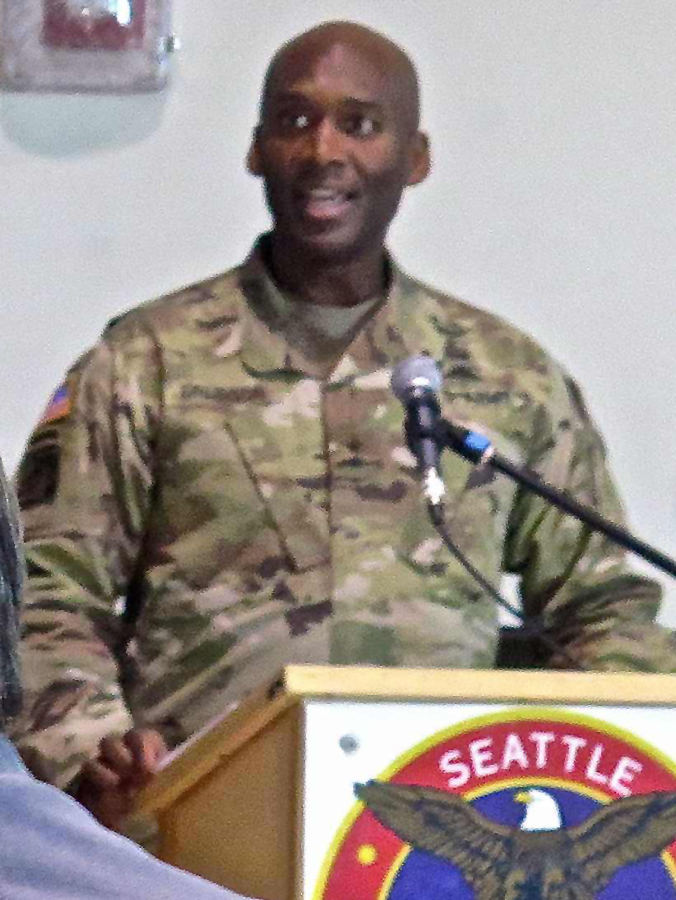 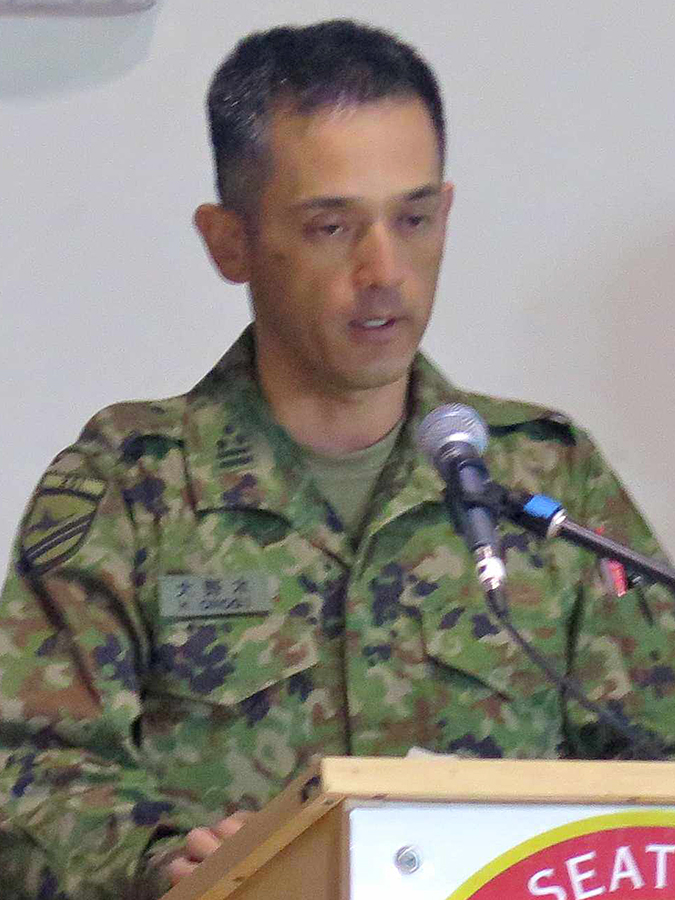 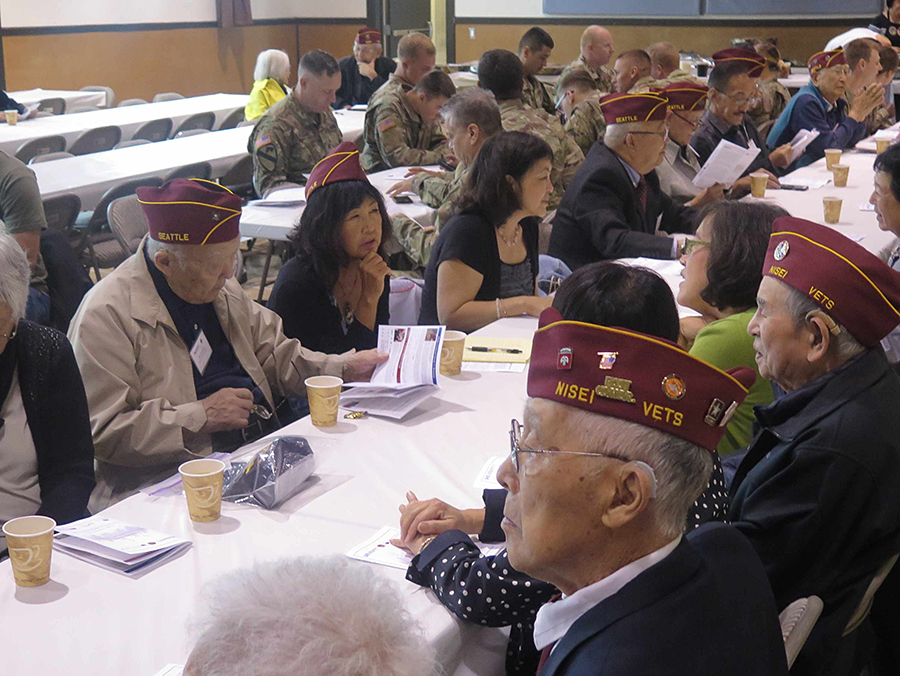 Through the tour of the NVC Memorial Hall, JGSDF soldiers heard, for their first time, stories about the Japanese immigration to America, beginning in 1868.  The hall’s collection of photos from early 1900 were of particular interest to many.

Over 250 participants were treated to a Japanese menu from Hiroshi’s Catering and an American menu from Terry’s Kitchen.  The meal offering was made possible from a donation of the Sasakawa Peace Foundation through JASSW. Following the meal, a 2013 NVC video of Sam Mitsui’s speech “Good Things Grow from Horse Manure” with Japanese subtitles was shown, receiving a standing ovation from the audience.  The Japanese subtitles were made possible by Japanese students/JASSW interns, Lynette Malavolti, Mari Wilson, and Dale Watanabe. 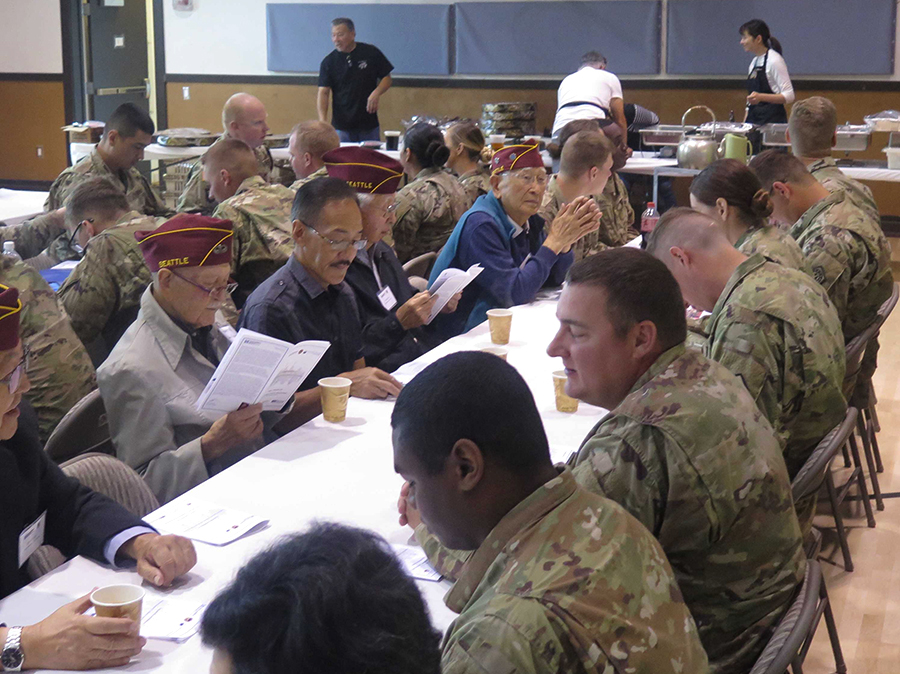 The video presentation was followed by the Okinawa Kenjin-Kai Taiko performance with a lion dance.  The performance ended with audience participation of Kachashi, an Okinawan festival dance.