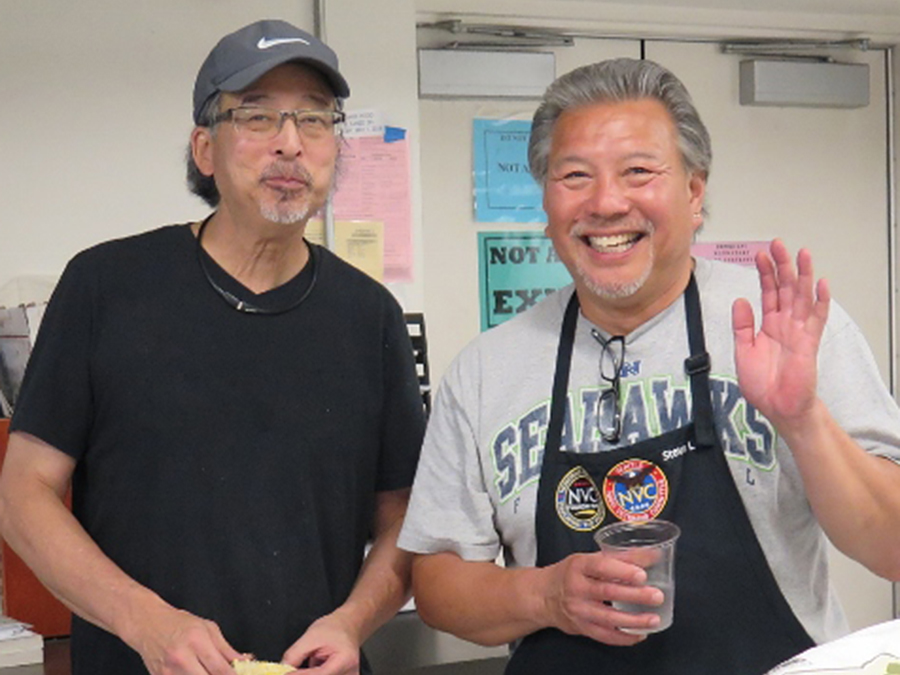 The Annual NVC Golf Tournament took place on August 19th at Foster Golf Links with 72 players having a friendly competition between three flights of golfers, Flight 1 Men’s (Handicap less than 19), Flight 2 Men’s (Handicap 19 and above) and Women’s Flight. Great weather, and arguably, great golf was experienced by all. Once again, whatever the results were on the course was only enhanced by the awards dinner that followed the golf.

Terry Takeuchi and Steve Louie once again provided their culinary service to the NVC golfers. The steak dinners were deliciously prepared and provided a most welcoming touch for golfers returning to the NVC Clubhouse. 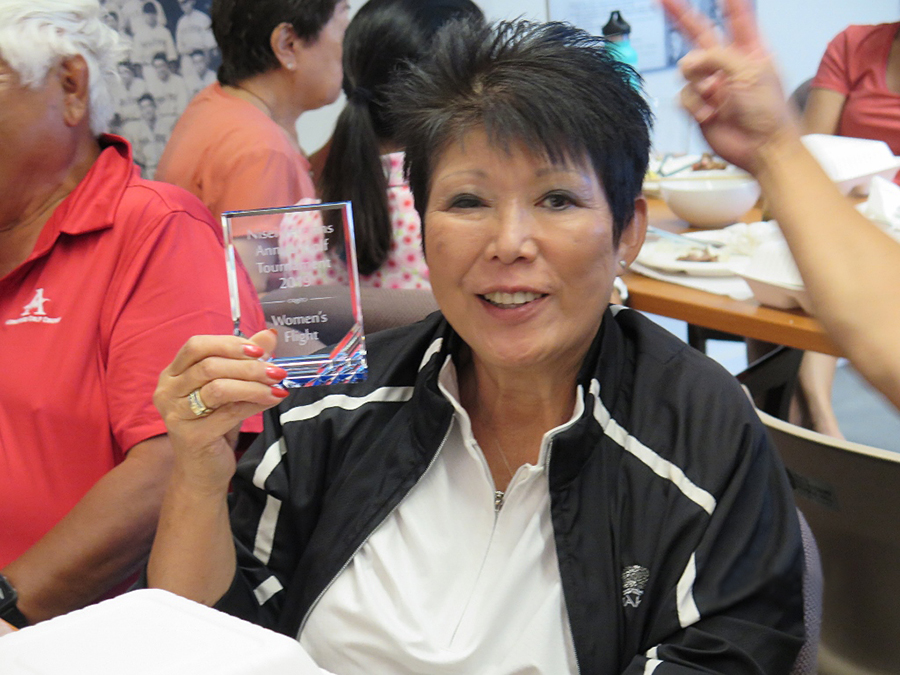 Here are the results, with the net scores: 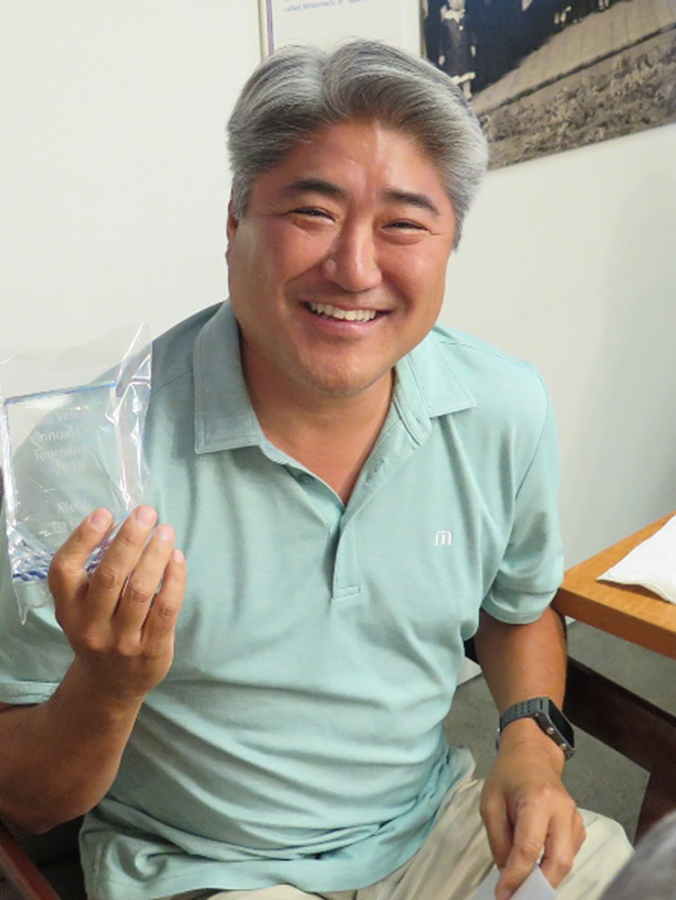 Men's Second Flight (Handicaps 19 and above):

This year’s coveted trophy went to Dale Kaku for shooting the lowest NVC Veteran round.

Closest to the pin awards for hole #9: 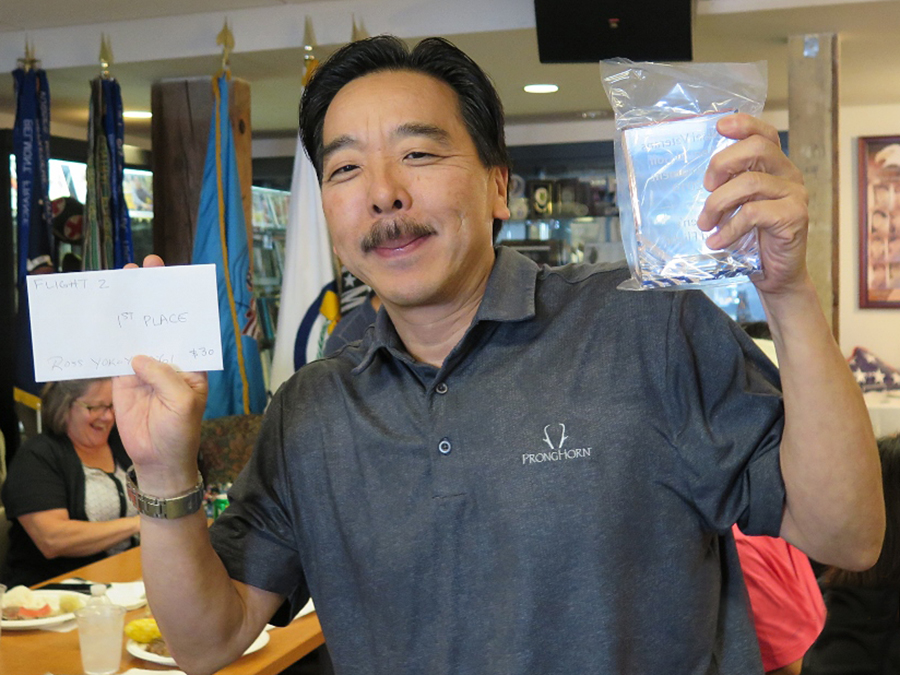 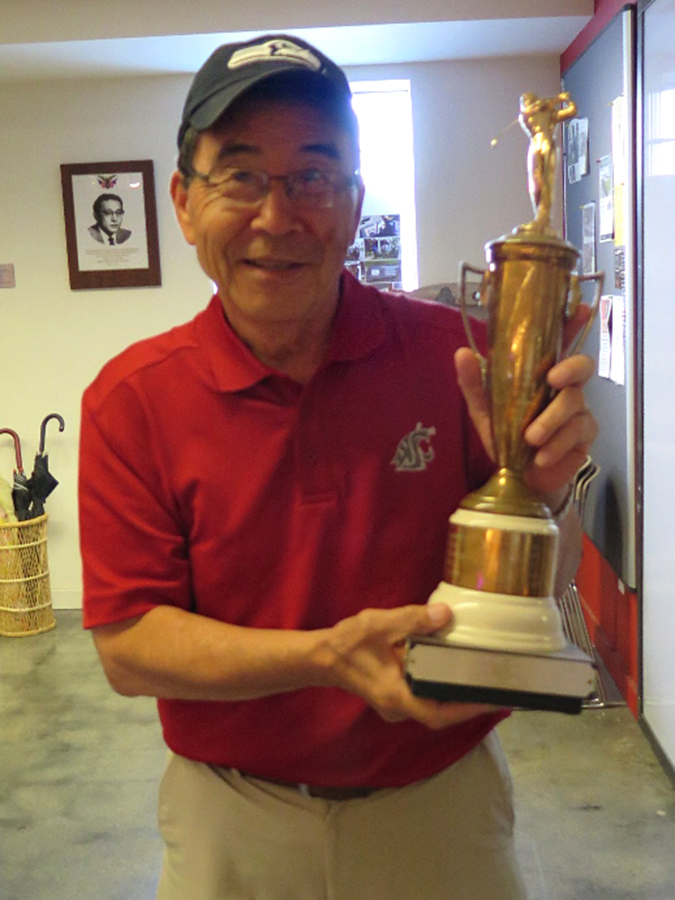 Again, the NVC Golf Tournament would not be possible without our volunteers. The following folks worked hard to make sure all of our golfers had fun on the course as well as enjoyed the food and awards ceremony back at the clubhouse: Steve Louie, Jan Gokami, Victor Mizumori, Ted Tomita, MJ Mitoma, Danielle Takeuchi-Neel, Shirley Takeuchi, Bryan Takeuchi, Gary Takeuchi, Terry Takeuchi, and Rick Takeuchi.

Thanks to all who participated or volunteered, and congratulation to all of the winners!