Issei & Nisei Monument: "Okagesamade -- I am what I am because of you"

by the "Issei & Nisei: Our Greatest Generations" committee 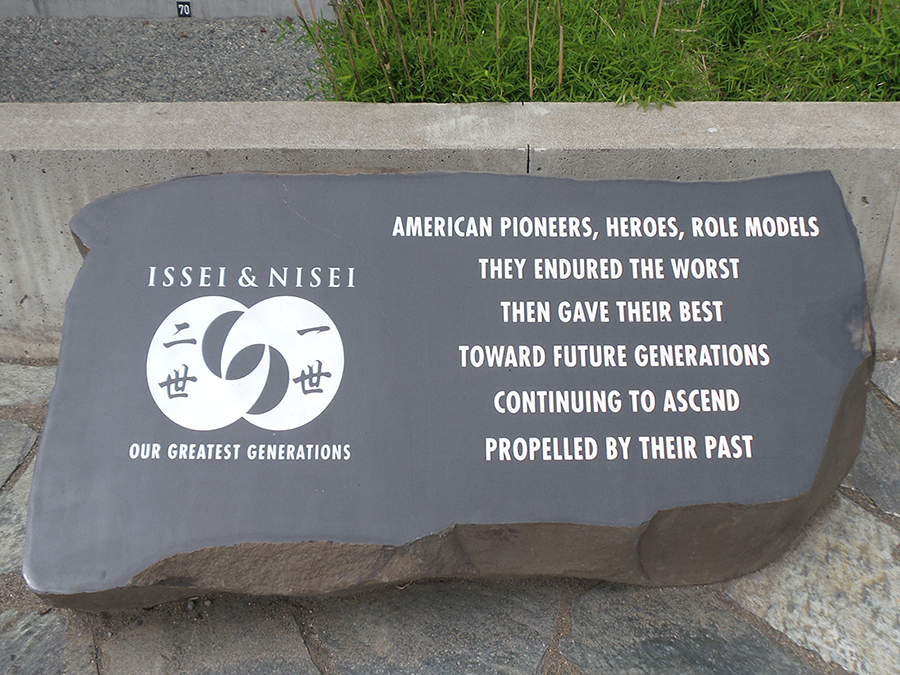 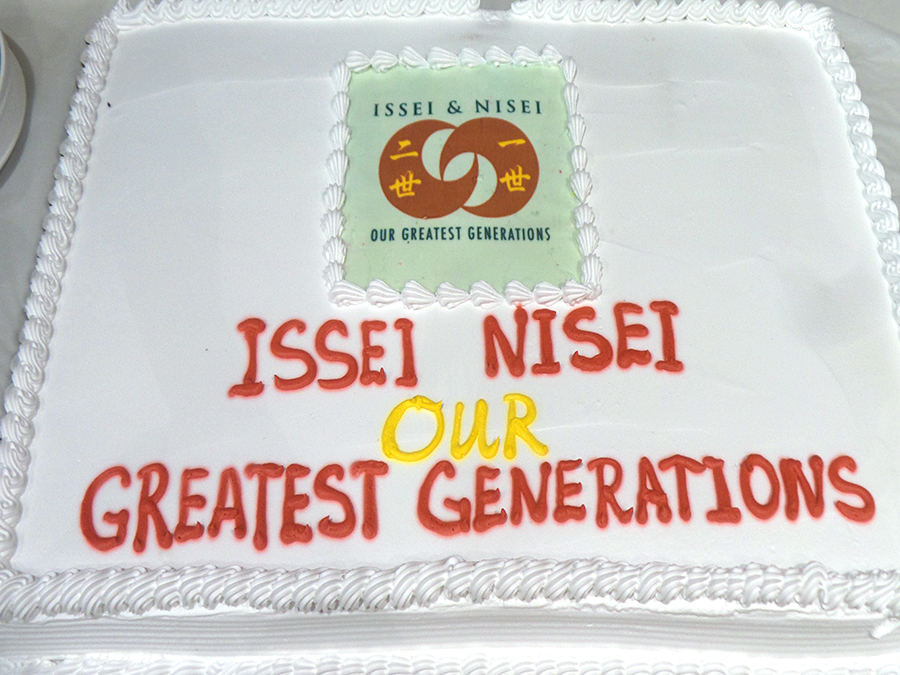 Last March, former NVC Commander Keith Yamaguchi and longtime Nisei Luncheon volunteer Sue Beeson broached the idea of some kind of monument or memorial to the Issei and Nisei -- "Our Greatest Generations." Forming a 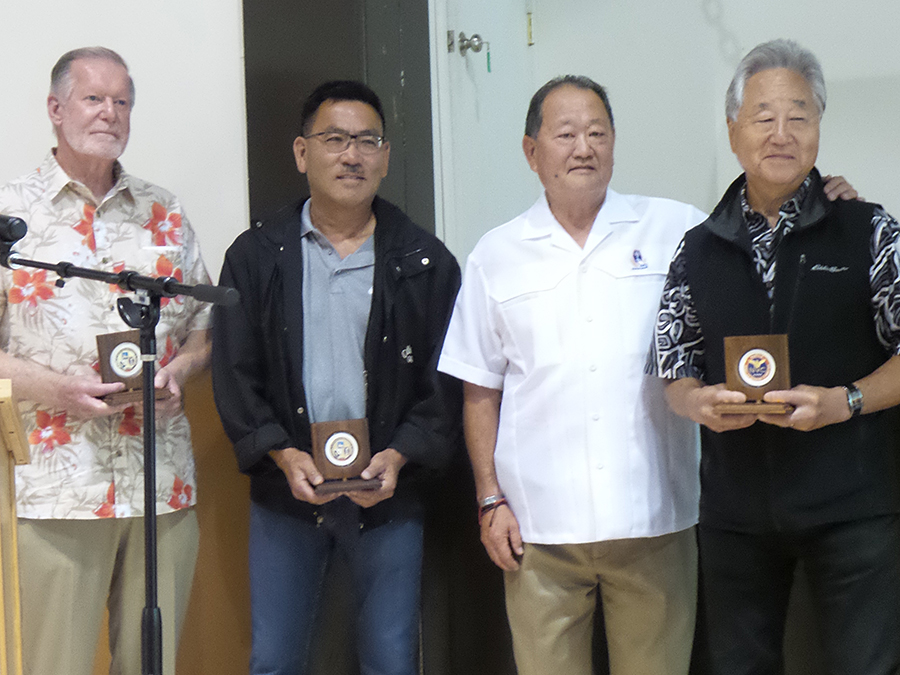 committee to fulfill that vision, the group visited rock quarries to find the appropriate stone for the monument envisioned to stand near the Memorial Wall. With the proper stone candidate found and funding provided by the Nisei Veterans Committee, graphic designer Erin Shigaki of Purple Gate Design saw through the sandblasting of the logo she created, along with a text inscription written by Ken Mochizuki.

Polished and completed, the monument was delivered to the NVC parking lot in June and "everything fell into place," Keith recalled. Ohashi Landscaping donated its skills, which included installing an underground irrigation system, and retired landscaper Don Shimono cultivated and perfected the surrounding floral garden 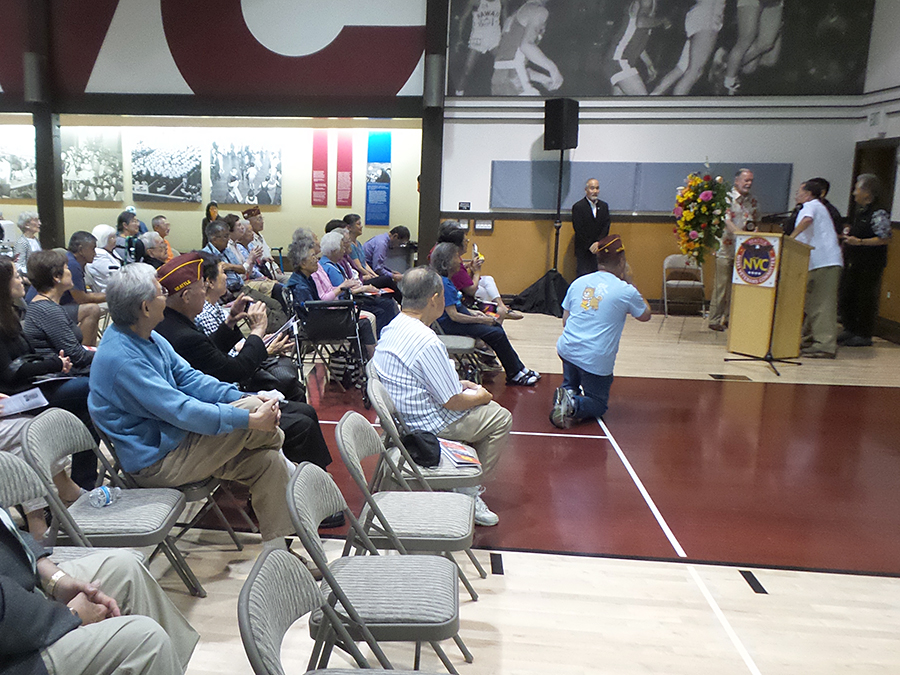 Five months later, on August 17, the fruition of Keith and Sue's original vision for the "Issei & Nisei: Our Greatest Generations" monument was celebrated at a dedication ceremony attended by some 130 community members at the NVC Hall. Ken, serving as master of ceremonies, initiated the event by stating: with the Issei generation gone and the loss of many members of the Nisei generation, the event was taking place at a “tardy time,” but that it was “better late than never.”

Minidoka: An American Concentration Camp, a 30-minute documentary produced by the National Park Service, focused on interviews with Nikkei locals, most of whom were incarcerated at the Minidoka “War Relocation Center” during World War II, 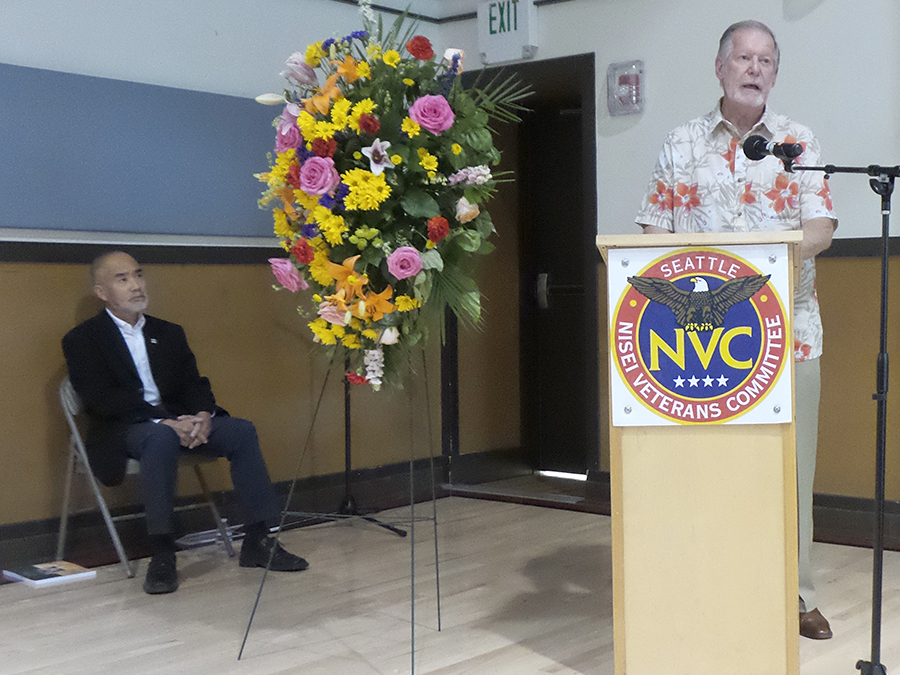 as they recounted the psychological impact of their experiences. Audience members later commented on how they appreciated that the film concentrated on "people, rather than the barracks." The film will be playing continuously next year within the new Visitor Center at the Minidoka National Historic Site.

In a stirring keynote address, Rev. E. Brooks Andrews, son of the legendary Rev. Emery Andrews of the Japanese Baptist Church in Seattle, recalled growing up with the Issei and Nisei, including at the Minidoka camp since his father had moved his family to nearby Twin Falls to be near his congregation. Calling the Issei and Nisei his heroes, he said God was with them even in the camp -- the bottom of His robes caked in mud. 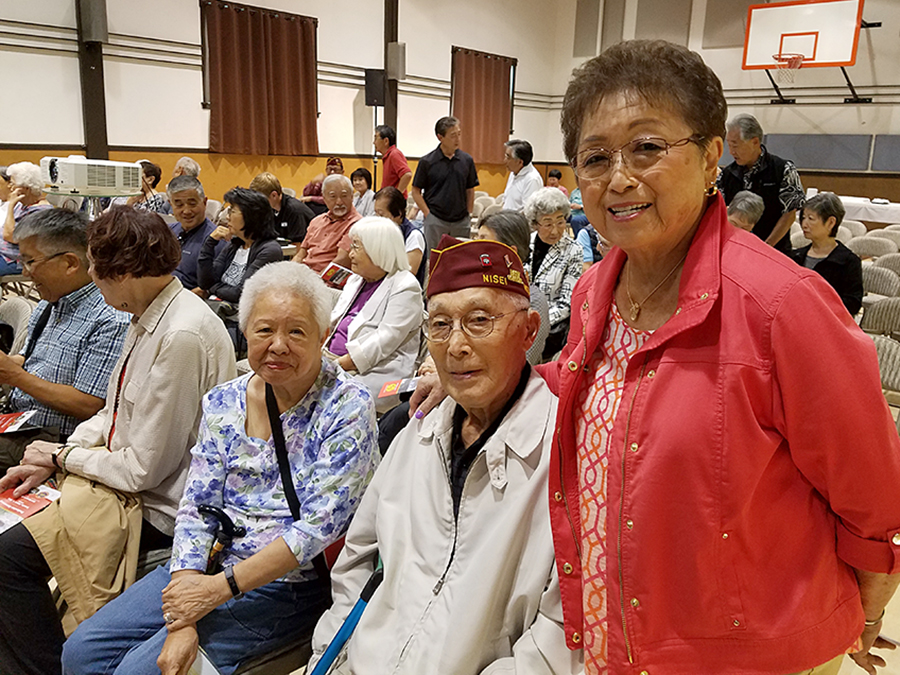 Keith then presented the Challenge Coin award in appreciation to Don Shimono, David Ohashi of Ohashi Landscaping, and Brooks Andrews.