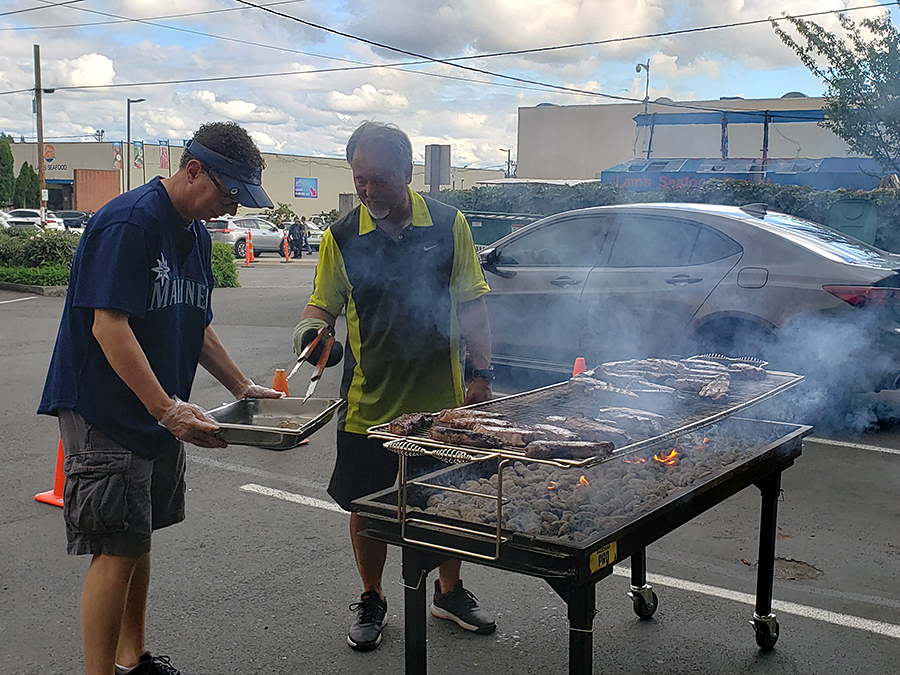 After skipping a year, the annual Summer Cookout was held on Saturday, August 24, at NVC Hall. We had over a hundred guests in attendance who were served a delicious steak or salmon dinner, rice, tsukemono, and cake.

Drinks were served by bartenders Warren Higa, Robert Higa, and Walt Tanimoto.  Dinner was followed with the customary game of bingo, coordinated by Derek Ishihara, and Kyle and Kevin Fukuhara.

Although attendance is down from years back when we all used to sit and eat in the parking lot, the summer cookout continues to be a big social event for the NVC/NVCF members. 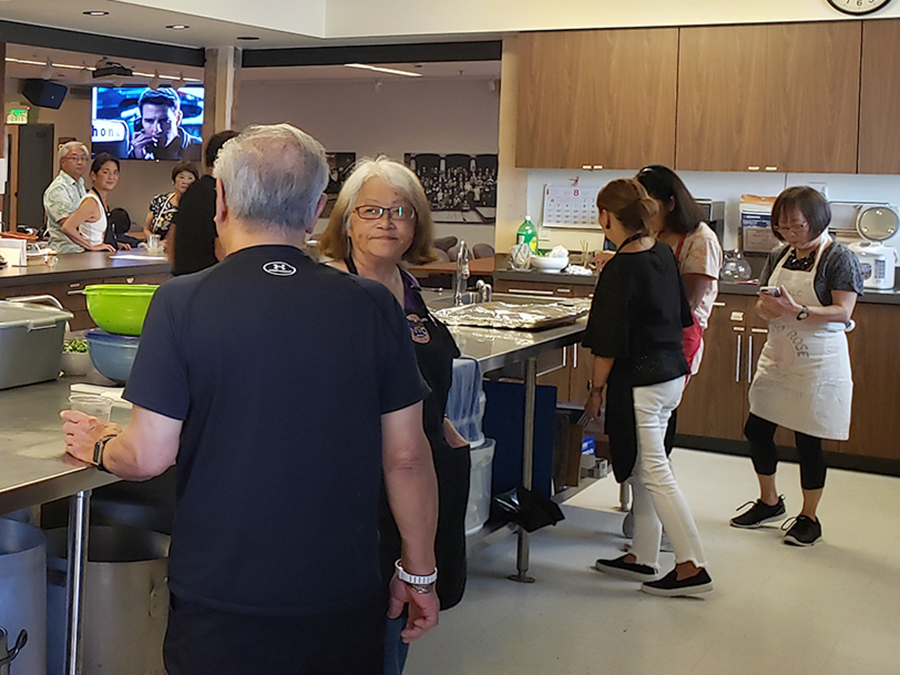 Many thanks to my co-chairs Lilly Tokita and GeriLynne Egeler.

I also thank the very loyal crew of volunteers who really made this event a success.  Couldn’t have done it without all of you! 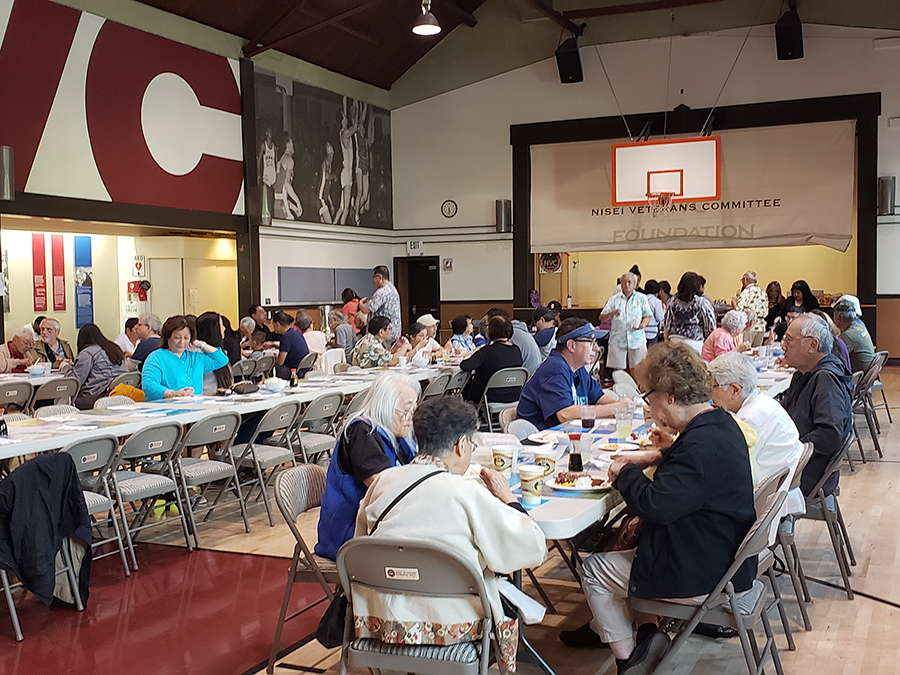 We look forward to next year!!!