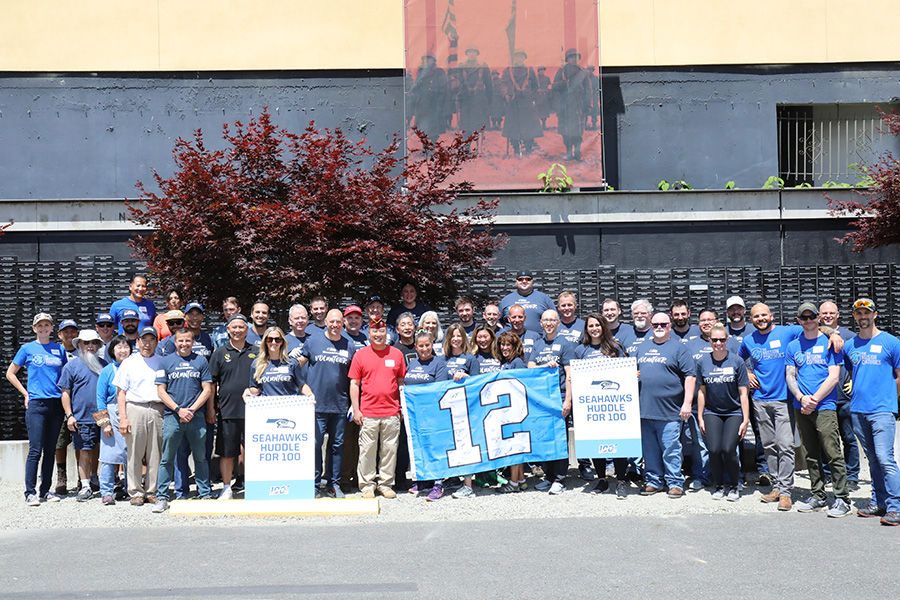 On Friday, 14 June, the veterans group The Mission Continues (TMC) led by Army veteran Linh Thai, City Impact Manager for the Pacific Northwest Region of The Mission Continues, and Seattle Seahawks, led by President Chuck Arnold and Vice President of Community Outreach and US Coast Guard veteran Mike Flood gathered at the NVC Memorial Hall to help clean, fix, replace, and celebrate with the NVC! 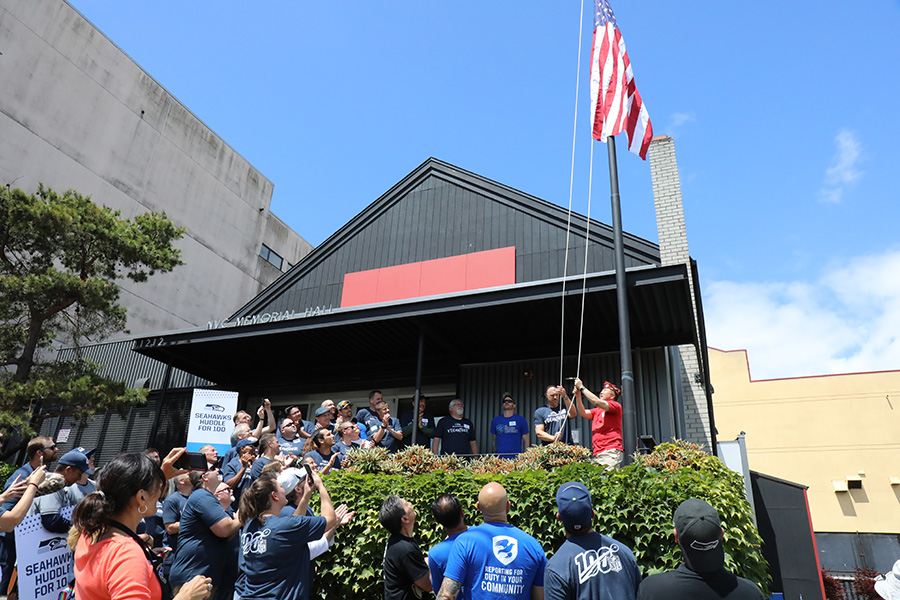 The NVC was one of only three non-profit organizations selected by the Seahawks for this event.  TMC nominated the NVC to the Seahawks for the NFL Huddle for 100 event.  The Huddle for 100 is in honor of the NFL’s 100th season.  The NFL’s Seattle Seahawks invited fans to partner with them choosing a cause to donate 100 minutes of time, and help shape the community for the next 100 years.

Approximately 70 people volunteered for our event including volunteer representatives from Delta Airlines, NVC, and NVC Foundation.  The NVC shared these activities with the Foundation and included general cleaning around the hall, tidying up the kitchen, fixing the roof, working around the Foundation Memorial Wall, cleaning all glass surfaces, trimming bushes, fixing the main flag pole, and creating a new display case for the museum and for the 12th Man Flag! 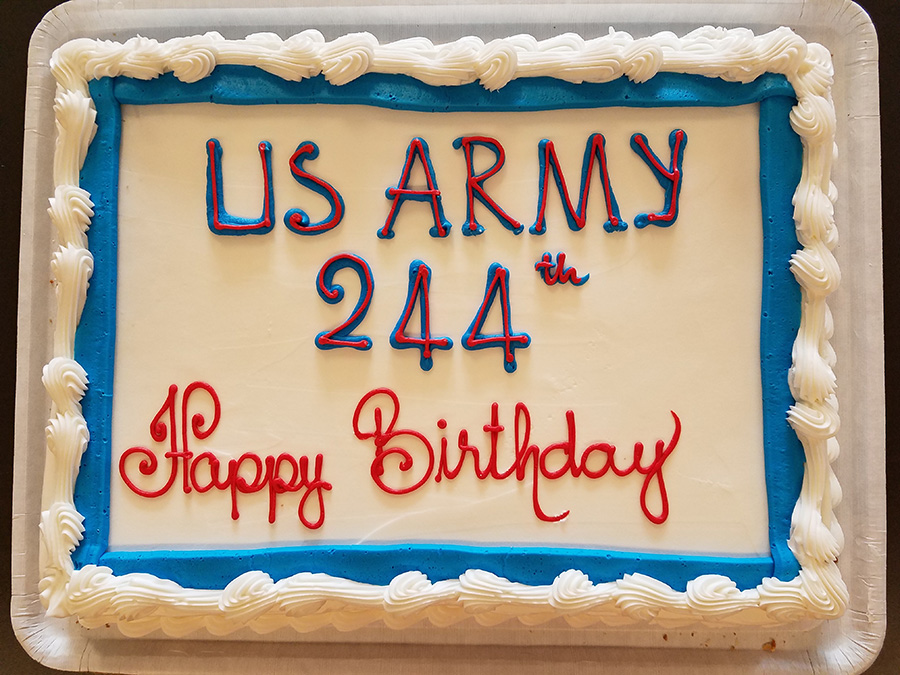 Brief introductions were made before work started.  There was a gift and coin exchange, as well as comments by leaders from each organization.

The Seahawks provided participants a scrumptious lunch and during lunch we took time to celebrate the U.S. Army’s 244th Birthday!  A big thank you goes to NVC Foundation President Warren Higa for donating his personal monies to purchase the birthday cake.  The U.S. Army has lived up to its motto, “This We’ll Defend” and has been defending our freedom since 14 June 1775.

The work day ended with a ceremonial raising of the U.S. Flag, which was also donated by the Seahawks!  The flag was raised by Seahawks President Chuck Arnold and NVC Commander and Army veteran Walt Tanimoto.

Lastly, I send my personal thanks to the veterans of The Mission Continues and to the Seattle Seahawks for selecting the NVC for the NFL Huddle for 100 event.  Our entire community benefits by your dedication and community service!

Photo 2:  Raising of the U.S. Flag by Seahawks President Chuck Arnold and NVC Commander Walt Tanimoto.  The flagpole truck and halyard repairs were paid for by the Seattle Seahawks.  Photo Credit Gary Lott/Seahawks

Photo 3:  One of two U.S. Army Birthday cakes bought by NVCF President Warren Higa out of his personal funds.