For the April Speaker Series, guest speaker Stan Shikuma spoke about his personal history relating to Tule Lake, the importance of it, the origins and development of the Tule Lake Pilgrimage, important lessons learned through the experience of living there, and why it is important to today. Through the many stories Stan told about the history of families who ended up at Tule Lake, Stan truly captured and told the story about what the government did to the Japanese American community in WWII. 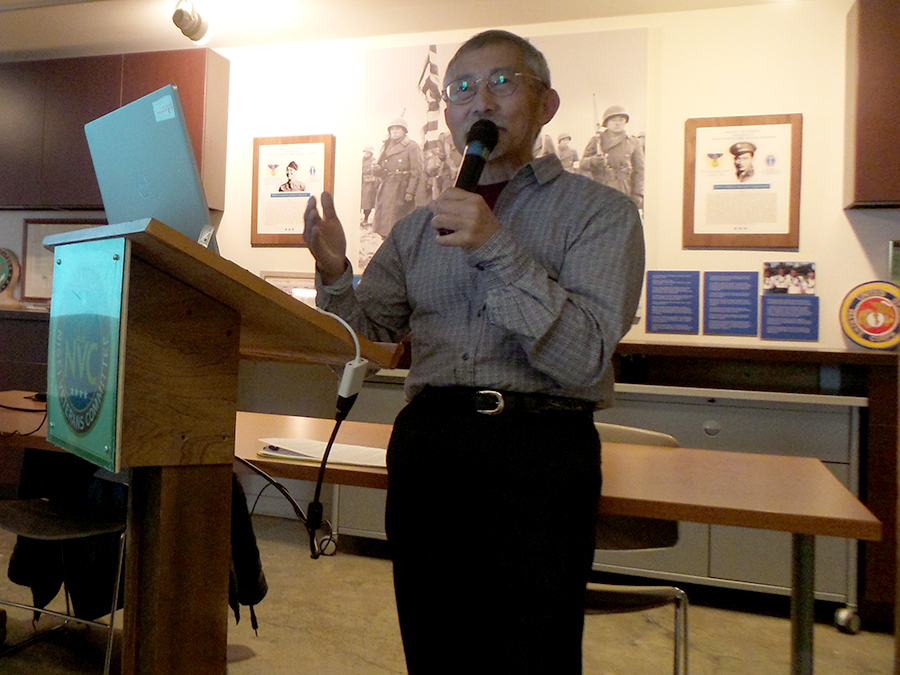 Stan opened up the speaker series by mentioning the Tule Lake Pilgrimage, an event that happens every 2 years -- he has been participating in this since 1979. Out of the ten War Relocation Authority (WRA) camps, Tule Lake is the most notorious and controversial for many reasons. In 1943, an ill-conceived loyalty questionnaire was sent to all adults in the WRA camps to segregate the “loyal” from the “disloyal.” Anyone who answered “no” to questions 27 and 28 became part of the “no-noes” and were moved to Tule Lake. The term “no-noes” often had a negative connotation back then.

During the speaker series, Stan came up with four reasons why Tule Lake should still be talked about. The first reason is recovery: recovery of our history, both personally and for the community. Because of the stigma around Tule Lake, a lot of stories from Tule Lake are suppressed – and if people don’t uncover them, then they will be lost. The second reason was resistance: Tule Lake is often not seen as a place of resistance, but in many cases, people were there because of acts of resistance. Because of the stigma that persisted after the war, people’s lives were heavily impacted in terms of where they could live, where they could get a job, who they could talk to on the street. People would often say, “my face was my crime.” 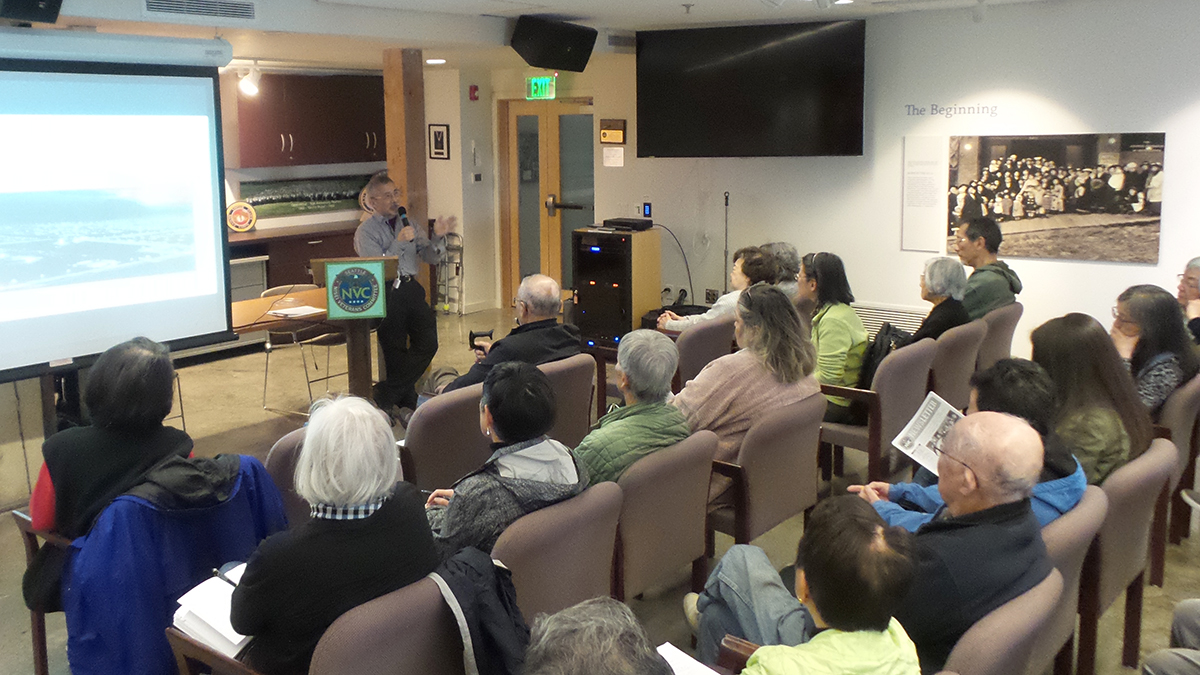 The third reason Stan came up with was reconciliation and understanding, and the fourth reason was relevance and action. Stan mentions how we are in a time period when the government is doing many things that are reminiscent of 1942, such as the amount of Islamophobia in the United states; Muslims are being targeted in very similar ways that Japanese Americans were targeted.

Giving the basics about Tule Lake, there were originally 12,000 people who lived there before segregation. During segregation in 1943, 6,000 were moved out and 12,000 people were moved in—roughly 18,000 people lived there. Tule Lake was expanded and built up to hold 15,000 in anticipation of segregation, so it was grossly overcrowded in just over 1 square mile of area. Essentially, Tule Lake was turned into a maximum-security prison after deciding it would be a segregation center. A second barbed wire fence was added that was taller, and the number of guard towers was tripled. 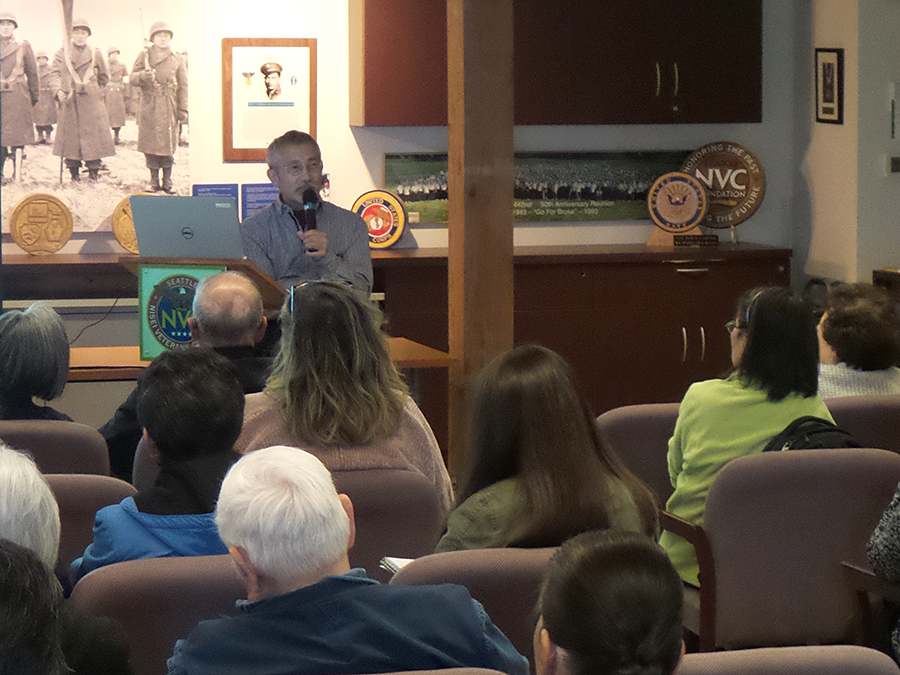 To address the famous stigma about Tule Lake, Stan mentions how those who stayed there were often seen as the worst of the worst, but that was often not the case. Those who were “no-noes” were seen as draft dodgers, cowards, loyalists to Japan, or a trouble maker, and this legacy stayed for a lifetime. Because of this reputation, it took a big effort to get the Nisei to come and for them to talk about being a “No-no” on the Tule Lake Pilgrimage. In 2006, Barbara Takei did the opening statement and asked the “no-noes” to stand so they could be recognized and honored. It took a little while, but after 10 seconds one finally stood up. By the end of it there were about 20 people who stood up. “There were a lot of tears, both from them and from their family members because it had always been something to be ashamed of, and now it was something they could admit to and declare. It was that you could claim who you are and what you did without being ashamed of it,” Stan said.

Part of reconciliation is trying to understand the whole story. Most people just want to hear the stories where there is a happy ending or where someone came out better on the other side. For a lot of people who went to Tule Lake, they didn’t come out better on the other side. Some of them came out broken, bitter, all of them angry or sad in different ways. A lot of them had an even greater feeling that they couldn’t talk about what they experienced, because it would just bring more shame on their families or unwanted attention.

To end the Speaker Series, Stan tells the audience that the commission that studied the wartime relocation and internment of civilians made the conclusion that Executive Order 9066 was not justified by military necessity. In other words, nobody that was taken away had done anything wrong, and there was no reason for doing that. The brought historical costs that shaped these decisions were race, prejudice, war hysteria, and the failure of political leadership. Reflecting on Tule Lake, all the events and experiences that happened were set in motion by a certain amount of racism and hysteria within the government and the military. Because of this, there’s always the question of why we always believe our country is the greatest, and how we’re going to make sure that our words truly do reflect the truth.