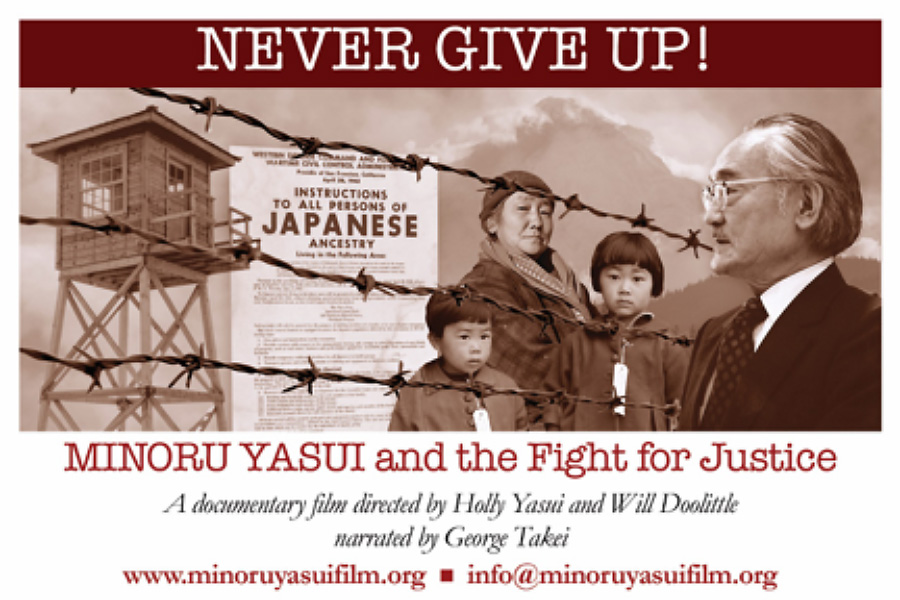 Never Give Up! A documentary film by Holly Yasui

Minoru Yasui, son of Japanese immigrants, challenged the Curfew Order promulgated by General John L. DeWitt, which applied to all German aliens, all Italian aliens, and all PERSONS of Japanese ancestry, and spent the remainder of his life advocating for, and mentoring, under-represented peoples. He was a lifelong defender of equal justice and civil rights for all.