[Editor’s Note: Ren Watanabe is a 2019 recipient of the NVCF Shiro Kashino Memorial Scholarship. She is the daughter of Carol Anne Yamamoto and Dale Watanabe.  She is the granddaughter of Matsue and NVC member Sam Watanabe.]

Growing up, I was always told about the sacrifices and hardships of Japanese Americans during, and after, World War II. My grandmother was forcibly moved to the Japanese American incarceration camp in Manzanar, while my uncle served as a member in the 442nd Regimental combat team—one of the most decorated units in the history of American warfare. The juxtaposition of these two situations is jarring. One was welcomed to the military to fight for the very country that was imprisoning his family, his people. The other was stripped of her US constitutional rights, treated like an outsider. 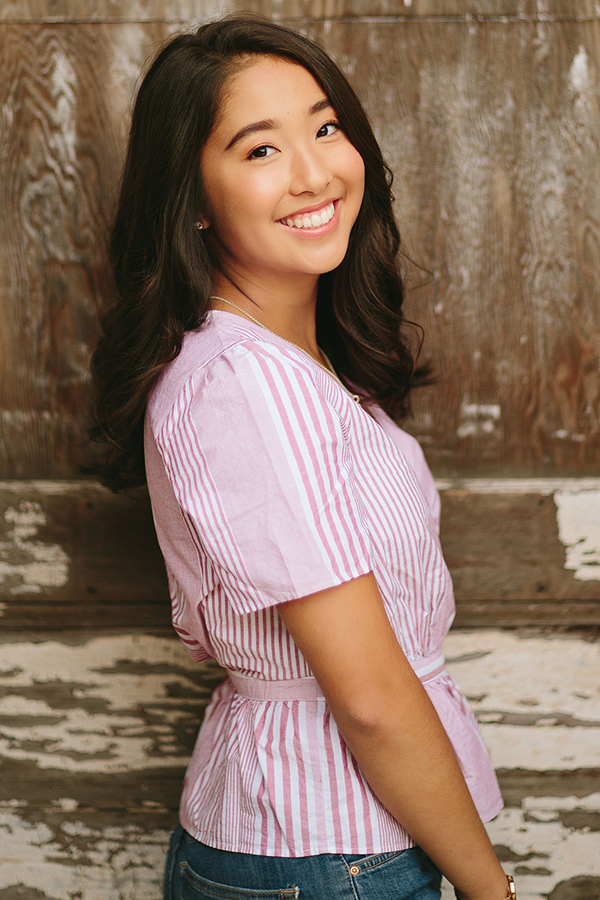 When I was seven, I visited Manzanar with my family. I saw the open showers, barracks, and memorial shrine that was surrounded with hundreds of paper cranes, a symbol of hope and healing during challenging times. There was no privacy. Families were stretched to the limits if they wanted to survive. They claimed the purpose was to protect them, but it made no sense how all the guns and barbed wire pointed inward. I was stunned by the actions of the United States, but proud of my family and the Nisei Veterans for making the best of it.

What really stands out about the Nisei Veterans’ legacy is how spirited and courageous these men were -- willing to fight for their country regardless of their citizenship being questioned. They not only helped America win the war but fought against things that were more prevalent, such as discrimination and racial inequality. It’s crazy to me how much strength they had, and how honorable they were. I’ve watched many documentaries about these inspiring men, and I am always moved how they were able to overcome such tremendous challenges.

I’ve been a member of the NVC for a very long time. I’ve learned many lessons and incorporated them into my life. One of the most important lessons I’ve learned from these stories is the power of change and motivation. Just as the Nisei veterans fought against racial discrimination back in 1944, I plan on fighting that same battle today. In eleventh grade I took AP United States history. We had a lesson on the Japanese American incarceration camps, and I was stunned to see just two pages about the camps and our legacy. It was overly simplified and unjust. Two pages didn’t explain what America did to its own people, the amount of courage and perseverance the veterans had, the amount of pain and hardships inflicted because of racism. Because of this, I want to change that and make a mark.

I am creating a presentation for history classes in my school district to raise awareness about the Japanese Americans’ experiences during and after World War II. Using that presentation, I am connecting it to today’s current world affairs, because I believe in the power of history. At the end of March and beginning of April, I will be presenting at Odle and Chinook Middle Schools in the Bellevue School District, and at Risdon Middle School in Renton. This legacy has inspired me to educate others about what the Nisei Veterans have done for America, and about the valuable lessons learned to help create a just and equal community.

I believe this legacy has become a part of my identity, and I embrace it wholeheartedly. I believe it has made me who I am because I’ve learned and incorporated these lessons into my core values. One of them is hard work and learning to “go for broke.” While it was initially against my nature, I’ve learned over the years that by “going for broke,” I have become more engaged and have worked to expand my limits. My family says the only time success comes before hard work is in the dictionary, and I live out that creed, working, playing sports at a high level and taking rigorous AP classes at school.

The Nisei Veterans’ legacy has a special place in my heart not just because I have a family connection to it, but because of the lessons that I’ve learned. I believe that because of this legacy, I’ve become a more open minded and conscientious person. I’ve gained a greater appreciation for my heritage and have ultimately learned to “go for broke.” My Japanese American ancestry has made me who I am today. I believe in going for broke. I am proud to be part of a community like the NVC. I am proud that my ancestral history has such honorable men doing the impossible. I am proud to be Japanese American.