Command Sergeant Major Joshua T. Mason was born in Salem, Oregon and graduated from Kaiser High school in Honolulu, Hawaii in 1994. He enlisted in the United States Army Reserve on February 19, 1993 as a Military Police Officer and attended Basic Training and Advanced Individual Training at Fort McClellan, Alabama. 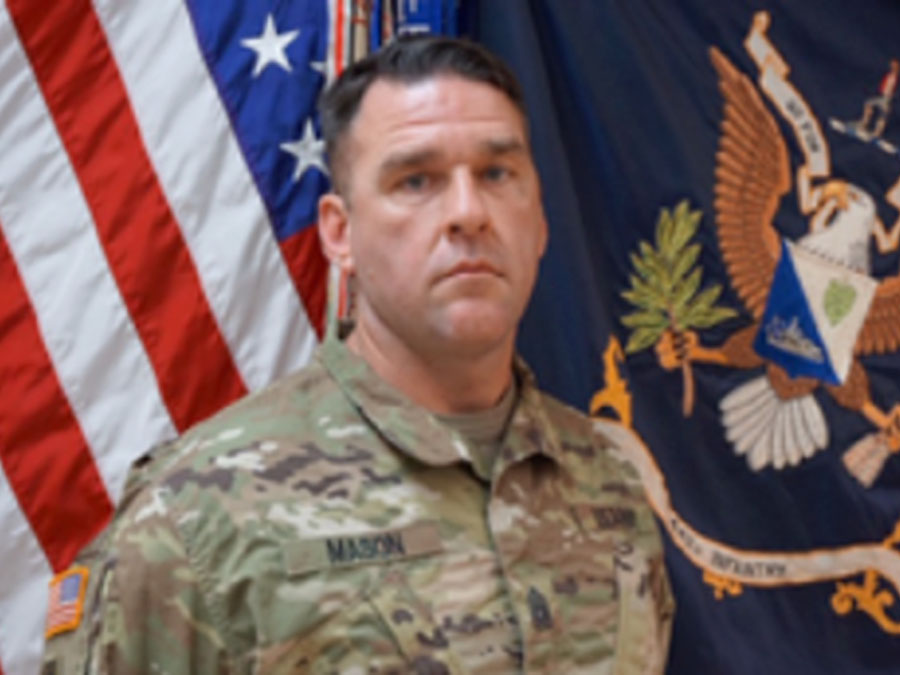 After completing Military Police training in 1994, he was assigned to the 368th Military Police Company, Santa Rita, Guam and rose to the rank of Sergeant. On May 1, 1998, he transferred to the 9th Regional Support Command, Fort Shafter, Hawaii, where he served as a Physical Security Inspector. On June 24, 2004, he transferred to the 657th Area Support Group and served as the Physical Security NCO.  On May 12, 2006 thru September 3, 2007, he deployed to Balad, Iraq, in support of Operation Iraqi Freedom, serving as the North Entry Control Point NCOIC.

On June 18, 2008, he transferred to the Headquarters and Headquarters Company, 100th Battalion, 442d Infantry Regiment.  On August 19, 2008 thru October 20, 2009, he deployed in support of Operation Iraqi Freedom, serving as a Platoon Sergeant, Third Platoon, Bravo Company, 100th Battalion, 442d Infantry Regiment, tasked to conduct Convoy Escort Missions throughout the Iraqi theater of operation. On October 21, 2009, he was reassigned to Headquarters and Headquarters Company where he was the Acting First Sergeant until April 1, 2010, when he was promoted to the rank of First Sergeant.

As a civilian, Command Sergeant Major Mason is employed by the Honolulu Police Department as a Metropolitan Police Officer, where he is assigned to the District 1, Uniform Patrol, with duties as a Patrol Corporal.