by Stan Shikuma and Walt Tanimoto 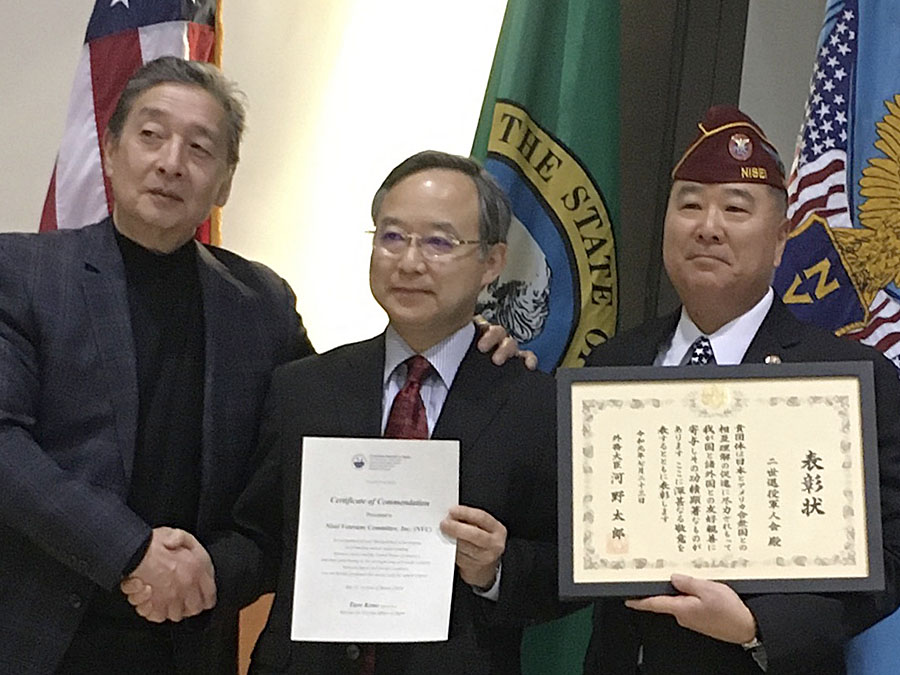 Over 105 people attended the 2019 Nisei Veterans Committee (NVC) Veterans Day Program at NVC Memorial Hall on Sunday, 10 November 2019. NVC Commander Walter Tanimoto welcomed everyone, and then special guest Secretary Norm Mineta (former Secretary of Commerce and Secretary of Transportation) spoke on the significance of the Nisei Veterans in winning redress.

Walt’s remarks included praise and prayers to the unit the NVC has adopted the 122nd Theater Public Affairs Support Element deployed to Afghanistan and Iraq.  He reminded the audience that one of NVC’s own, Colonel Stan Seo a life member of the NVC and Captain in the King County Sheriff’s Department, commands the 122nd and is in Afghanistan.  Walt also thanked the Cold War veterans for their service and contributions which helped to bring about the fall of the Berlin Wall symbolizing the beginning of the end of the Cold War. 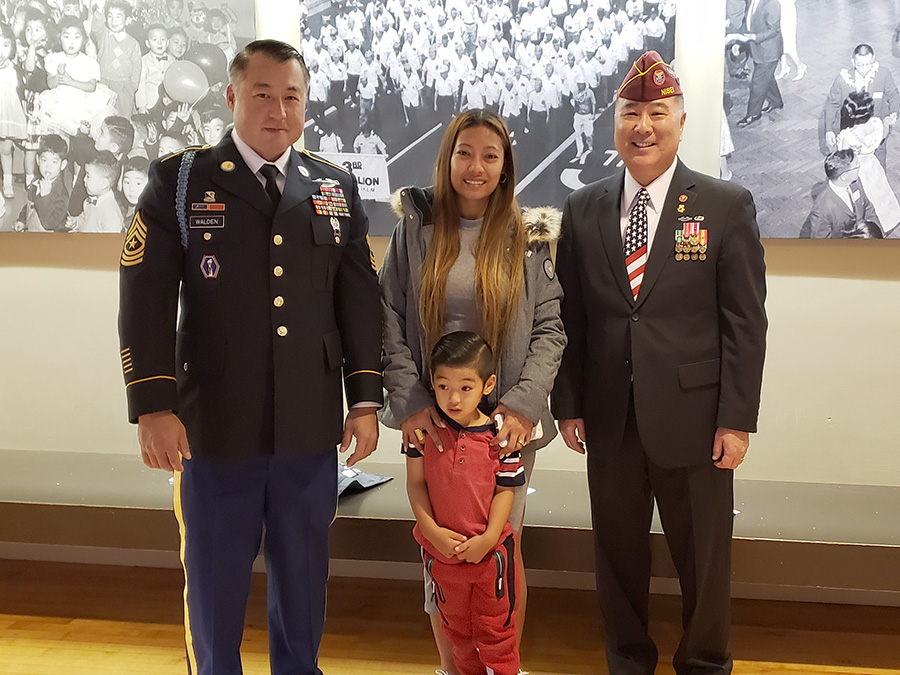 Walt ended his remarks by encouraging all veterans to be proud of their service, and to know that they made a difference.  He then asked all veterans to stand and raise their right hand and repeat after him reaffirming the oath they all swore when they entered military service: 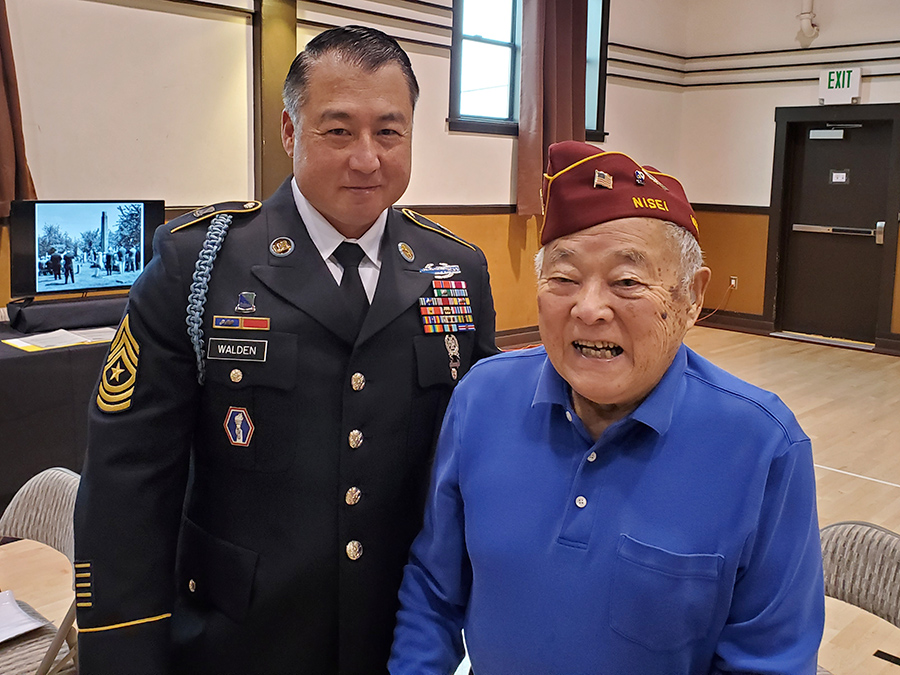 The keynote speech was given by Sergeant Major (SGM) Jerry Walden, who currently serves as the Battalion Operations SGM for the 100th Infantry Battalion-442d Infantry Regimental Combat Team (100th/442nd) out of Honolulu, Hawaii. He spoke about his family and of their military service.  He recounted the exemplary and unmatched record of the 100th/442nd and talked about his recent trip to France and how cities the 100th/442nd liberated during WWII continues celebrate their liberation annually to this day.  Lastly, he assured the Nisei veterans and their families that their duty and sacrifices are not forgotten among the current members of his battalion.  (Read SGM Walden’s entire keynote address later in this newsletter.) 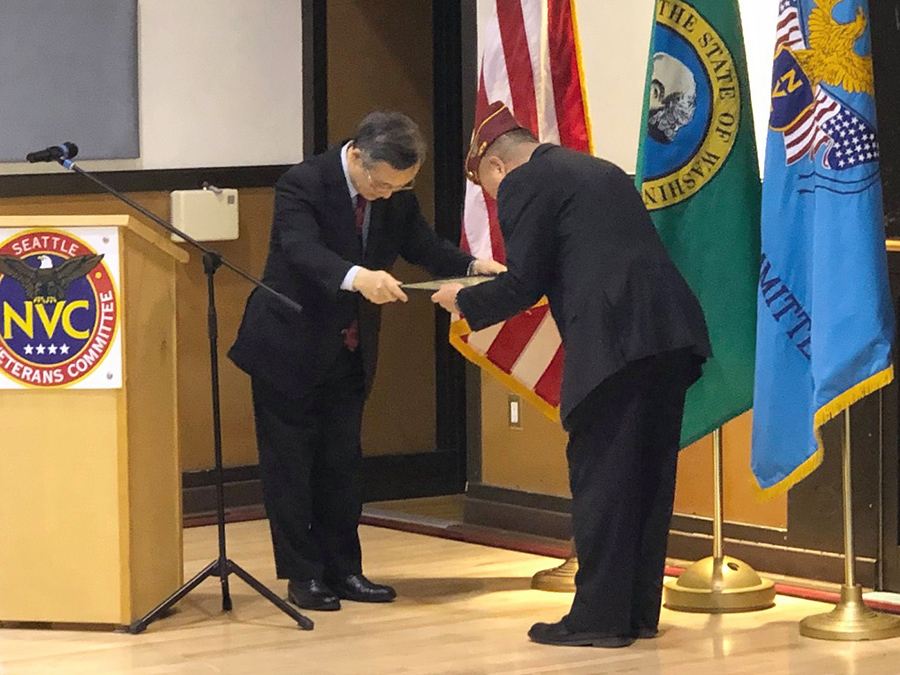 Consul General of Japan Yoichiro Yamada ended the program with the presentation of a Commendation from Japan’s Ministry of Foreign Affairs to the NVC in recognition of its “…distinguished achievements on promoting understanding between Japan and the United States of America and thus contributing to the strengthening of friendly relations between Japan and foreign countries..”

From the Consul General Yamada

“. . . all the success the Japanese companies made in the U.S. and the excellent bilateral relationship between our two countries we enjoy today were only made possible by the contributions of Japanese Americans, especially Nisei soldiers, and the trust and respect they earned by their sacrifice and bravery . . . believes that it is important for the Japanese Government to recognize Nisei soldiers’ contributions to U.S.-Japan relations . . . “ 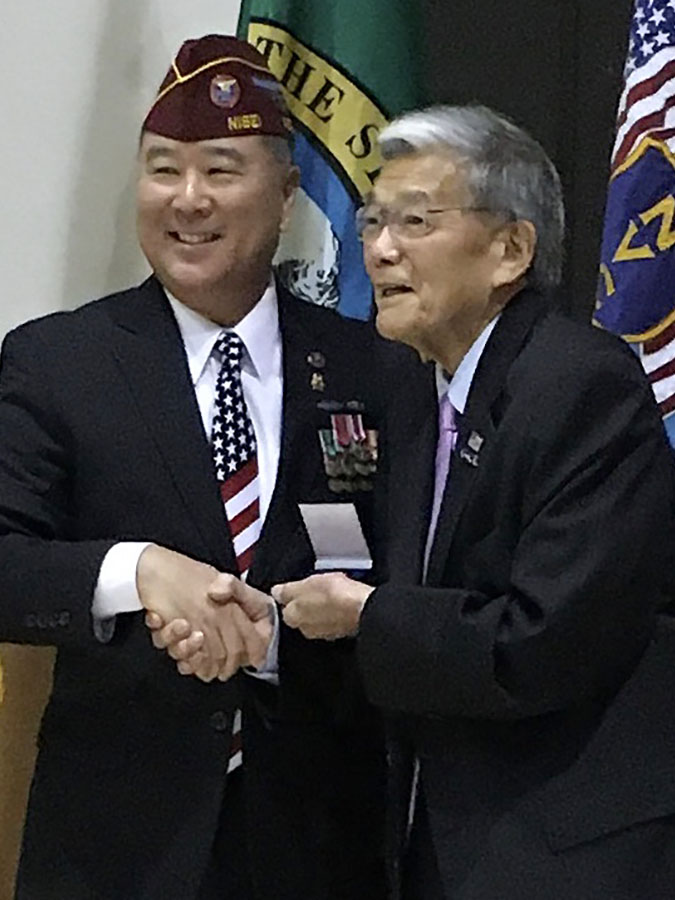 ”. . . tangible contributions NVC has made, it did so much to strengthen U.S.-Japan relations, such as the JGSDF/I Corps luncheon in September that NVC has hosted 6 times so far, the Uncommon Stories on Common Grounds symposium series that has been held 5 times in the past three years and brought probably more than two thousand people collectively, hosting and providing a venue for the receptions for visiting ambassadors, arriving and departing CGs, generously providing a tour of NVC Memorial Hall to educate the visiting dignitaries, etc., to name a few. Thanks to NVC’s efforts for the reconciliation between the Japanese American community and the county of Japan, we do now so much together.”

After the event all veterans, active duty service members, and special guests posed for a photograph, followed by a short reception. Thank you to all who came out to honor our veterans! 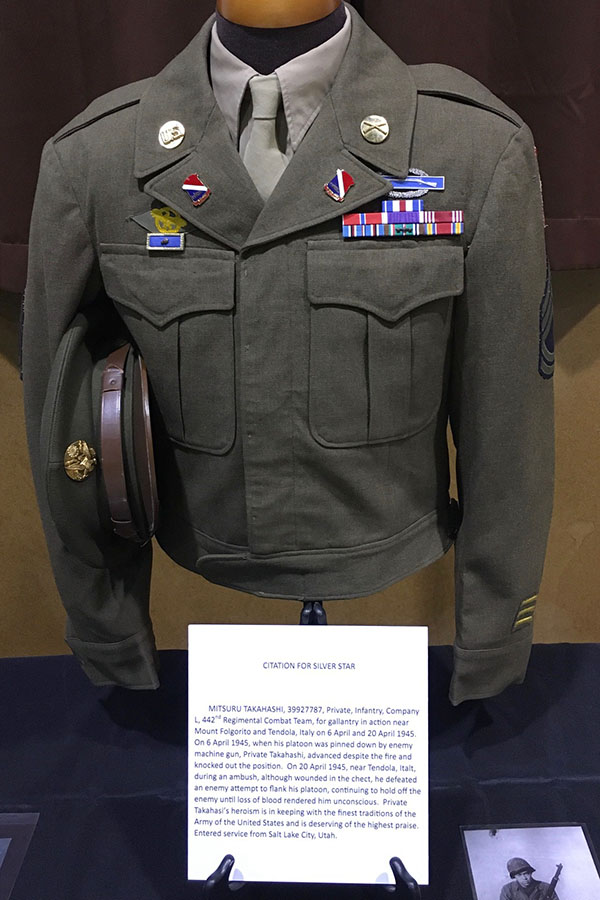 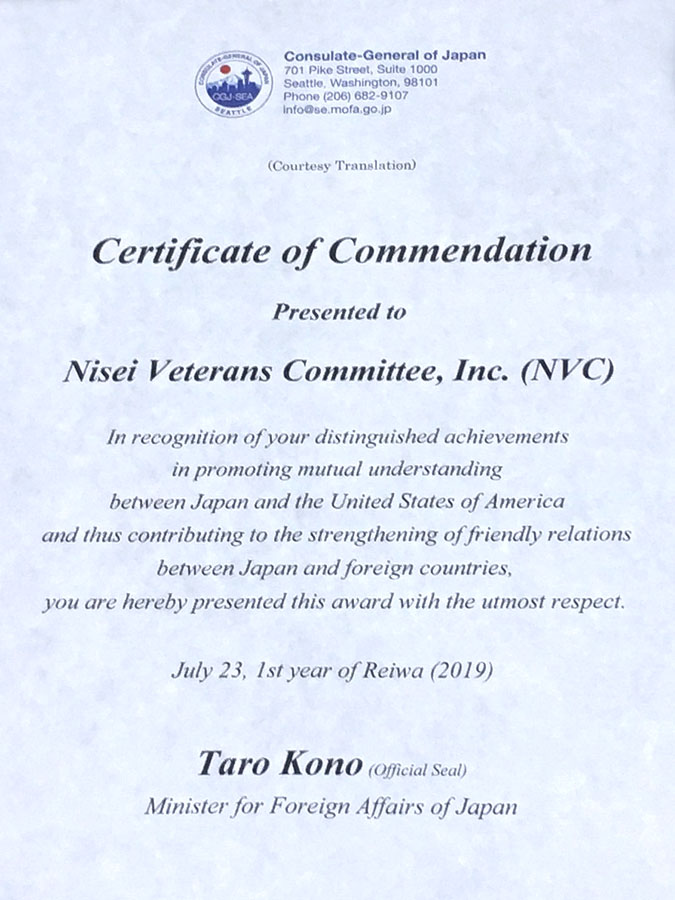 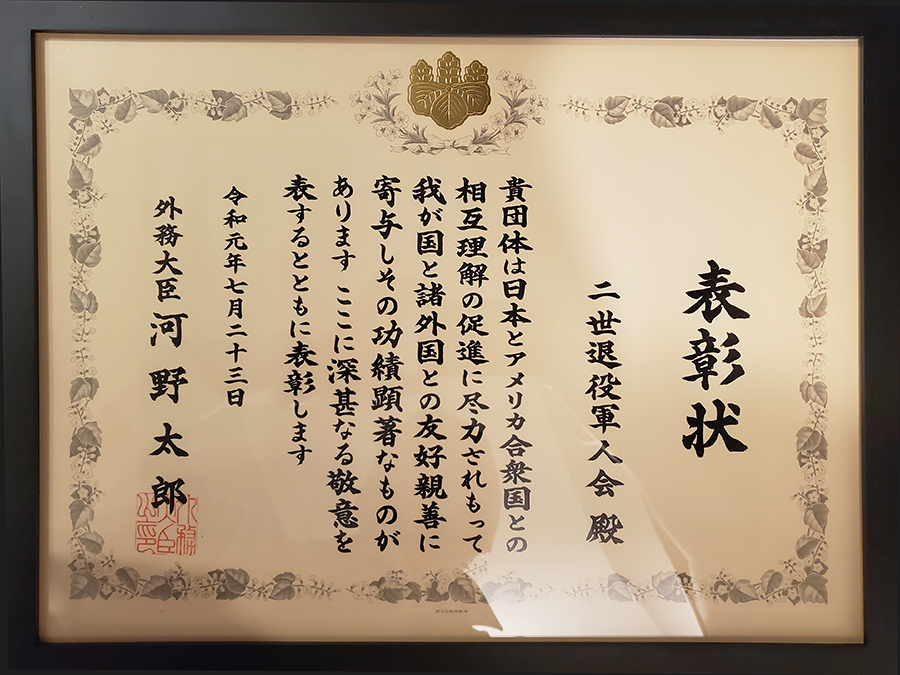