"For the Sake of the Children"

SOME MEMORIES ARE TOO PAINFUL TO REMEMBER.

SOME MEMORIES ARE TOO IMPORTANT TO FORGET.

“For the Sake of the Children”

A new documentary film, For the Sake of the Children, explores the impacts of Japanese American incarceration on detainees and their descendants.  The public is invited to participate in a screening and panel discussion on the following dates and locations: 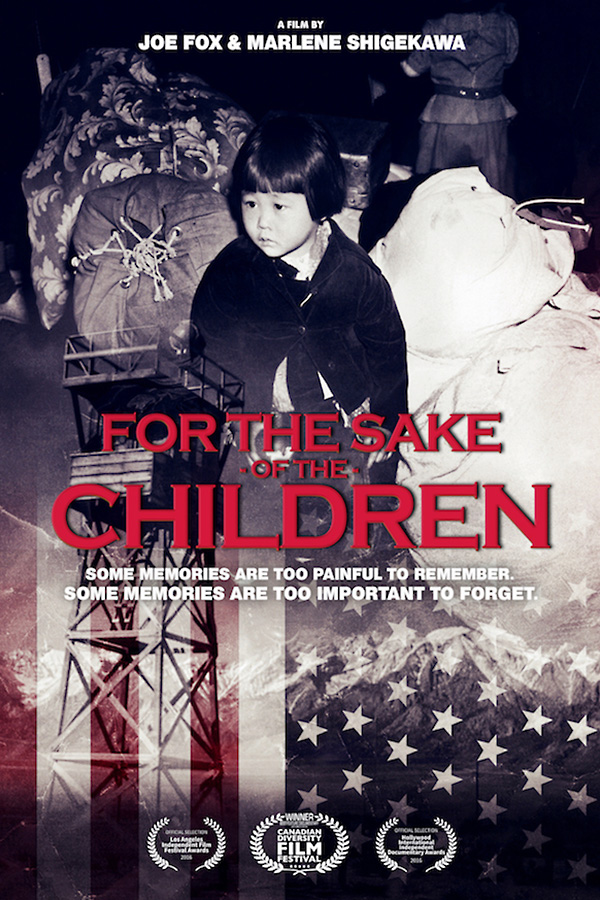 San Francisco Bay Area resident Marlene Shigekawa, the film’s executive producer and co-director, was born in the Poston Concentration Camp near Parker, Arizona and is president of the Poston Community Alliance (PCA). Poston was one of ten concentration camps that imprisoned more than 120,000 Japanese American citizens and Japanese immigrants living in Alaska, Arizona, California, Oregon, and Washington following the attack on Pearl Harbor. Their incarceration was authorized by President Franklin D. Roosevelt through Executive Order 9066, signed on February 19, 1942.

“This project began in 2012 as an outgrowth of my own family’s incarceration at the Poston camp and the traumatic impacts from that experience, which have resonated throughout my entire life. As I delved deeper into my own story, I connected with four generations of descendants, as well as families from the other camps, whose stories also needed to be shared,” Shigekawa explained.

Initially conceived to focus specifically on mothers who gave birth and raised children while incarcerated at Poston, the documentary was eventually expanded to include family stories from other camps after the PCA received grants from the National Park Service - Japanese American Confinement Sites Grant Program and the National Endowment for the Arts. Prior screenings have taken place in Los Angeles, New York, Montana, San Francisco, Fresno, Sacramento and San Jose.  Shigekawa produced and co-directed the film with director Joe Fox of Fly on the Wall Productions.

Both showings will be followed by a panel discussion featuring Marlene Shigekawa and local community members. In Seattle, the panel will be moderated by KOMO-TV morning anchor Ryan Yamamoto and include Masih Fouladi, Director of CAIR -WA (Council on American-Islamic Relations).

The Poston Community Alliance works to preserve the stories, artifacts and historic structures of the Poston concentration camp. The Alliance is currently leading an effort to restore a barrack at the Poston Camp I Elementary School site, a National Historic Landmark, and to create a visitor center.

For more information about the film and the Poston Community Alliance, visit: www.forthesakeofchildren.org.