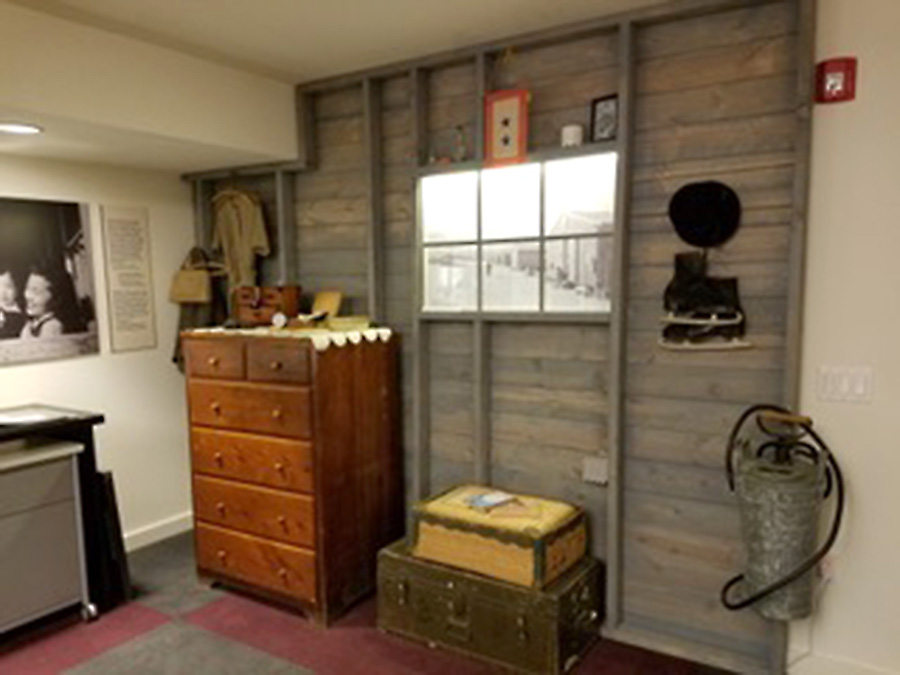 Over a year ago, Bruce Inaba had a vision for a new exhibit to add to the Incarceration Room at NVC Hall: a replication of a wall from a camp barrack, like the ones the Nisei lived in at Minidoka or Tule Lake. He pulled a team together of Paul Murakami, Doug Tsujii, and Geri Lynne Egeler to plan and design the construction of it.

In early 2017, Bruce made a proposal to the NVC Foundation Board and received budget approval for the new Exhibit Wall. With ongoing encouragement from Geri Lynne, Bruce proceeded to build the wall this past November in his carport at home during his spare time. After picking out the right wood and building the frame, he and Paul disassembled the wall, transported it to the Hall, and reassembled it there.

On December 13th, with the help of Paul, Doug, Geri Lynne and David Yamashita, the wall was finally installed. Bruce wanted the barrack wall replica to show how primitive the conditions were in camp, with thin boards and no interior walls or installation. His vision is now a reality and on display -- a tangible reminder of what our parents and grandparents lived through during WW II. Stop by and check it out!