Saturday, September 12th, was the NVC Foundation book launch for our graphic novel, Fighting for America: Nisei Soldiers. The book is a pictorial chronicling of the history of six local Nisei during World War II.  The project was a collaboration with the Wing Luke Museum, local writer and poet Lawrence Matsuda, and artist Matt Sasaki.

Matt, who is the son of our NVCF Education Director May Sasaki, is a newcomer to having his work published but amazed us with his unique styles of drawing.  Those who attended our book launch also found out that Matt has quite a sense of humor.  He even had Mayor Ed Murray cracking up. 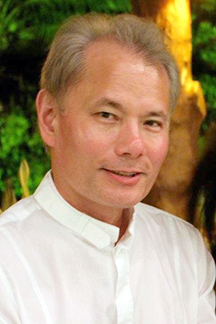 project was the brainchild of Lawrence Matsuda who was looking for a way to reach out to a new generation on the heroics of the Nisei Veterans during World War II.  The stories of Nisei veterans Shiro Kashino, Frank Nishimura, Jimmie Kanaya, Roy Matsumoto, Tosh Yasutake, and Turk Suzuki were adapted from personal interviews conducted by Lawrence and the NVC Foundation.  It started over three years ago but really developed momentum after the Wing Luke Museum and the NVC Foundation were successful in securing a grant from the National Park Services.  We couldn’t be more grateful to the National Park Services for their generous contributions to this project and past projects such as our museum exhibit titled “Voices of Nisei Veterans.”

But the true heroes of this project are the Nisei veterans themselves.  As much as I have learned about the Nisei veterans by watching documentaries, reading history books, and listening to the veterans in person, there was still so much to be gained by reading Fighting for America.

The perspectives are very personal.  To read about the frustration in Shiro Kashino when the exhausted 442nd/100th were called in to rescue the Texas Lost Battalion while other Caucasian troops with more rest were available, or the fear in Frank Nishimura when a grenade came flying out of a farmhouse as he got hung up on a grape vine wire while trying to escape.  You won’t find stories like these in a history book.

I was also fascinated reading about the heroics of Roy Matsumoto as he infiltrated the Japanese Army camp to learn about their plans to attack.  I never knew Roy but would occasionally see him when he would attend the NVC general membership meetings.  Roy couldn’t have been more than 5’ 3” tall and I never heard him say a word.  He was just the total opposite of what I would imagine a war hero to be like.  Roy was personally responsible for saving the lives of what was left of Merrill's Marauders.  Despite Roy’s courage, he lived in fear of ever having to shoot his own brothers who served in the Japanese Army.

One of the goals of Lawrence Matsuda in creating Fighting for America was to educate school children on the contributions of the Nisei veterans in American history.  Being a former educator, Lawrence also created a curriculum for using the book in classrooms.  But make no mistake about it: Fighting for America is worthwhile reading for everyone.