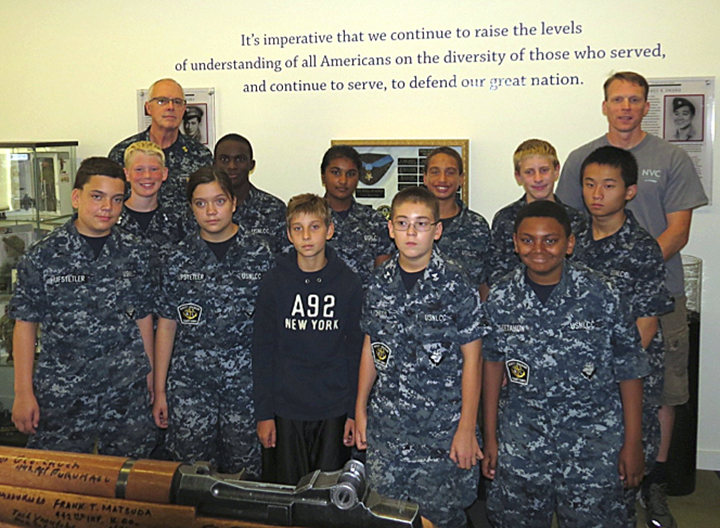 Navy League Cadets from Training Ship Henry M. Jackson toured the NVC Memorial Hall / Museum in mid-August, led by docent Chris Sketchley. The cadets were amazed at the heroic contributions that members of the 442nd Regimental Combat Team and Military Intelligence Service (MIS) made in Europe as well as the Pacific Theatre. The docent explained much of the history as well as many personal stories involving Japanese-Americans serving in World War II, the Korean War, and Vietnam.

The U.S. Navy League Cadet Corps is a youth organization dedicated to helping young people learn about Naval history, customs and courtesies. The program assists young males and females, ages 10-13, who are interested in developing their skills in leadership, basic seamanship, courage, self-reliance, military discipline, and who are committed to being drug and gang free.

The unit is sponsored by the Lake Washington and Everett Navy League Council of the United States. The unit’s name is derived from Senator Henry “Scoop” Jackson, who was a strong supporter of the sea services. After his untimely death, Congress approved naming a new Trident Submarine in his name. To carry on the tradition, the unit ch 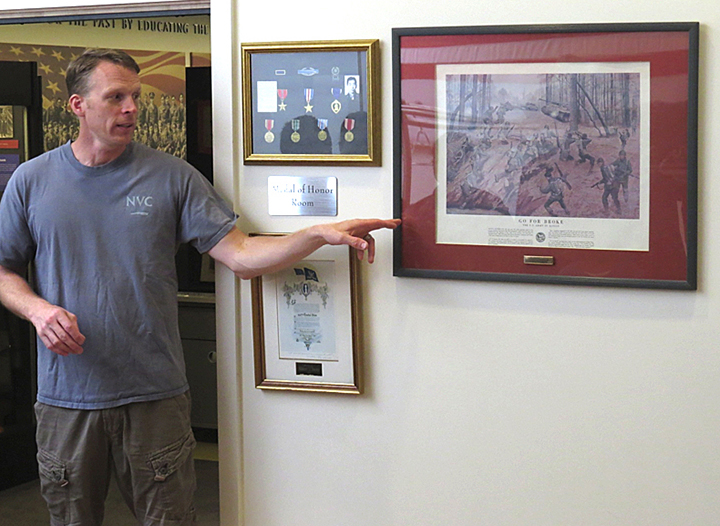 While cadet units are organized along military lines, their main purpose is to foster good citizenship and develop an interest and appreciation of our nation’s sea services: the Navy, Marine Corps, Coast Guard, and Merchant Marine. Upon reaching the age of 13 or 14, Navy League Cadets may join an older group called the Naval Sea Cadet Corps. This is a youth program for adolescents from ages 13 to 18.  Chris Sketchley was a prior Sea Cadet with the Carrier Nimitz Division in the late 1980's.  His unit drilled at the old Everett Reserve Center many years ago prior to NAV STA Everett being built.

Cadets are instructed by a variety of prior or current military personnel, by senior cadets, and by dedicated adult volunteer leaders who comprise the NSCC Officer Corps.

For more information about what these youth programs may have to offer your children / grandchildren, feel free to contract LCDR Jim Sketchley, NSCC at (661) 349-5157 or send an email to co@enlcc.org.