Ben Kuroki, legendary aerial gunner during World War II and JAVA Life Member, passed away on September 1, 2015, in Camarillo, California.  He was 98. 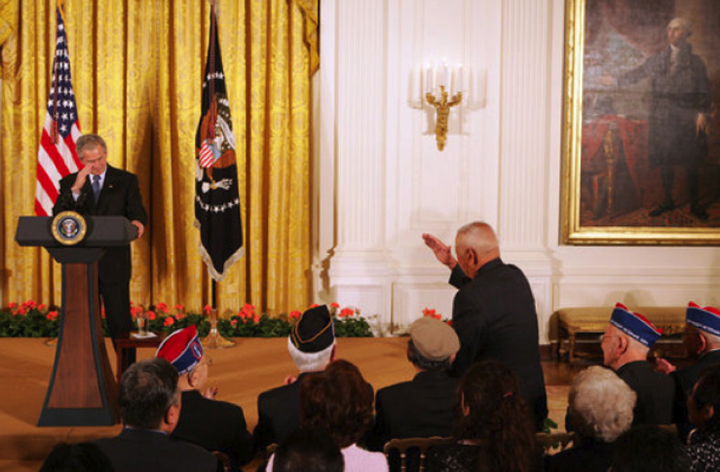 uroki was the first Nisei to enlist in the US Armed Forces during the war and was the only Nisei to serve as aerial gunner in the Asia Pacific Theater of the five Nisei aerial gunners during WW II.  Kuroki flew bombing runs in Northwest Europe, Northwest Africa, East Mediterranean (Balkans), and Central Pacific.   He received three Distinguished Flying Cross medals for flying 25 combat missions against Germany, the Ploesti air raid, and 28 missions in the Pacific.

When he was asked for his reaction to serve in the Army Air Corps, which institutionally wanted to keep the Nisei out, Kuroki said, “I had to fight like hell for the right to fight for my own country.”

Kuroki is survived by his wife, Shige, of Tyhee, ID; daughters, Kerry (Williams), Kristyn, and Julie; four grandchildren; and one great grandchild.